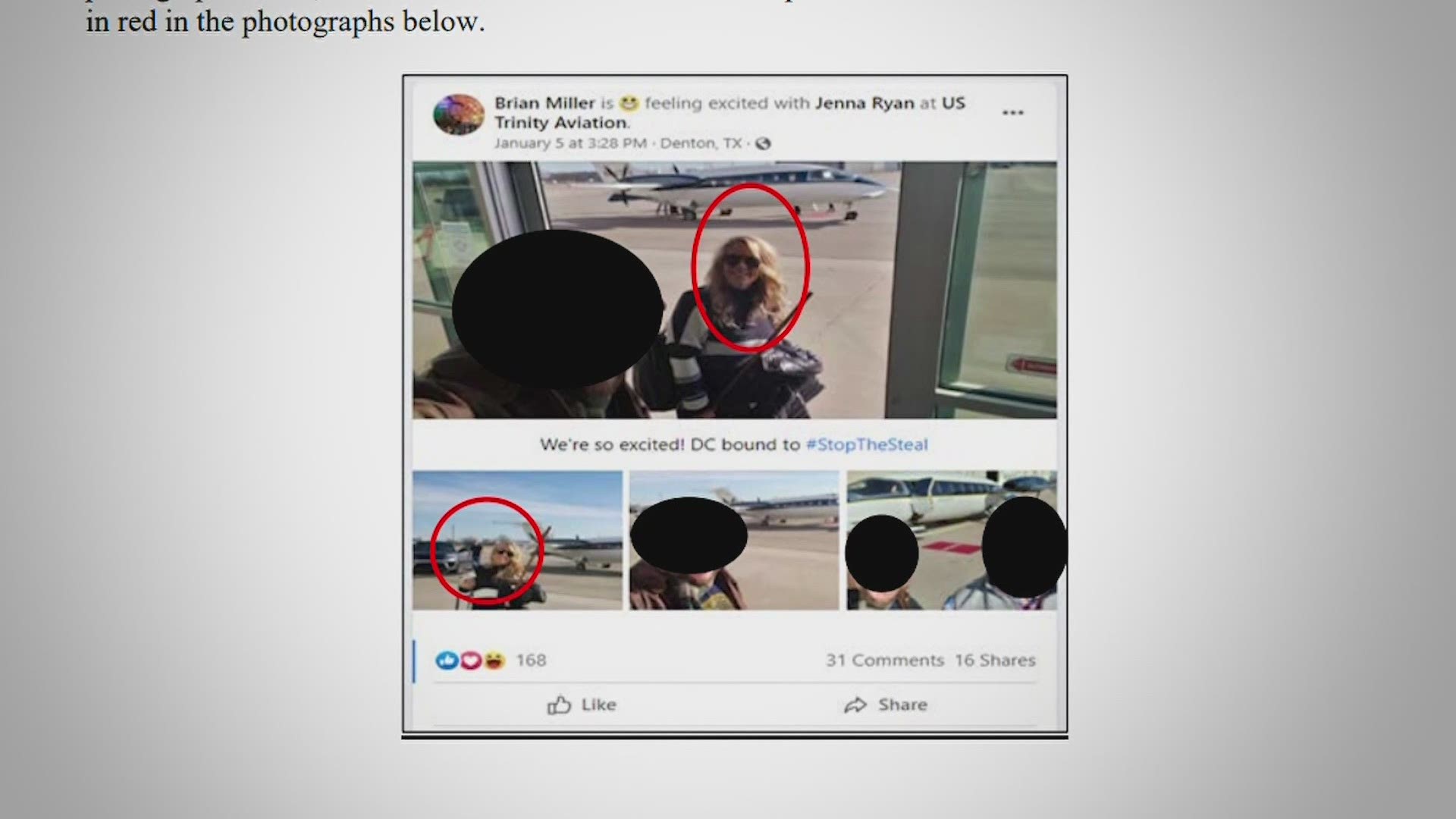 Note: The video above is from Jan. 15 when the woman was first arrested.

The Carrollton woman who was arrested earlier this month for her alleged role in the Capitol riots faces two additional federal charges.

Federal prosecutors allege Jennifer "Jenna" Ryan went inside the Capitol during the insurrection on Jan. 6.

The new charges include parading or picketing in a Capitol building and disrupting the orderly conduct of government business and official functions.

On Jan. 15, she was charged with knowingly entering or remaining in any restricted building or ground without lawful authority, and disorderly conduct on Capitol grounds.

She posted multiple photos and videos to social media from Washington, D.C., including a 21-minute long Facebook Live video from walking towards the Capitol, the criminal complaint said.