A couple runs Rock Steady Boxing in Dallas and Southlake to help people with Parkinson's disease in the DFW area. 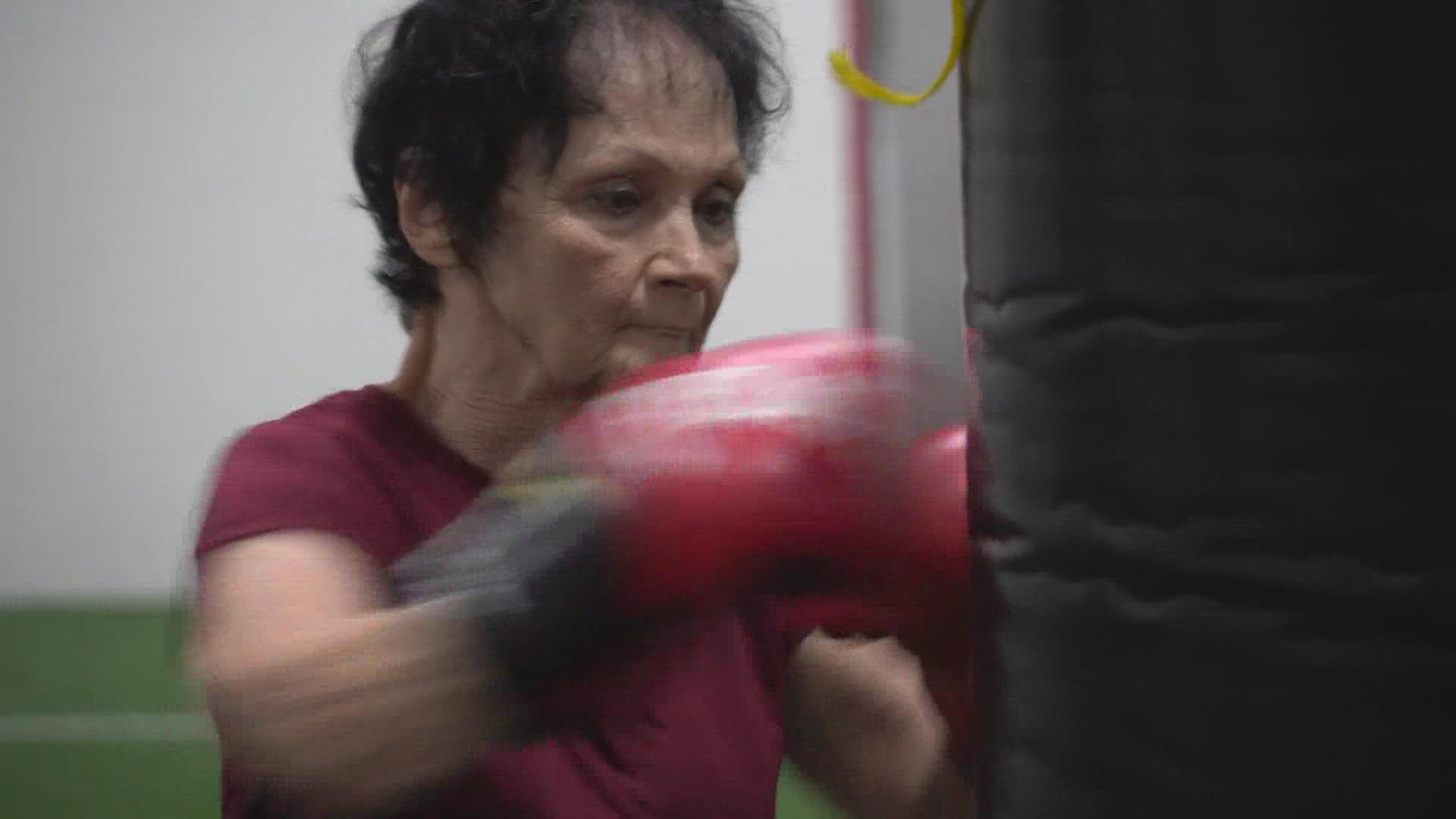 DALLAS — Three times a week at Extreme Studio Performance in Dallas, a group gets together to box. They're part of Rock Steady Boxing, a nonprofit exercise program made specifically for people with Parkinson's disease.

"Our boxers have gotten stronger and better at many aspects of their life and that is what keeps them coming back," Austen said.

During the COVID-19 pandemic, the workouts stopped for a while, but the Spoonts brought it back knowing how important it is for their fighters' quality of life.

Larry Kiser is one of the Rock Steady fighters. He's 74 years old and was diagnosed with Parkinson's last December.

For many years, Kiser watched his father struggle with the same illness. "My dad ended up in a scooter, and couldn't talk," he said. "When I see those that are more advanced, it just makes me work harder."

He was surprised how much Rock Steady Boxing helped him physically improve.

"In March, I went back to the doctor and he said whatever you're doing, keep it up because exterior appearances were gone as far as the trembling and things," he said.

Kiser feels stronger and hopes this will prevent his Parkinson's symptoms from advancing quickly.

Another fighter is John Thompson. He's 78 years old and has known about his Parkinson's disease for 13 years. He said the last year of the pandemic has been difficult.

"Parkinson's has been a real huge issue in our lives. I've deteriorated quite a bit in the last year because of not exercising like I should," Thompson said.

He's grateful to be back boxing at Rock Steady Boxing.

He understands the progression of the disease is inevitable. But if boxing can slow down the symptoms, he said it's worth fighting for.

"You can't stop it. You can certainly interfere with it by doing the right things," he said.

Classes are held on Mondays, Wednesdays and Fridays in Dallas, For more information on Rock Steady Boxing Dallas, click here.