Airbnb said in August more than half of its bookings were within 300 miles of the guest's home. 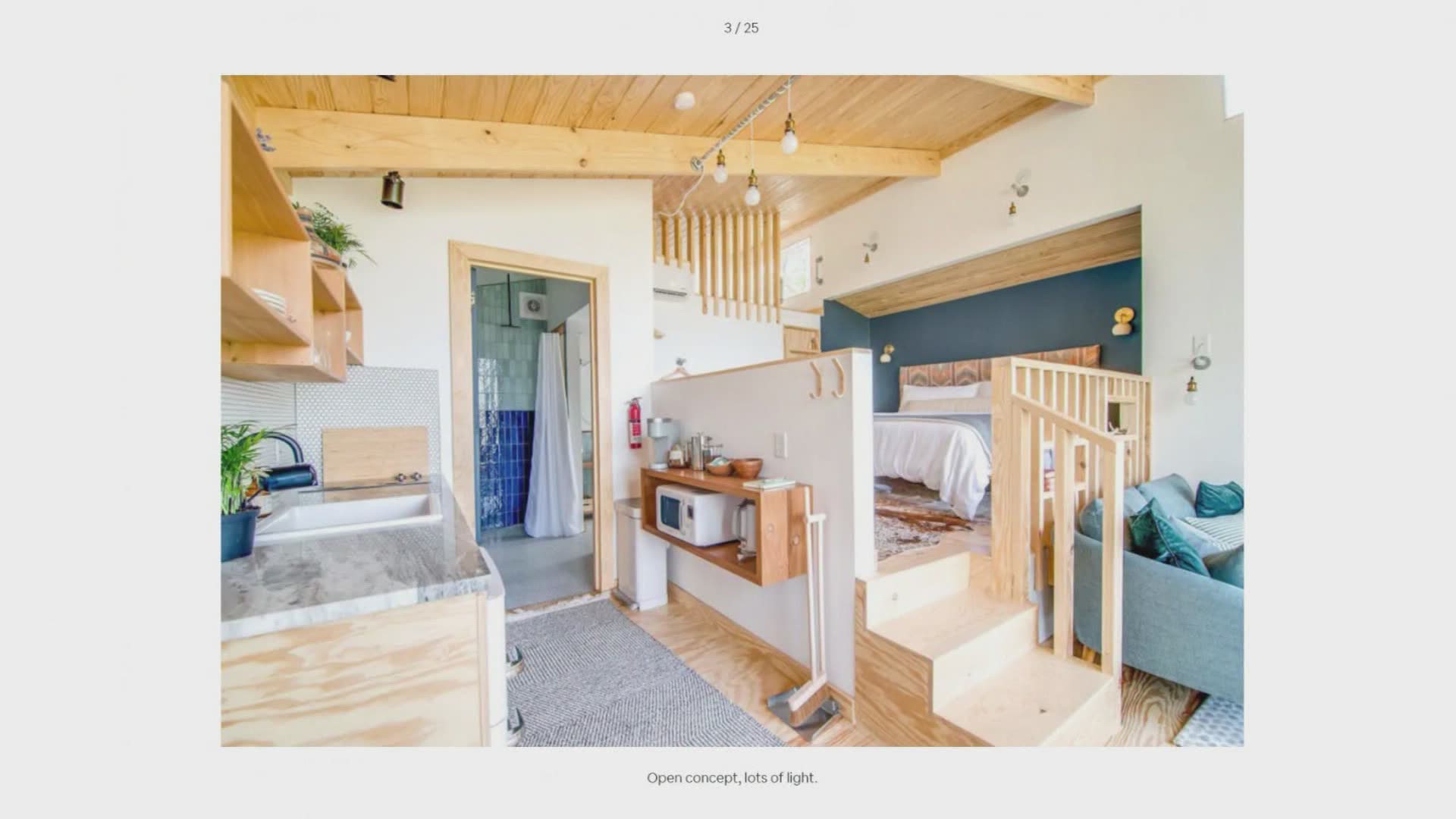 DALLAS — If you have the means and the itch to get out of dodge in 2020, you’ve probably spent time online searching for a change of scenery. You're not alone.

"We’re still pretty much booked up now that we’ve had the online traction we’ve been able to get," said Jacob Rhodes.

Rhodes and his wife run three (soon to be five) cabins at the HoneyTree in Fredericksburg. Before the pandemic, they drew pretty remote renters.

"Probably equal parts other places, so other countries, states and then about half Texans," Rhodes said. "Now, it’s like 95 percent Texans."

After a slew of cancellations in March, their bookings have come roaring back.

"It was like Houston, Dallas, San Antonio, Austin where people were getting out of the cities," said Rhodes.

"People want to get out, they want to travel, but they want to do so in a safe and responsible way," said Jose Luis Briones with Airbnb.

The company has numbers that show home rentals continue to be a top choice for socially distant vacations. Airbnb’s bookings for more rural areas have doubled this year. More than half of all its August bookings were within 300 miles of the guest’s home.

Fredericksburg, Texas even made it on Airbnb’s list of trending Labor Day destinations nationwide.

"Lots of folks are opting to take on that flexibility and just control as much of their environment as they can, and they can do so much more easily booking a home on Airbnb," said Briones.

With no change in the pandemic, Rhodes believes those feelings on travel will be here a while.

RELATED: Need to 14-day quarantine after travel? CDC says consider where you've been

"I think that people’s habits will change, or have changed, a lot and will likely not go 100 percent back to what they were prior to the pandemic," he said.

Still, that’s a good thing for his business and those looking to just go anywhere.

"It’s been a reason for people to discover something that’s close to home which is awesome," Rhodes said.