Two Irving police officers approached a man trying to take his life. They had seconds to decide what to do. 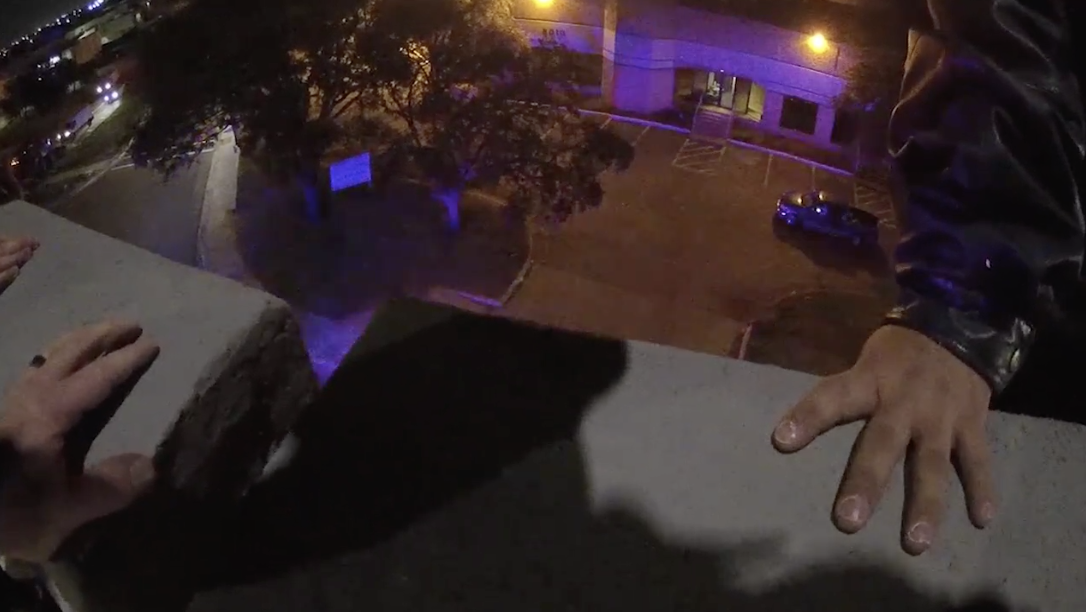 IRVING, Texas — Daniel Wilson, 23, always knew he wanted to be a police officer. Now in uniform, he's never been more sure. He's still in training, but officer Wilson has already experienced a call he will remember for the rest of his life.

Working with 10-year veteran officer Kyle Chaisson, they responded to an attempted suicide call. A man was standing on the outer edge of a highway overpass on westbound Texas 183, near Regal Road, with about a 60-foot drop to the ground below.

Body camera footage captured the incident. Wilson is heard in the video asking, "Why are you standing out here on the side of the road?"

The man told the officers he was going to kill himself.

They tried to talk him down, but the man moved his left hand off the barrier he was holding.

"And then his right arm came off the light pole," Wilson said.

Right away, Wilson and Chaisson grabbed the man and pulled him over the ledge to safety.

You can hear sobbing in the video. What's not shown on camera are the next 45 minutes as the police officers sat and talked with him.

"I think all he really needed was just to talk to somebody," Wilson said.

He said the man thanked the officers for what they did.

Police Chief Jeff Spivey is proud of his veteran officer and young recruit.

"They used all of the training that we provide them, and they are certainly a great example of the work that the men and women of the Irving Police Department do on a daily basis," Spivey said.

Spivey recently launched a mental health response team. He said situations like this are why the team is needed. He hopes with the new program and training, there can be more suicide prevention.