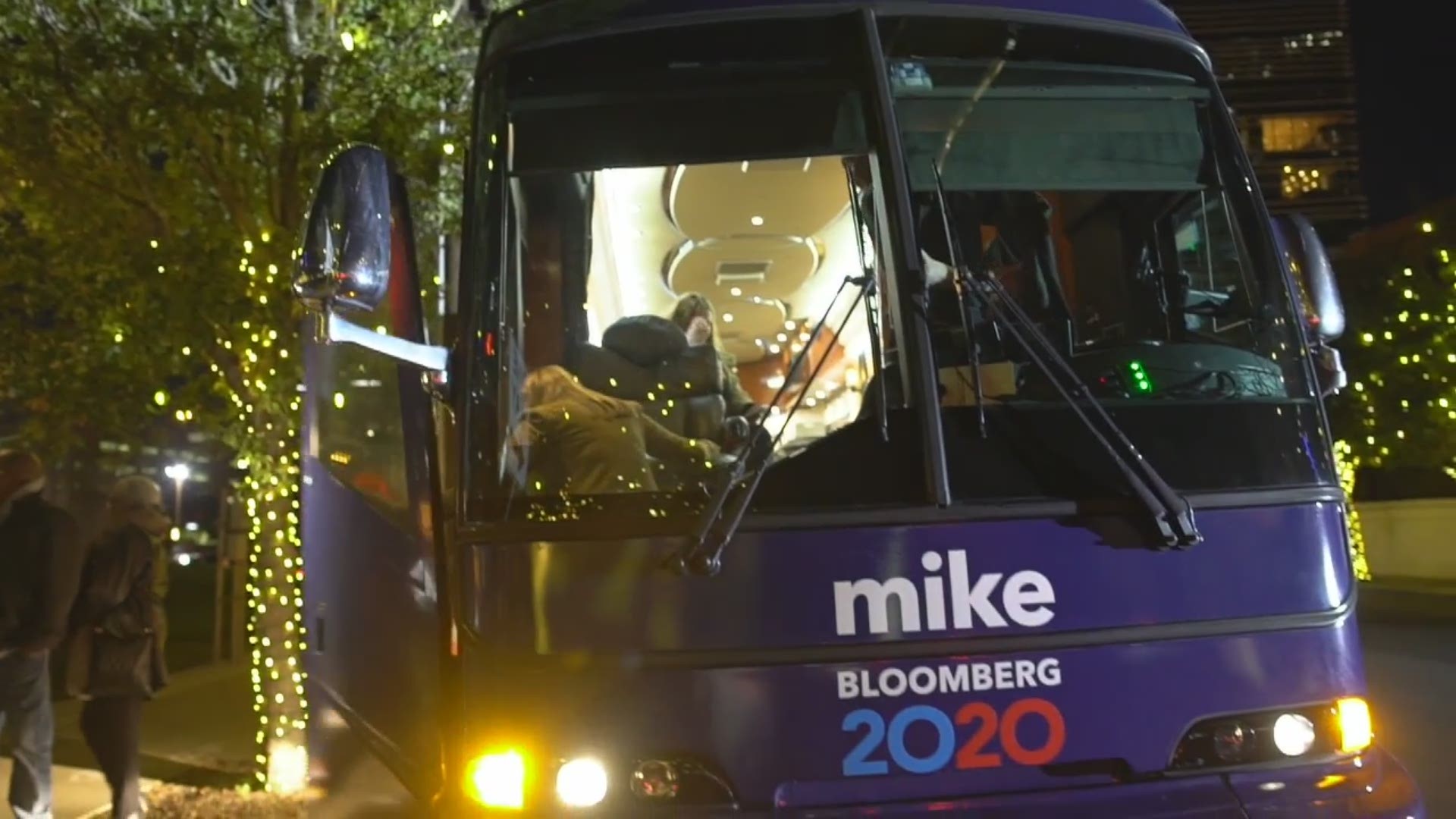 DALLAS — Democratic presidential candidate Michael Bloomberg made a stop in downtown Dallas as part of his bus tour through Texas.

The event was part of the kickoff to his “National Day of Action” — motivating his staff and volunteers nationwide.

He visited Austin and San Antonio, before wrapping up the tour Saturday night in North Texas.

Judy Sheindlin, who is also known as Judge Judy, introduced Bloomberg to the crowd in Dallas.

"We're all here because we have to win this election," Bloomberg told his supporters near Reunion Tower in Dallas. "I'm here because I have to beat Donald Trump."

Bloomberg had plenty of jabs at the president but also told supporters why he’s noticeably missing from the debates.

"It’s simple. The party requirements are that you have 225,000 people that give you some money. But in three elections in New York City I’ve never excepted a dime from anyone else,” he said.

Whether he wins the nomination is up to the voters, and he met plenty of them during his whirlwind trip through the Lone Star State.

"I’m hopefully getting some traction and I believe he’ll get the nomination," Rebel Robinson said.

He formally launched a Democratic bid for president in November 2019. Bloomberg currently has more than 500 volunteers in more than 30 states, according to a news release from the campaign.