According to Dallas CASA, 33% of children living in foster or kinship homes because of abuse or neglect are Hispanic. 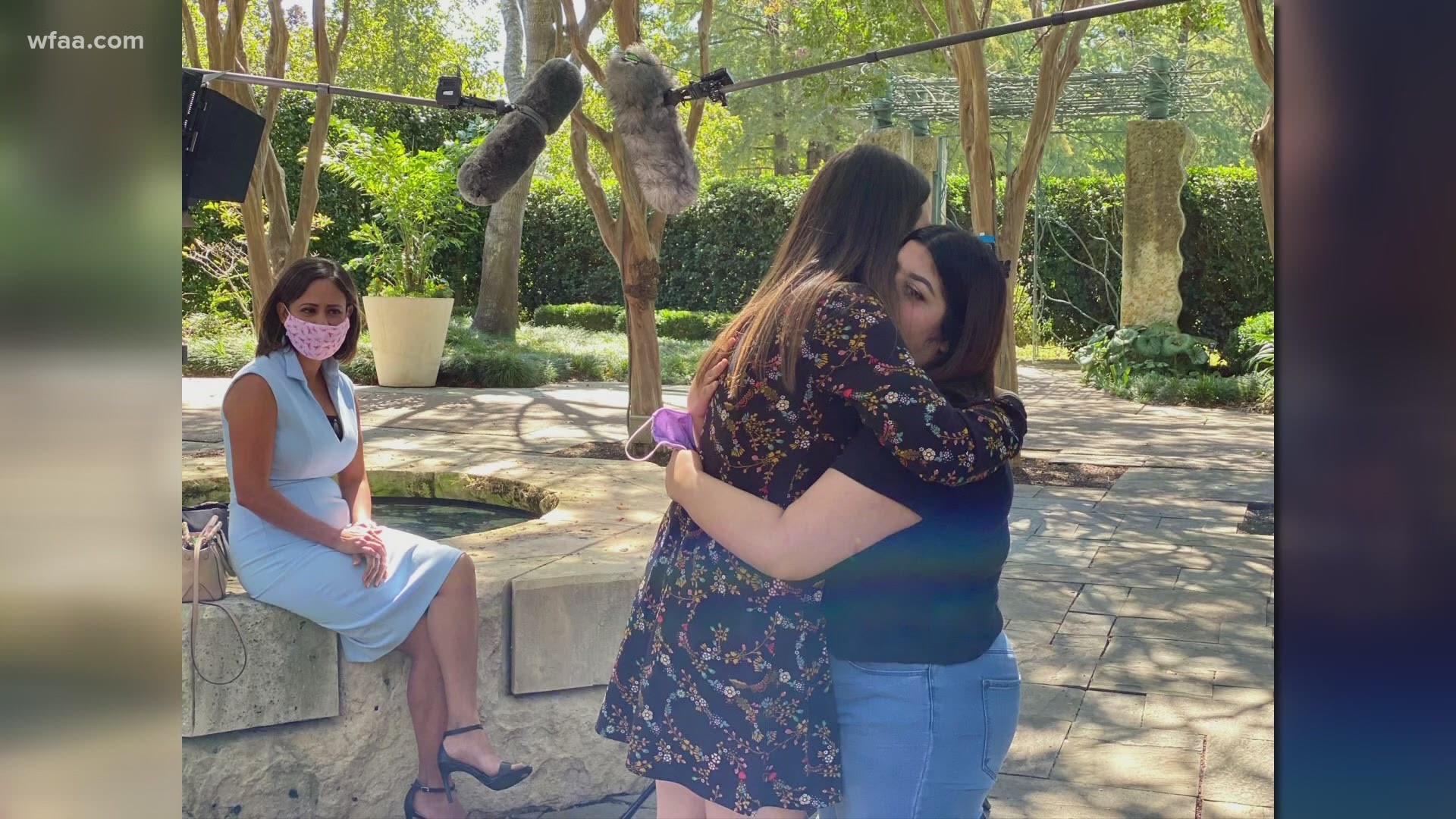 DALLAS — When a child has been removed from their home because of abuse and neglect, it is incredibly frightening. On top of that, imagine moving into a stranger's home who can't understand you.

It's said that it takes a village to help children, especially the most vulnerable. Well, there's a wonderful way for you to help, especially for those who speak Spanish, even a little.

Maria Rico was 15 when Child Protective Services removed her and her brother from their father's custody two years ago.

Her eyes swelled up with tears as she opened up about that devastating time in her life. There was no sunshine for the next several months, only darkness.

"They were close to separating me and my brother and I asked for them please not to separate us," she said as tears rolled down her face.

Maria and her brother were placed in a foster home. They also got a Dallas CASA advocate.

"I remember Susan was the person who would talk for us. Would speak for me and my brother. She would help us out with what to do and not to do. She was like a very helpful person in our lives," she said.

Susan Sanchez is a court appointed special advocate or CASA. It's a volunteer position to advocate for children like Maria.

"She would always tell me positive things," said Maria.

Sanchez's job was to speak in front of a judge on Maria's behalf and to be a constant presence in her life.

"She would take us places to forget about our problems. She was just a sweet and nice person," said Maria.

"I was surprised," said Maria.

"I'm not a native speaker. I learned in school and was always interested and studied abroad. And when I was doing my CASA training, I became aware of the need for Spanish speakers," said Sanchez.

According to Dallas CASA, 33% of children living in foster or kinship homes because of abuse or neglect are Hispanic.

The nonprofit says they don't have enough bilingual CASA volunteers to help fill this need.

"You recognize their culture, their identity, you become an extension of the family. You understand them on a more intimate level. There's just a trust that's there," said Sanchez.

The trust they built played a big part in getting Maria and her brother safely reunited with family.

Brenda Villagomez is a Dallas CASA supervisor. She was one of the first people who met Maria and her brother when they were removed from their biological home.

Villagomez comforted them, let them know they were not alone and worked with Sanchez to help them.

"The reward is knowing that they were able to build a bond and to build a trust and to be able to have that connection with each other," said Villagomez.

The feeling is mutual.

"She also made a difference in my life," said Sanchez.

Sanchez used her voice to help Maria blossom into a young lady with a bright future -- something neither one of them will ever forget.

If you would like to learn how to become an advocate for children in foster care, visit at DallasCasa.org.