O'Rourke announced his candidacy last Monday. Three republicans are running for the office, too 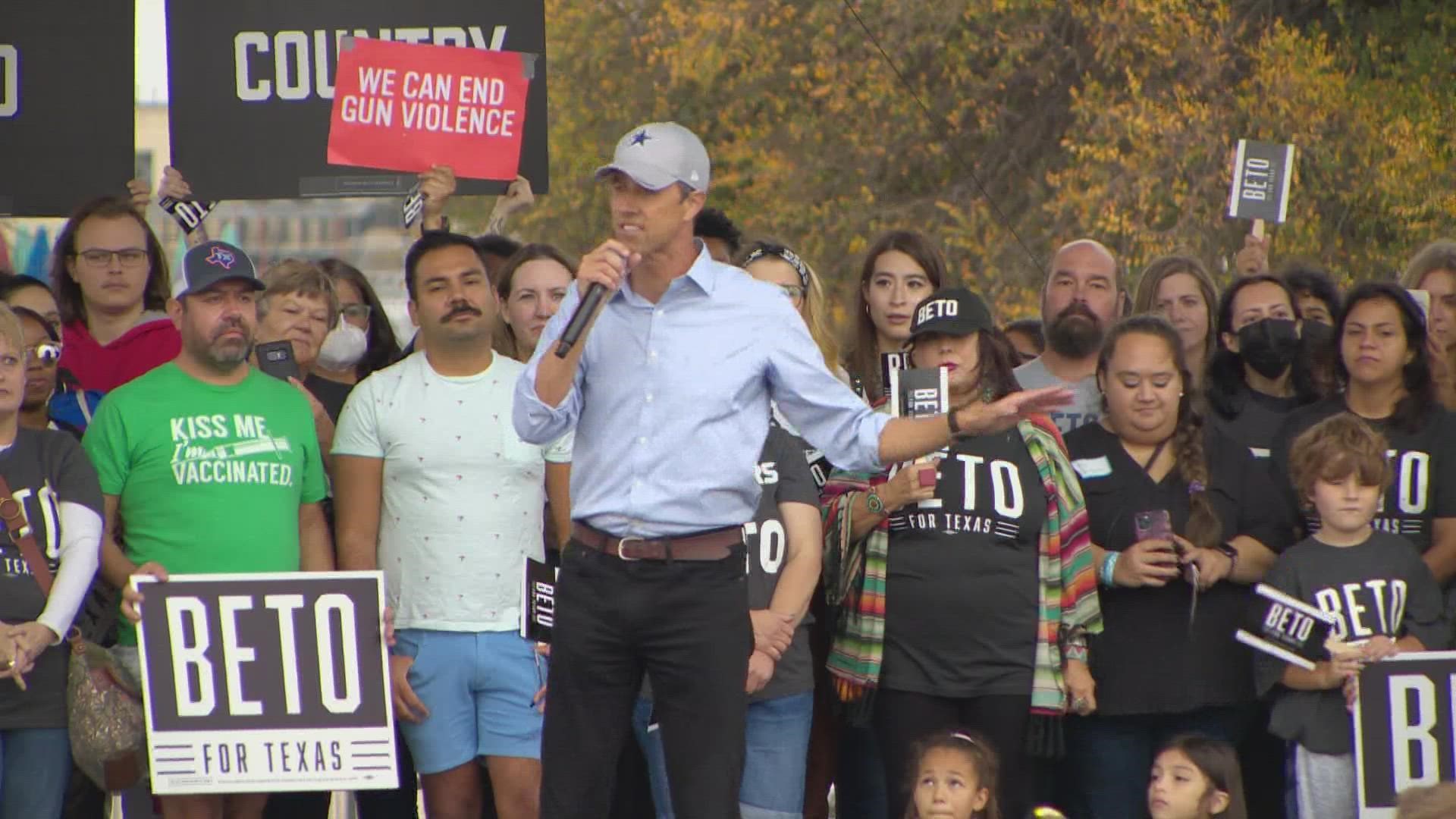 DALLAS — In front of a crowd of a several thousand, Beto O’Rourke kicked off his campaign for governor in Fair Park Sunday.

It’s part of a tour of Texas after announcing he’d run for governor last Monday, and his message was of unity over party.

“This cruelty of pitting each other against one another and further dividing this highly polarized state, that is not us,” O’Rourke told the crowd. “We are not Republicans or Democrats but that we are Texans first and foremost before anything else.”

“We’re just under a year out of this election and there are literally millions of voters that we have yet to meet and listen,” O’Rourke said in an interview after the rally. “If we show up everywhere, talk to everyone, write nobody off and take no one for granted, I’m confident we can win this.”

O’Rourke hit some of the themes of his initial announcement from lowering property taxes, using federal fund to expand Medicare, legalizing marijuana and Texas’ winter freeze.

“We’re going to make sure that in an O’Rourke administration, we weatherize the grid,” he said.

Abbott has criticized Democrats for killing energy jobs, but O’Rourke said he wants to work with industry experts to build the workforce.

O’Rourke also repeated his criticism for Texas’ anti-abortion law that could get a U.S. Supreme Court ruling Monday.

“Texas is already at the epicenter of a maternal mortality crisis as we’ve made it harder for women to get reproductive healthcare, to get a cervical cancer screening, to see any kind of doctor at all,” O’Rourke said.

He said he wants to focus on what he called common ground issues: better healthcare and schools and bigger paychecks.

“We’ve got to be focused like a laser on jobs,” he said. “We’ve got to make sure we’re educating a workforce that can take those jobs so this focus on schools and making sure our teachers have the resources including a salary that allows them to just work one job.”

Each answer and each line came back to the same opening theme. O’Rourke’s message and goal will be trying to convince Texans he’s the candidate for unity in a state that remains divided and with criticism from Gov. Abbott that O’Rourke is too liberal for Texas.