Maurice Hill was just days from getting the vaccine before he got sick with COVID. The long-time football and track coach leaves behind a wife and five children. 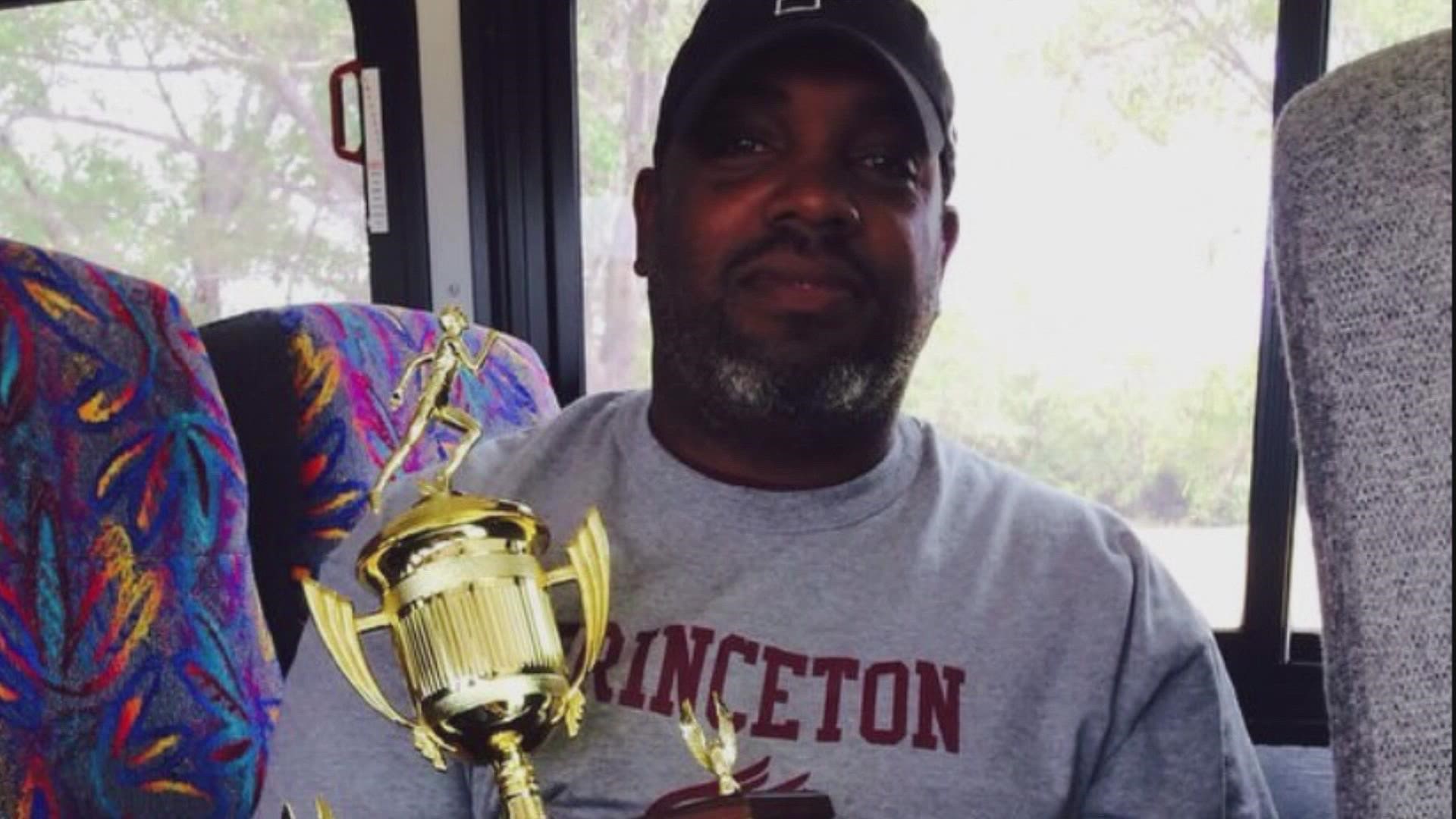 PRINCETON, Texas — Maurice Hill, a husband and father of five, died of COVID-19 in mid-September. His family told WFAA he got sick in late August and was admitted to the hospital.

Hill was on the mend and one day from being released to a long-term care facility before things turned worse.

“He’s the full embodiment of an educator, a coach, and a father figure,” said his son, Marcellus.

If you ask anyone around Princeton about Coach Hill they’d tell you he was not just any coach.

Princeton ISD Athletic Director Stacy Dillard said Coach Hill had a way of connecting with players. It’s a trait Marcellus and his brother Morgan also knew he had.

“If you know Coach Hill, he was everything you needed him to be,” said Dillard.

Hill was the track and field coach at Princeton High School. He’d been with the district for eight years. Prior to that, he was in Terrell and Ennis.

“It doesn’t hit the same when it’s close to you, and you never think it’s going to be you,” said Marcellus.

The family said Hill was waiting for FDA approval of the vaccine before getting it. He was concerned that complications would arise with his diabetes. His family said he was just days away from getting the vaccine, and then he got sick.

“I went ahead and decided to go do it,” said his brother Morgan, who decided to get the vaccine after seeing Hill’s fight with COVID.

Morgan said he will miss the late night talks with his younger brother.

There was certainly enough to talk about. Years, together, he and Hill started a community track program for underserved kids in their hometown of Terrell. Morgan said all the kids affectionately called Hill “Unc.”

“We laughed and cried. It seems like we cried more than we laughed,” said Dillard.

This week, more than 200 students wore blue in honor of Hill. Students even organized a one-mile run in honor of the track and field coach.

“Nobody organized that but the kids themselves,” said Marcellus.

Family and friends told WFAA that all the things done in his honor were a testament to his effect on kids.

Morgan said Hill was not just focused on athletics but also focused on finding kids a lane to college. He would give kids rides to PSAT and SAT classes and tests.

A celebration of life is planned for Saturday in their hometown of Terrell. A funding page has been set up to help the family with expenses.