The 60-year-old was known for his cotton candy and helping other street vendors. He was found dead in his rented room on Tuesday morning. 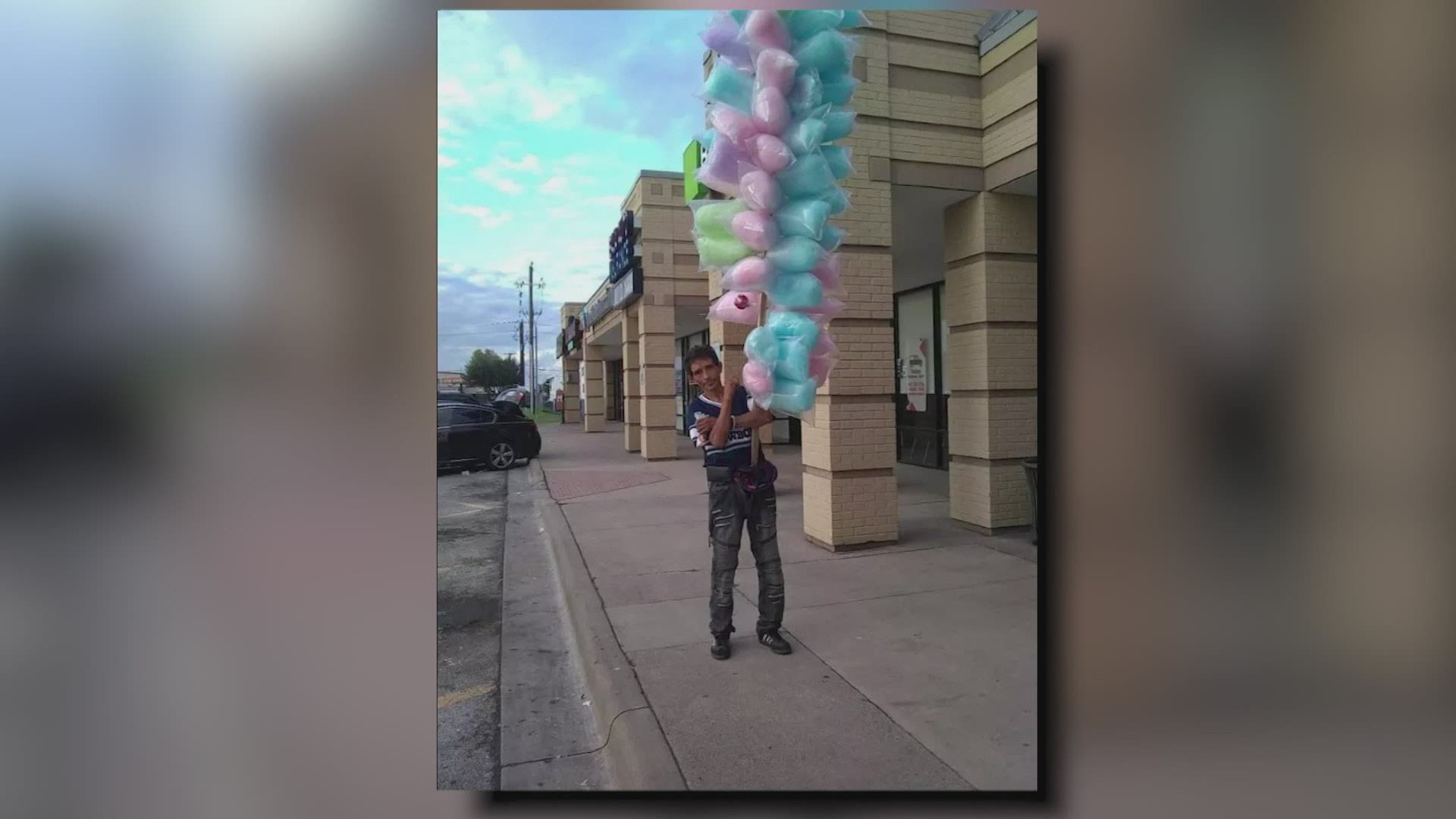 DALLAS — Leobardo Torres Sanchez was usually found around Deep Ellum, selling cotton candy and apples. He was well known to other street vendors and community members.

Sanchez was found dead in his rented room on Tuesday morning after his daughter asked for help when she couldn't reach him.

Miriam Torres Leon said it was because of those individuals she was able to locate her father.

Leon lives in Mexico and her dad had lived in various parts of the United States for the past 17 years. For the last eight years, he lived in Dallas.

“I spoke to him daily so much so he told me to not worry but said if I didn’t hear from him for more than 15 days, he might be dead,” Leon said.

The 60-year-old spoke with his daughter for the last time on February 12.

“He told me he was very cold, he had several jackets on and was under several blankets,” said Leon, “he told me I can’t stand it [the cold].”

RELATED: 'This was a devastating event,' CEO says in ERCOT board meeting after millions lost electricity last week

Sanchez lived alone in a small room in Dallas. He described to his daughter his home as a ‘pueblito’ or a small home. Leon didn't know exactly where it was located, and the two had no family in the area.

As Leon grew concerned, she made a plea on social media for anyone with information on her father’s whereabouts to contact her.

Her post gained momentum and a friend reached out to help. Blanca Paredes was able to find Sanchez’s home and call the Dallas Police Department for a welfare check.

According to Leon, police arrived to find Sanchez deceased in his bed under layers of blankets. Due to his body’s decomposition, authorities told his family they believed he had been dead for days.

Although she is grieving, Leon said she's found some solace in the number of people who have reached out to her with stories of how Sanchez helped them in their time of need.

“I had a man tell me how my dad brought 40 cotton candy bags from him after he hadn’t been able to sell any,” said Leon.

Individuals on the Facebook page, We Are Deep Ellum, remember not just buying cotton candy from him but his dancing skills too.

One person wrote, "I'll never forget the time I bought your entire stick and shared it will my coworkers at Bomb Factory."

A GoFundMe page has been setup to repatriate his body back to Mexico where his family resides. In less than a day the page has raised over $2,000.

His daughter said Sanchez came to the U.S. to follow the American dream and had plans to return to Mexico.

Learning about her dad’s big heart and generosity gave Leon a bit of pride about being his daughter.

“I am thankful for everyone’s kindness and generosity,” Leon said.

The family is waiting for the medical examiner to determine the cause of death.

RELATED: 'You deserve answers. You will get those answers,' Gov. Abbott vows to Texans in winter storm update