Deputy Shawn Hearn performed CPR on the infant for nine minutes until EMS arrived on scene. 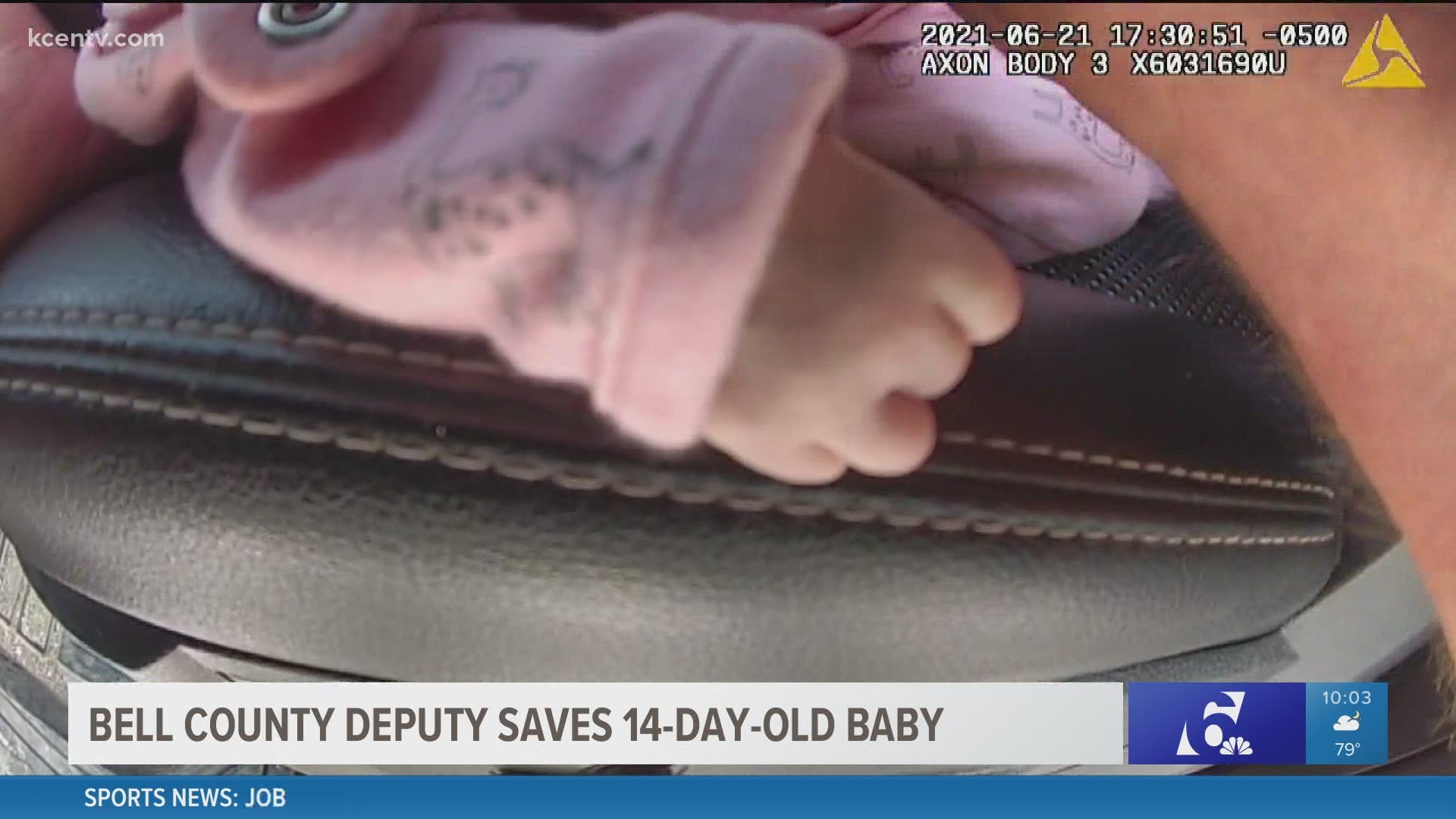 ROGERS, Texas — A Bell County Sheriff's Deputy is being hailed a hero after he helped save the life of a 14-day-old baby in Rogers on June 22.

Deputy Shawn Hearn responded to a call from a frantic foster mom who said her infant had turned blue and became unresponsive while traveling. Once Hearn was able to locate the vehicle on the side of the road, he performed CPR on the child for nine minutes until EMS arrived on the scene.

According to the department, the infant began to breathe on it's own once it was placed inside the ambulance. Deputy Hearn turned his attention to comforting the foster mom after the ordeal, reassuring her that everything would be okay.

The foster mother reported the infant is doing well thanks to the quick actions of Deputy Hearn.