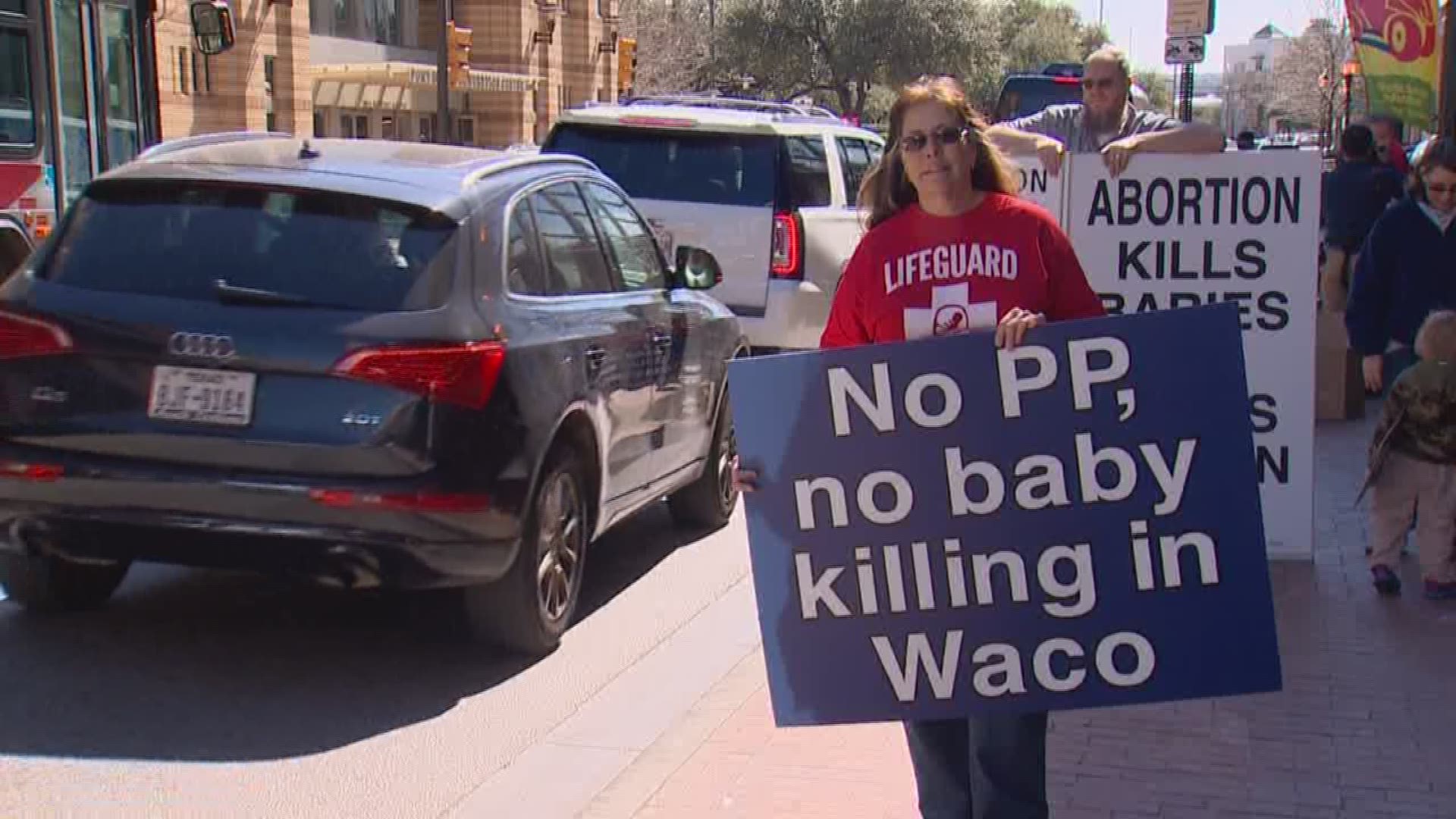 FORT WORTH -- As people protested for various reasons outside the Omni Hotel in downtown Fort Worth, Barbara Pierce Bush, daughter of former president George W. Bush, was inside giving the keynote address at the annual Fort Worth Planned Parenthood luncheon.

It was an unlikely scene in a traditionally conservative Cowtown.

"It is really confusing to us why she would choose to lend her time and talents and abilities to an organization like Planned Parenthood," said pro-life supporter Jillian Ferguson, as she protested outside.

"She's an adult and has her own thinking mind, so good for her," said Sharon Hubbard, who was showing her pro-choice stance.

Bush's mere presence at the luncheon made a statement that was not lost on a thousand people who attended, or on those who protested outside. President Bush has long been publicly pro-life. And while WFAA was told his daughter didn't speak specifically about abortion, people who attended said she did throw her support behind the women's health organization.

Media was not permitted inside the private event and was unable to hear or see Bush speak firsthand.

"It was a very full and rich set of remarks from her, and I just enjoyed it tremendously," said Paige Russey of Fort Worth, who also cited Bush's comments on her global health initiatives.

Another attendee told WFAA that Bush became emotional a couple of times during her speech. One of those times was when she spoke of her mother.

Its government funding continues to come under scrutiny. Still, Lambrecht says they raised a record-breaking $400,000 at this year's Fort Worth luncheon.

While protestors outside lamented the organization's widespread support and execution of abortions, Lambrecht told WFAA that of the 21 Planned Parenthood clinics covered by the Greater Texas region, just three of them provide safe, legal abortions. One of those clinics is in Fort Worth.

And as one attendee told WFAA, the message inside the luncheon inspired and united liberals and conservatives alike.

"I'm not sure the Bush family wouldn't whole-heartedly agree with everything we heard today, certainly with their darling daughter," Russey said.