An entire generation of Texas women has never known a woman to be Texas governor. 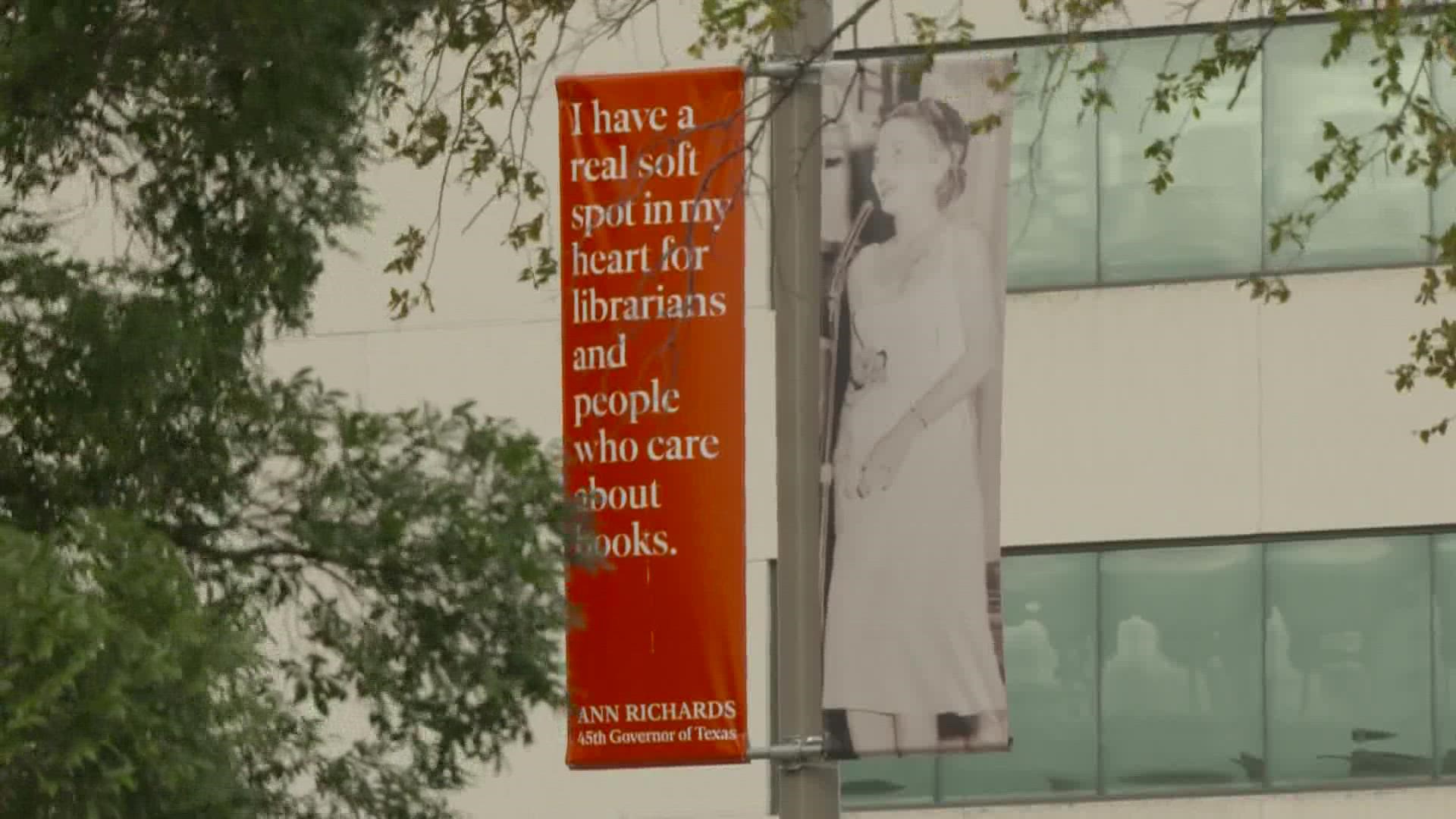 DALLAS — Anyone who has listened to an Ann Richards’ speech can probably still conjure up a clear memory of her unique voice and distinct delivery.

The former Texas governor used her impeccable timing to make people laugh and forged an easy connection with every crowd.

“They loved her because she had this way of sharing her vulnerabilities. She was self-deprecating and made people laugh about her life,” said Richards’ former press secretary Margaret Justus.

“People were drawn to her because she had this ability to connect with anyone – young old, different creeds, colors, walks of life.”

Justus founded the Ann Richards Legacy Project and launched a public art project in 2021 to commemorate 30 years since Richards’ inauguration and to use some of her former boss's famous one-liners to teach young Texans about the state’s last female governor.

“That’s really the goal - for young women to look up, wonder who she was, Google her, find some of her speeches online, and really understand why she was such a popular figure not just in Texas but across the country,” Justus said.

Richards was Texas governor from 1991 to 1995, the first woman elected to the position since Miriam “Ma” Ferguson held the post in the 1930s.

Ferguson was the wife of impeached governor James Edward Ferguson.

An entire generation of Texas women has never known a female governor, so in downtowns across Texas – Dallas, Houston, Austin – banners were hung featuring twelve quotes from Richards.

Credit: WFAA
Ann Richards was sworn in as Texas governor in 1991.

From ‘Life isn’t fair, but government must be,’ to ‘You can put lipstick on a pig and call it Monique, but it’s still a pig,’ the banners show Richards' wit, wisdom, and flaws.

‘Sobriety has freed me to deal with failure and never give up,’ reads another quote.

Richards was open about her battle with alcoholism.

While the former governor was a proud Democrat who loved politics, Justus said the featured quotes are all non-partisan.

“We just wanted a universal message. Something that could cut through politics and not be partisan,” she said. “It’s not about dinging the other side. It’s about understanding her persona and who she was.”

Justus said one of her favorite banners reflects her former boss’s humor:  ‘I get a lot of cracks about my hair, mostly from men who don’t have any.’