"If Anita has taught us anything, it's to be resilient. And when things look bleak we just have to power through," said Lisa Mesa-Rogers. 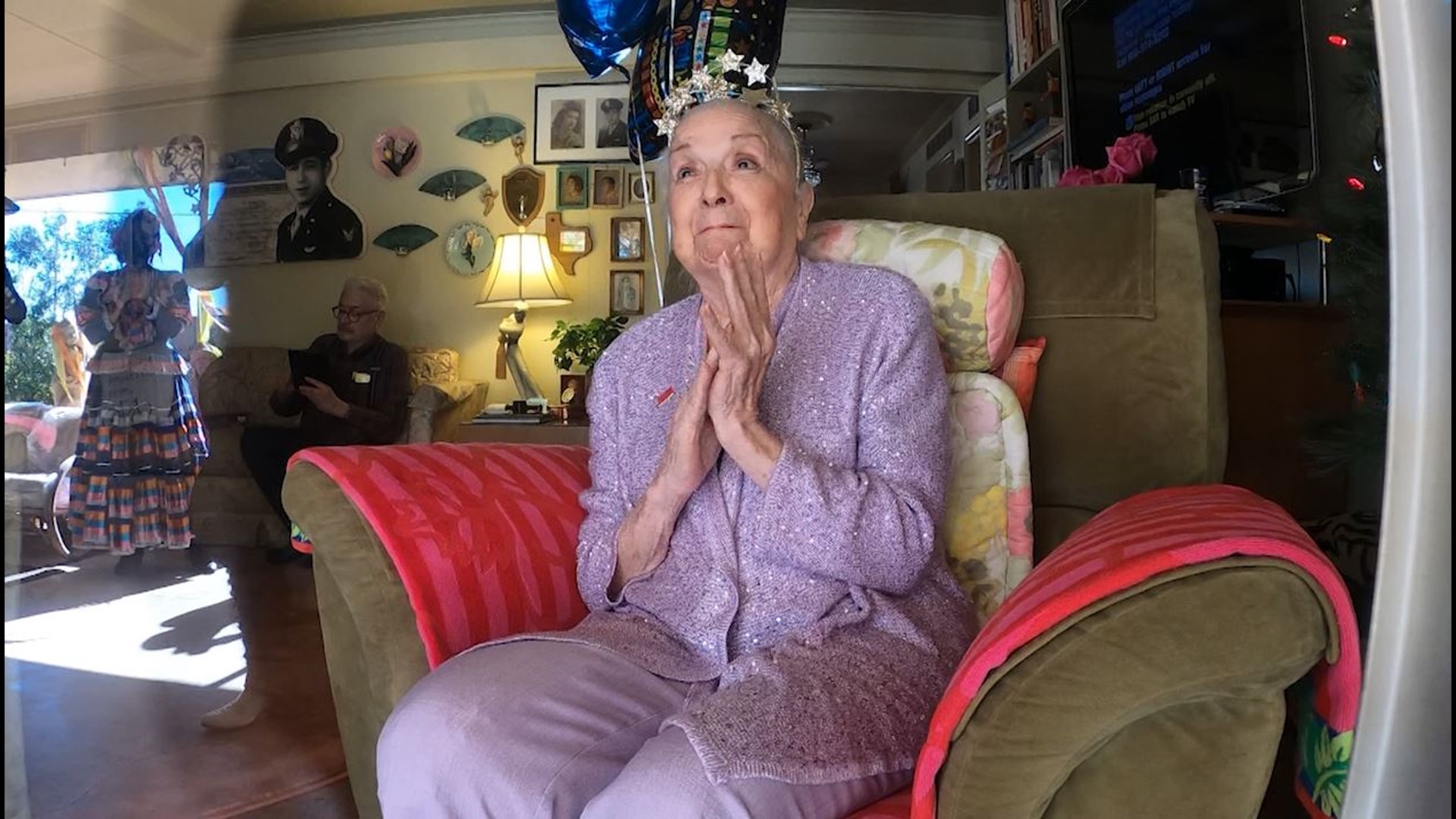 DALLAS — When mariachis performed in the backyard of a north Dallas home midday on Tuesday, it represented more than just a birthday gift for the 95-year-old inside. It was also a promise to keep fighting to keep her life-long mission alive.

As the half-hour performance took place in the shade of a back porch, Anita N. Martinez watched and clapped along safely as she was socially distanced inside the home behind the back patio sliding glass door.

The tribute performance was in honor of her being a 5th generation Texan, who began her political activism as a teenager campaigning door-to-door to get streets paved in the Little Mexico neighborhood of Dallas. In 1969, she was the first Hispanic elected to serve on the Dallas City Council.

She is also the founder of the Anita N. Martinez Ballet Folklorico (ANMBF) which, for more than 40 years, has used education in Hispanic dance and song to encourage, to inspire, and to raise the self-esteem of Hispanic youth.

But as the mariachis performed, there was one more obvious lesson. As Martinez watched the performances, she wasn't inside her own home. It was her son's home. Her house, the one she lived in for 60 years, used to stand right next door. But it was heavily damaged in the Dallas tornado 14 months ago, declared a total loss and demolished.

Her son said Martinez rode out the tornado inside that home shaking her fist in defiance as it passed by.

The lesson for the arts organization she founded, as it tries to survive a pandemic and limitations on in-person education, performances, and fundraising, is that "feisty" Martinez, at 95, is still here.

"Absolutely," Executive Director of Anita N. Martinez Ballet Folklorico, Lisa Mesa-Rogers said. "If Anita has taught us anything, it's to be resilient. And when things look bleak we just have to power through."

So they broadcast the birthday celebration on Facebook live, asking for donations to help keep Anita's dream and Folklorico alive, while also thanking her for the lives she continues to inspire: 95 inspiring years and counting.

"Thank you so much Anita, for all the work that you've done," added Hernandez.