Austin Water to use copper, other solution to weaken, kill zebra mussels

After a smelly water situation caused by dead zebra mussels, Austin Water is working to make sure it doesn't happen again. 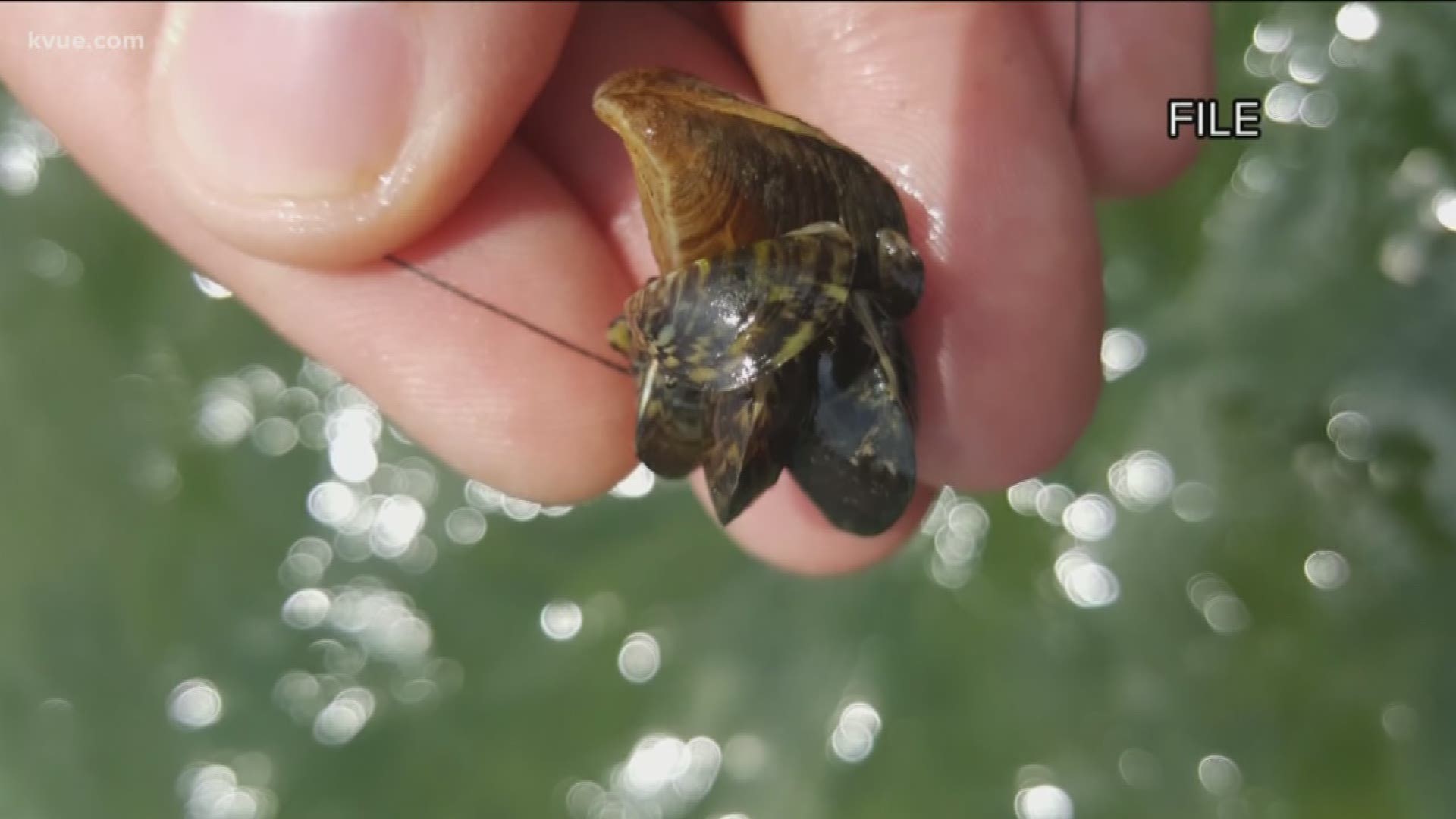 AUSTIN, Texas — Similar to how Superman reacts when he comes across Kryptonite, copper is one of the zebra mussel's worst enemies.

It weakens and, with time, kills them, according to Austin Water.

That's why the utility company is working with consultants to design and construct copper ion generators at its raw water pump stations.

"Copper is a toxin for the mussels," Mehrdad Morabbi, water treatment operations manager, told KVUE. "We dissolve a very, very low concentration of copper into a solution, and we inject that solution into our raw water."

The City of Lewisville, just northwest of Dallas, has been using a copper ion generator since 2017. Its lake is also infested with zebra mussels.

"So far, it's actually been fairly successful," Lewisville's Water Protection Superintendent Kelly Rouse told KVUE. "We've also benefited elevated levels and fluctuations in our lake that has also led to a significant decline in the zebra mussel population here."

Those generators won't be installed in Austin until the end of 2020.

But in less than two months, Austin Water plans to use feed systems at its water treatment plants to inject sodium permanganate into raw water.

RELATED: Zebra mussels: How did they get here and how can we stop them from spreading?

RELATED: Zebra mussels | Where did they come from and why are they an issue?

"Eventually, the concentration will be to the point that it will be toxic to the mussels, and those mussels will detach and will be removed in the treatment process," Morabbi said.

The purpose is to rid the pipes of zebra mussels in time for the installation of the copper ion generators.

A lime-softening process removes the copper from the water before it arrives in your tap.

"There's zero risk of any of the copper that's being added to the raw water actually making it through the process and impacting the quality of our distribution system," Morabbi said.

RELATED: Is there a solution to the zebra mussel problem in Central Texas?

Morabbi admitted Austin Water has had trouble keeping up with the pace of the zebra mussels' rampant growth in our lakes.

But he believes these two solutions should make them easier to manage.

"We need to do better, and we will do better," he said.

Austin Water chose this copper ion generation method because it doesn't use much energy and it's cheap to maintain.

Its consultant group will be working with other cities who use this method to find out how to make it work best for Austin.