The interim Austin police chief and Travis County district attorney have provided more information as to what led them to drop charges against two former suspects. 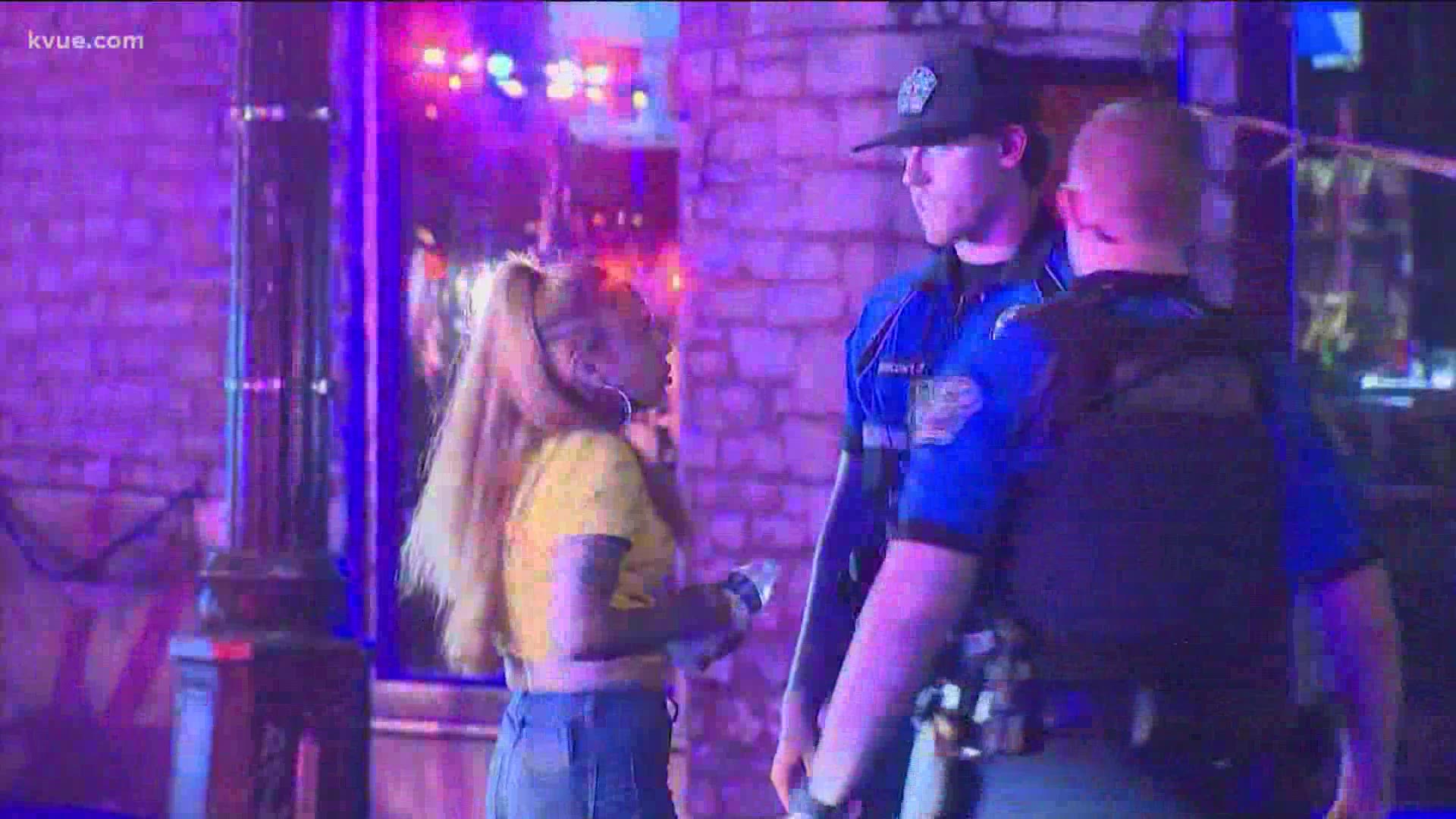 AUSTIN, Texas — Saturday marks three weeks since a gunman opened fire on Sixth Street, killing a tourist from New York and injuring 13 others.

Now, we're getting a better understanding of the investigation, including whether police moved too quickly to arrest two initial suspects and whether prosecutors are failing to go forward on legitimate charges.

KVUE went back and reviewed court records in this case, however, some information remains unavailable due to the fact that one former suspect in the case is a juvenile teenager, whose identity remains sealed. Note: A 17-year-old was previously identified to the public, but as his charges have been dropped, KVUE is electing to no longer identify him.

Based on what we have learned from Interim Austin Police Chief Joe Chacon and Travis County District Attorney Jose Garza, officials believed the 17-year-old was the shooter at that time. This was based on testimony from two witnesses who told detectives they saw him draw a gun and one witness who said he fired it.

However, within days, there was a shift in evidence.

Investigators got new information that led them to believe that 19-year-old De'Ondre White, who was arrested by the Killeen Police Department in June with a bond set at $1 million, was instead the shooter. Officials won't tell us what that information was, but that new information caused prosecutors to drop the previous charges.

Since officials dropped charges against the two previously detained individuals, there have been a lot of questions about why the 17-year-old isn't still facing criminal charges, as police still say he was involved. Garza said the whole foundation of the assault with a deadly weapon charge against him was based on the false idea that he was the shooter.

While police still think he had a gun, in order to bring a new charge against him, they say they need to do more investigating to figure out exactly what crime, if any, he committed.

So, for example, they will be analyzing whether he drew the gun. If they determine that he did, he could still face new charges.

The DA once again said that is entirely possible in this case, but he again pointed out that the main focus is on prosecuting the person police think fired the rounds and that is who they now believe to be White.

MORE ON THE SIXTH STREET SHOOTING: