'You're going to get caught.' Austin mass shooting victim's brother reacts to search for new suspect

Adrianna Salazar was shot in both legs during the deadly mass shooting on Sixth Street. Now, her brother is pushing for answers. 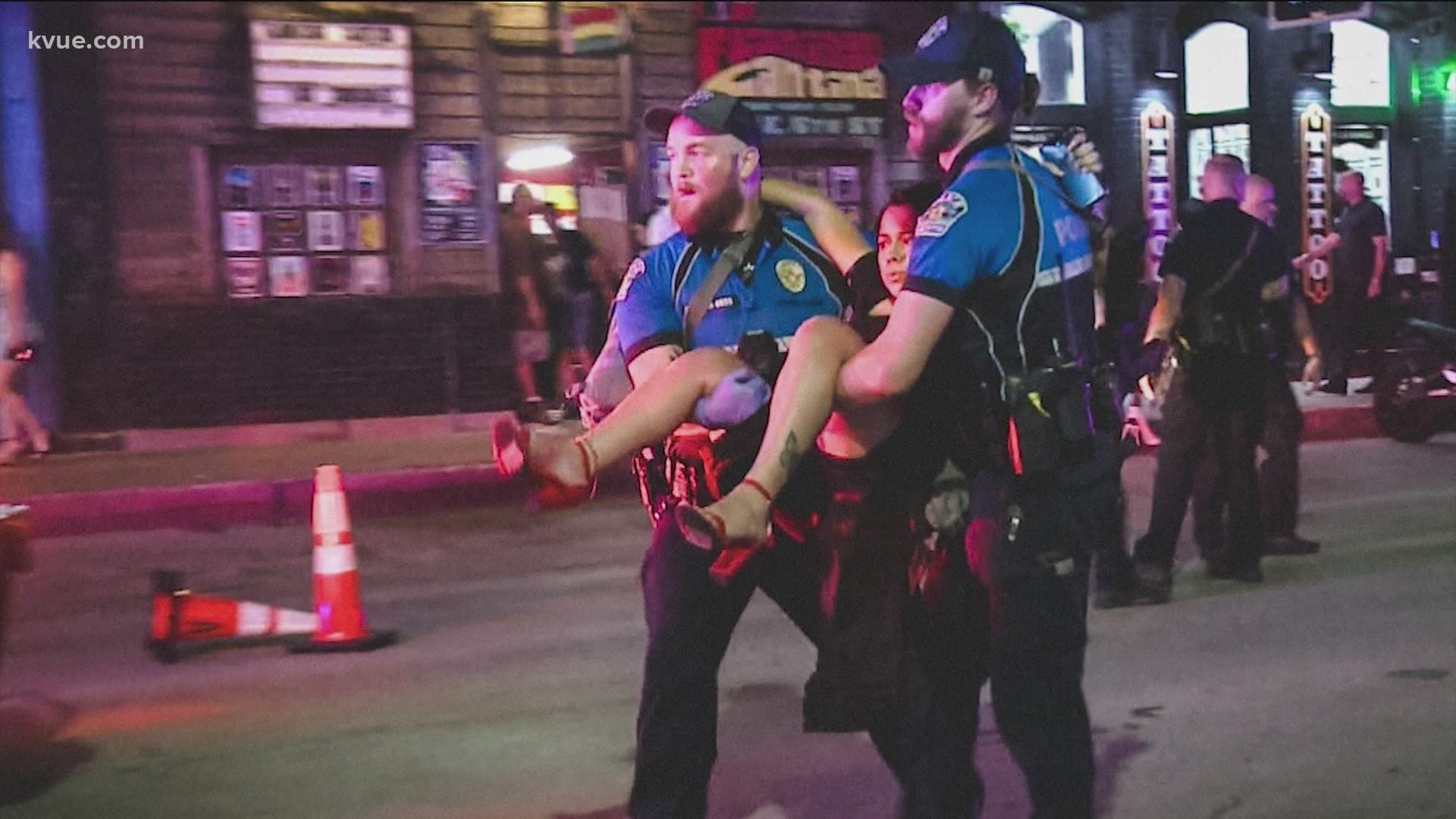 AUSTIN, Texas — Police are still searching for the suspect connected to the deadly mass shooting on Sixth Street in Austin on June 12.

"At this point in the investigation, dismissing these charges is what is in the best interest of this investigation and ensuring that we are able to put forward the best case we can as we focus on the person who is primarily responsible for the injury and death that took place on Sixth Street," said Garza.

He noted, however, that final charging decisions for anyone involved have not yet been made. Police said when White is caught, he will be charged with murder.

Adrianna Salazar was one of the 14 people shot. He brother, Adrian, said she is now home from the hospital. He said she has a metal rod in one leg and has to re-learn how to walk.

Salazar said he was not happy when he heard the DA was dropping charges against the two previous suspects.

"So it's like, 'Oh, just let them go,' even if they didn't shoot nothing but like, to me, they're just as guilty," said Salazar. "Especially because one of them met up with the person who ended up shooting after the fact to talk about what happened. Like, you're just as guilty."

Police said the three suspects were part of two different groups out of Killeen. Police said that witnesses indicated that after the shooting, White ran to an apartment and discussed the shooting with one of the former suspects.

"We have multiple witnesses that saw Mr. White in possession of the murder weapon," said Interim Austin Police Chief Joe Chacon. "The weapon has been linked through ballistics evidence to other violent crimes, as well."

Chacon also said the two former suspects were not "innocent bystanders." He said both were involved and had guns but, as of Tuesday, he said police were not sure if the teenagers fired their weapons.

Police said detectives spoke with White after the shooting. However, police said he had cut and dyed his hair and then returned to Killeen, where police said he went into hiding.

Salazar said he is determined to do whatever he can to help move this investigation along as his 19-year-old sister continues to heal.

Police ask anyone with information on White's whereabouts to call 911.

'She liked to be where the party was' | River Walk mystery solved, owner claims pendant and confirms it contains her mother’s ashes