On June 12 at around 8:14 a.m., APD responded to a crash where the motorcycle driven by Barnes ran the red light and collided with a 2015 silver Toyota Avalon. 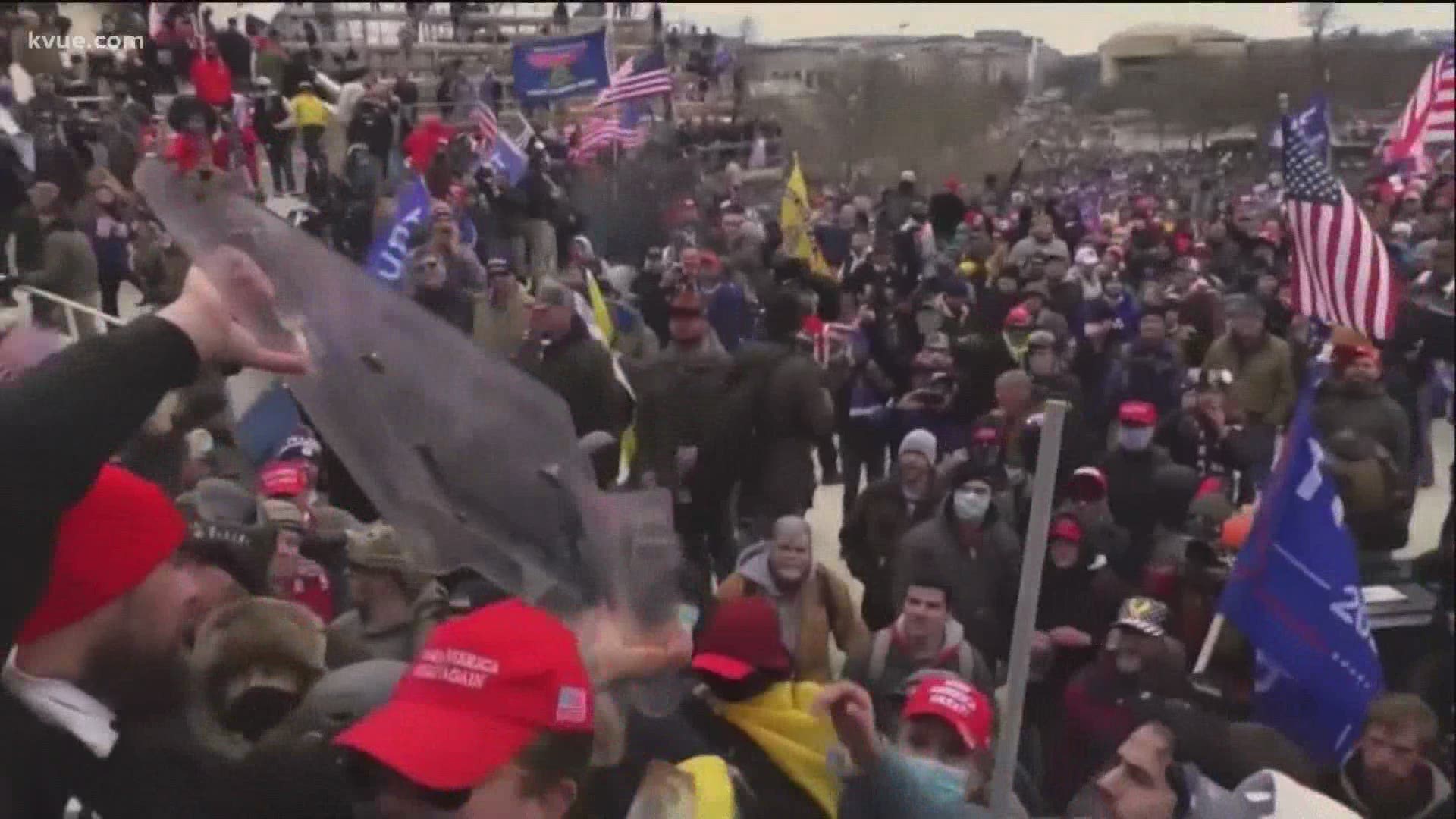 AUSTIN, Texas — An Austin man accused of participating in the U.S. Capitol riot on Jan. 6 was killed last month after allegedly running a red light in West Austin, according to a reported from KVUE's media partners at the Austin American-Statesman.

On Tuesday, the Austin Police Department (APD) identified Joseph Cable Barnes as the victim in a June 12 fatal accident at Capital of Texas Highway and Westbank Drive.

On June 12 at around 8:14 a.m., APD responded to a crash where the motorcycle driven by Barnes reportedly ran the red light and collided with a 2015 silver Toyota Avalon.

This happened near the intersection of Capital of Texas Highway (Loop 360) and Westbank Drive, west of Bee Cave Road. Barnes was pronounced dead at the scene. The driver of the Toyota was taken to a hospital with minor injuries.

Barnes was previously charged with obstruction of justice and Congress, knowingly entering or remaining in any restricted building or grounds without lawful authority, violent entry and disorderly conduct on Capitol grounds due to his alleged participation in the capital riots.

According to a complaint filed in the U.S. District Court for the District of Columbia, at least three witnesses helped identify Barnes. The FBI also identified the Austin real estate executive in camera footage captured by London-based ITV News, according to the Statesman.

According to APD, this is Austin’s 50th fatal traffic crash of 2021, resulting in 52 fatalities for the year.