According to police, the incident occurred around 1:30 p.m. near the 14226 block of Heritage Circle. 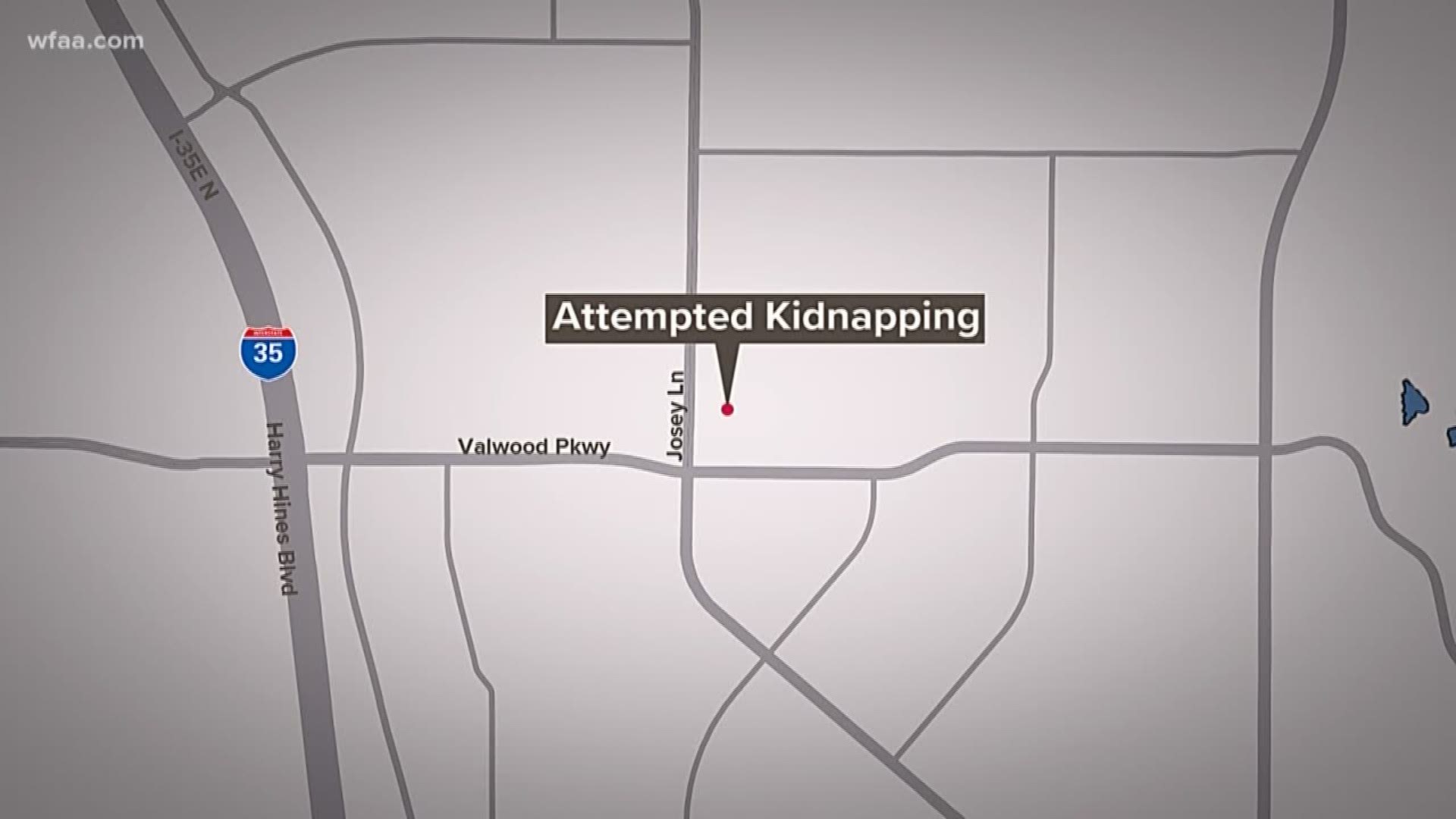 FARMERS BRANCH, Texas — Police say a 12-year-old girl was injured while trying to get away from a man during an attempted child abduction.

According to Farmers Branch police, the incident occurred around 1:30 p.m. near the 14226 block of Heritage Circle.

The girl told police an unknown man with a weapon approached her. She was able to get away but suffered minor injuries, officials say.

The suspect is described as being a Hispanic male, 40 to 50 years old, 5 feet tall, with a gray/white mustache.

The suspect fled towards Josey Lane in an “older midsized car" with no tint on the windows, officials said.

Anyone with information is asked to call Farmers Branch police at 972-919-1406 or email at pdinfoandtips@farmersbranchtx.gov.