On 2-year anniversary of Atatiana Jefferson's death, her uncle files suit against City of Fort Worth, police officer accused of killing her 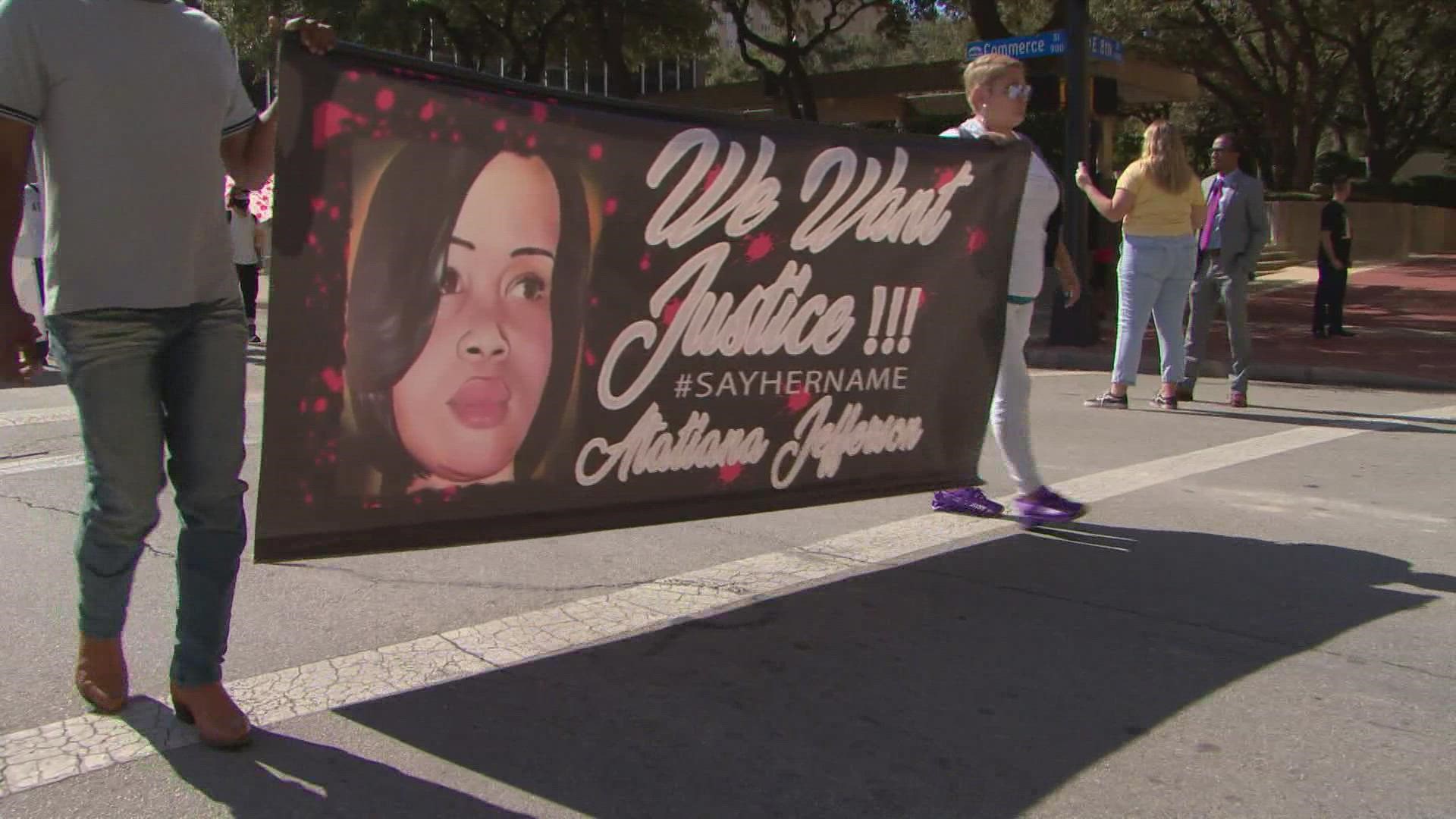 FORT WORTH, Texas — The uncle of Atatiana Jefferson's has filed a wrongful death civil lawsuit against representatives of the City of Fort Worth and the police officer accused of killing her.

According to the suit, Dean and the City of Fort Worth and its representatives were "responsible or the unlawful and unauthorized conduct exhibited by Defendant Aaron Dean during the course and scope of his employment as a police officer" and that collectively, they "deprived [Jefferson] of her constitutional rights, including her right to be free from excessive and unreasonable use of force in violation of the Fourth Amendment."

Lapaca Jefferson, Atatiana Jefferson's uncle, asked for damages and a trial by jury, among other requests. Both of Jefferson's parents died in 2020, according to the suit.

Jefferson, who was 28 when she was shot, was playing video games with her 8-year-old nephew at her Fort Worth home when Dean walked into the backyard. A neighbor had called 911 for a welfare check because of a door that had been open for hours.

An arrest warrant states three times that Dean did not announce that he was a police officer when he walked around the house. Jefferson had grabbed her gun and gotten up to look out the window when she was shot, police records show. Jefferson died at the scene.

Dean was charged with murder in Jefferson's death, but court proceedings had been paused because of the pandemic. A trial date was set for Nov. 16 in Tarrant County.