Among eight tornadoes that touched down Wednesday in the DFW area were two EF-2s. One EF-2 tornado was reported in Van Zandt County and the other in Kaufman County. 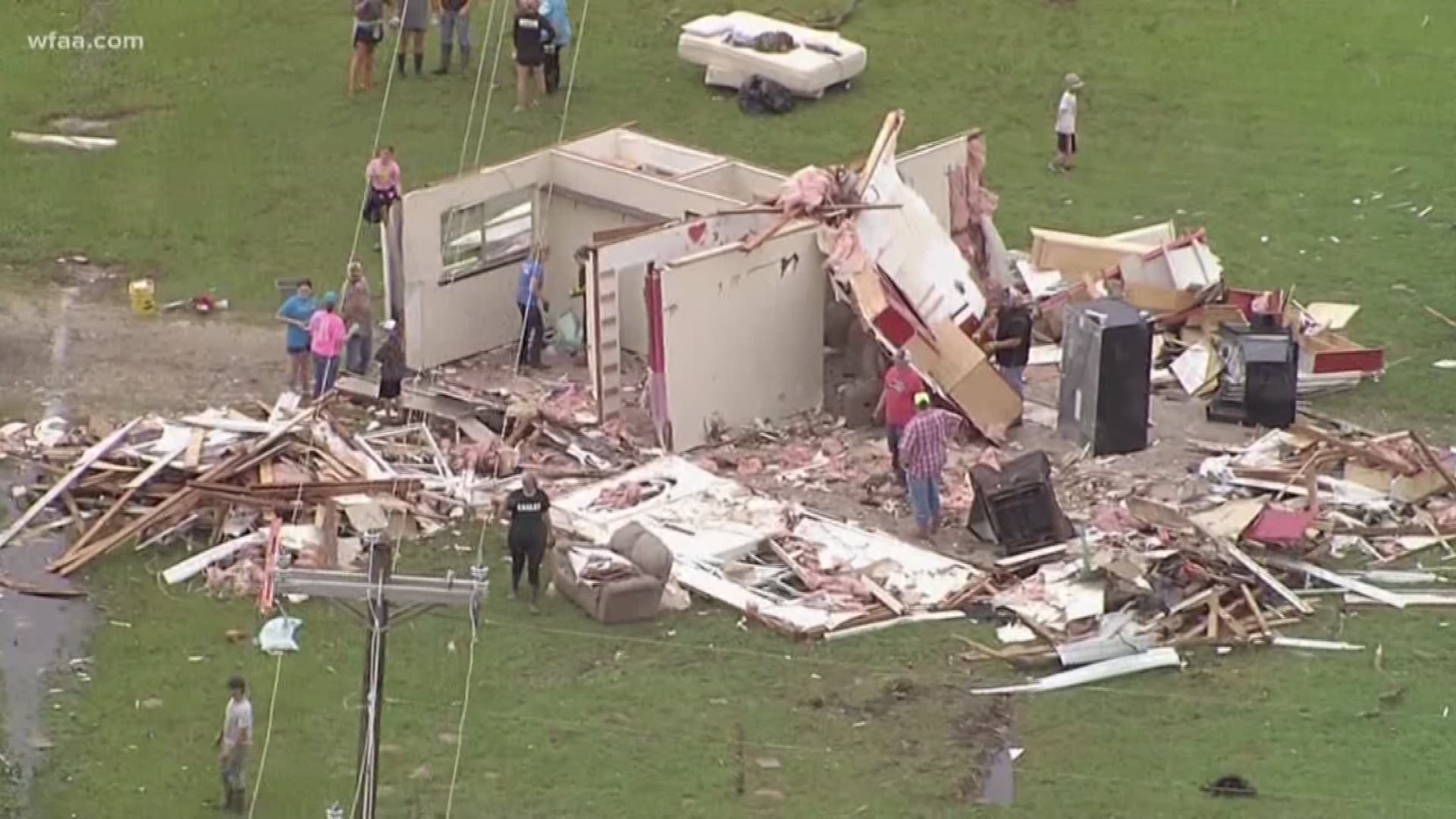 Wednesday in Van Zandt, Linda Myers said she wanted a safe place to ride out the storms, so she drove to her son's home on Church Street to seek shelter.

Myers huddled in the hallway with five family members and three dogs. 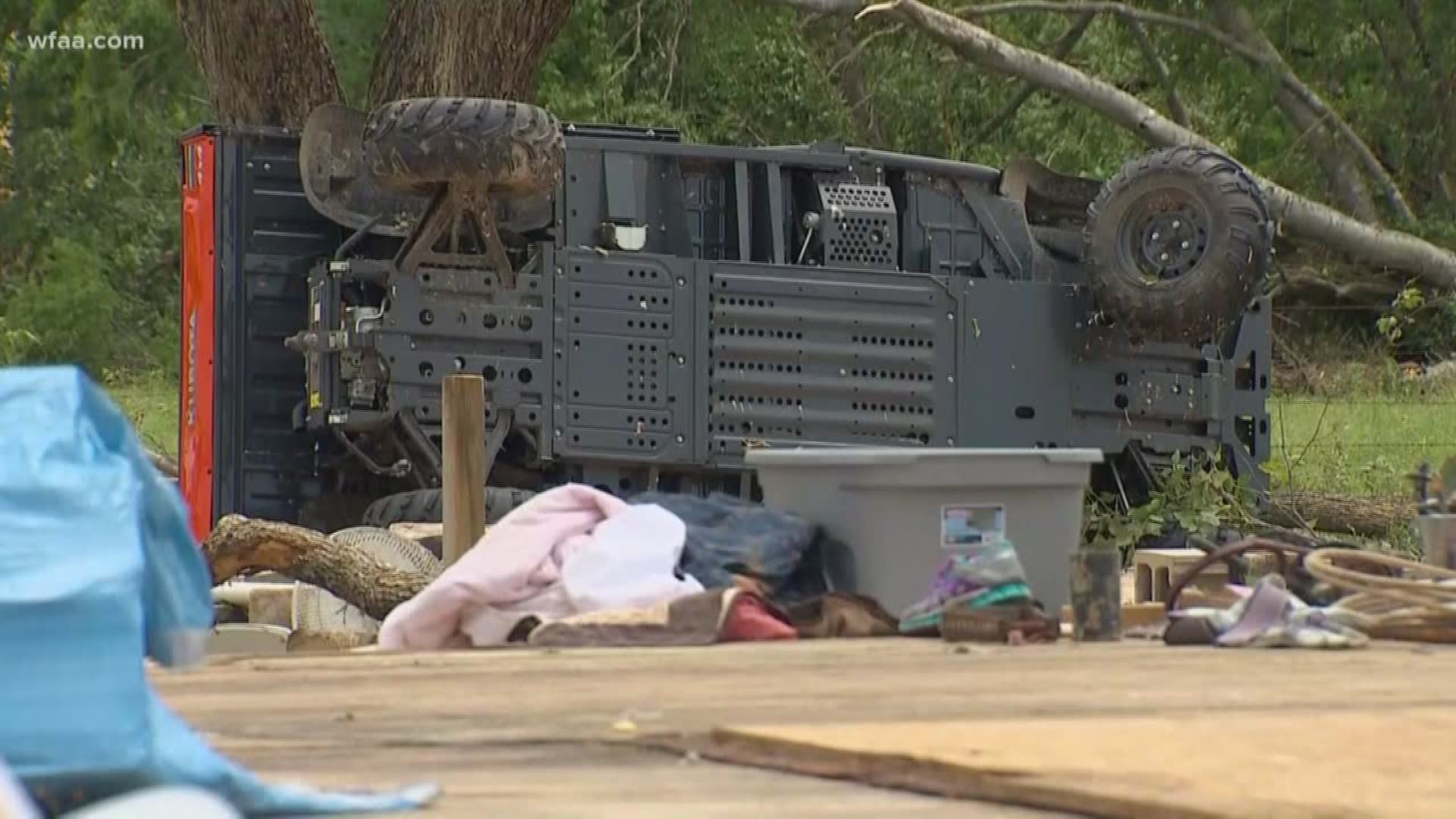 “That was the scariest part was the suction,” she said. “It was like it kept trying to open the door. I said, ‘Lord, please don’t let it suck [my sister-in-law] away,’ because it was that hard. I took hold of her arm.”

When it was all over and the storm had passed, Myers looked at her car parked in the driveway.

“A huge pecan tree, the tornado uprooted it, and it chose my car to land on,” she said. “It’s pretty much a pancake right now. Non-fixable.”

Roofs were torn off buildings. Power lines were downed. the s

Thursday, the sound of chainsaws could be heard throughout the city as crews cut trees and branches that had fallen. 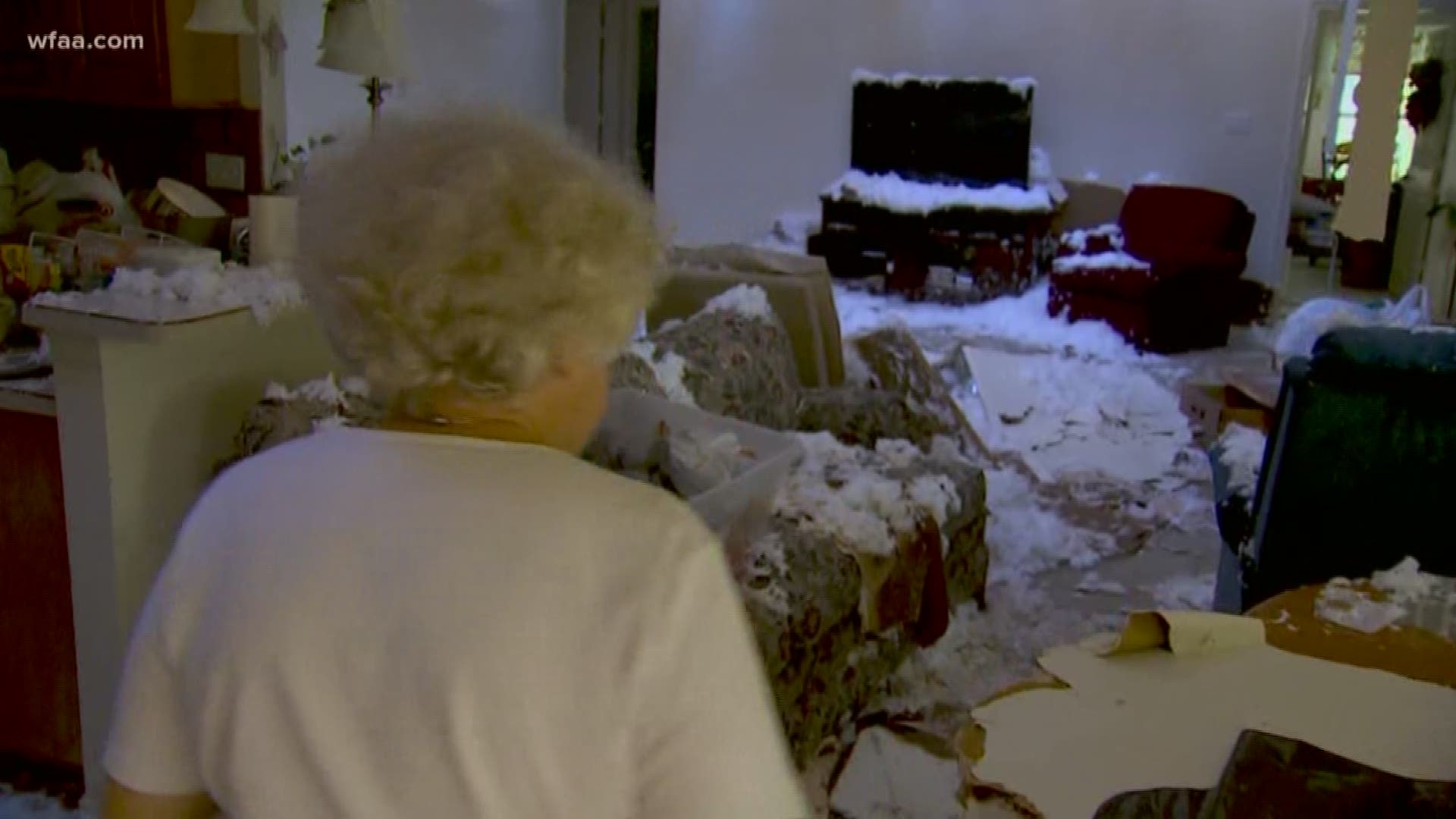 Without a working vehicle, Myers wondered how she was going to get around, but then her phone rang.

“One of my sisters at church just called and said that her daughter is in town for a couple of weeks and she wants me to use her car,” said an emotional Myers.

Myers got the keys from Pam Shropshire, who said she wanted to pay it forward.

“I was blessed by this car being given to me because I did not have a vehicle," she said. "Some people here at church gave it to me a few months ago. It was the only thing to do. Happy to do it.”

RELATED: How to help tornado victims