Neighbors say a fire started in a pile of storm debris and trash that has been sitting on the street since May. 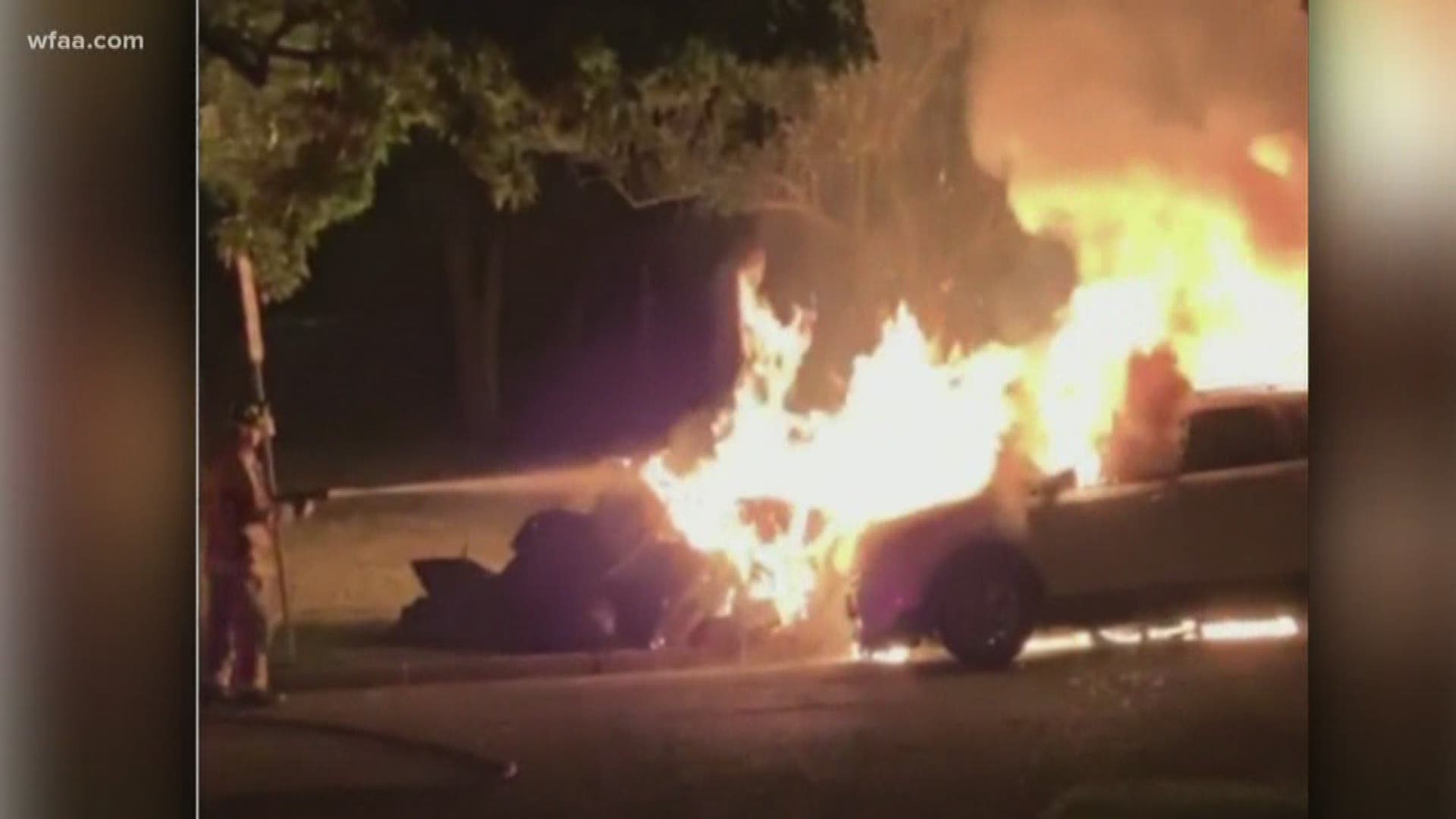 DALLAS — Sanitation Services crews with the City of Dallas are back to regularly scheduled brush and bulk trash pickup right now, after weeks of focusing on collecting storm debris.

Large piles of branches and damaged trees remain on sidewalks across the city. A lot of that storm debris was left behind after a series of heavy rains and strong winds hit North Texas back in May and June.

City workers say Sanitation Services and its contractors spent the past month-and-a-half collecting more than six times the amount of storm debris normally cleared from the streets any given month.

The return to a regular brush and bulk trash schedule is somewhat of a relief to neighbors in the Vickery Place community. Residents say they woke up to a large fire on the 5500 block of Bonita on Wednesday. Video posted to social media shows fire shooting as high as 14 feet in the air from a mound of storm debris and bulk trash. A car parked near that pile was torched.

Dallas Fire-Rescue rushed to the scene. At this time, investigators say they are unable to determine what caused the fire.

“You just want to know how soon they are going to pick this stuff up because obviously, it’s unsightly out here," Mejia said.