Art to inspire employees and to let a veteran heal

"When I grabbed that paint brush I could feel that pain, that turmoil, those deep, hard emotions. And it was just like releasing it on canvas." 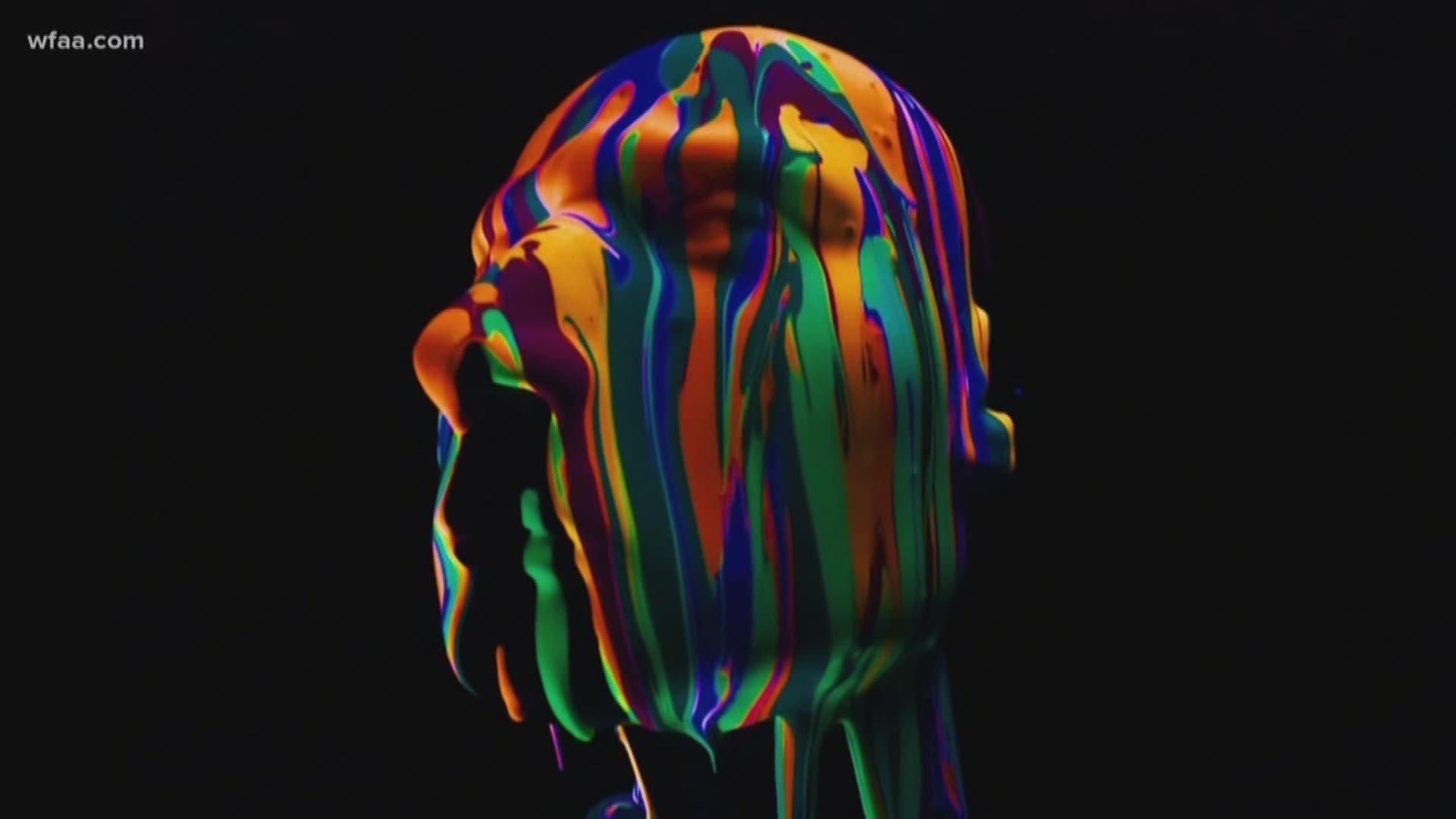 FORT WORTH, Texas — At its four-story modern office building near Fort Worth Alliance Airport, Mercedes Benz Financial Services enjoys wide-open work spaces and fine art on nearly every wall: art that benefits the employees who work there and also the artists who are sharing both their inspiration and their pain.

Because this year the art, the work of art students from TCU and SMU, includes three installations by Jason Mendoza, a TCU student and Army veteran.

"There were some experiences that I had while I was in that were pretty hard," the former military police officer said of his nearly seven years in the service that included a tour of Afghanistan. After the service he found his way to TCU where he enrolled as a psychology student.

He found that his love of art could help others and himself. He changed his major and changed his life.

His work, along with the work of approximately 60 art students, is displayed throughout the Mercedes Benz Financial Services building as part of the annual Experiencing Perspectives exhibit. Mendoza's installations include an oil painting called "Purple Rain" - his expression of his military service, his injuries and his recovery.

"When I grabbed that paint brush I could feel that pain, that turmoil, those deep, hard emotions. I could feel those things come out in the brush. And it was just like releasing it on canvas."

Another piece, on a fourth floor wall, features cedar ladder rungs strung with red rope against a rainbow pyramid backdrop. He calls it "Jacob's Ladder" as an expression of reaching for joy in his life.

"It's those things in our lives when we go through hard times those are the things we use as fuel to push us through."

And a 45-second video piece shows paint being poured on an image of his own face. He calls it "Despertado" or "Awoken" in English.

"It is showing me that I am somebody who can overcome. Whatever obstacle, whatever tragedy I face I can make it."

Mercedes Benz Financial Services has been doing this for 11 years.

The art, rotated approximately every 10 months, features the work of art students every year. It's for the benefit of the students who get to have their work seen. And a benefit for the Mercedes Benz employees who find inspiration in what they see.

"Hearing that direct feedback was really evidence of how the artwork in the space makes such a positive difference to the people who live in the space on a daily basis," said Matta.

"This building is a direct reflection of what is incredible about this place," said Mendoza. "And that's the people."

People enjoying art and finding inspiration from it as they work, while a veteran enjoys letting a paintbrush wash at least some of his troubles away.