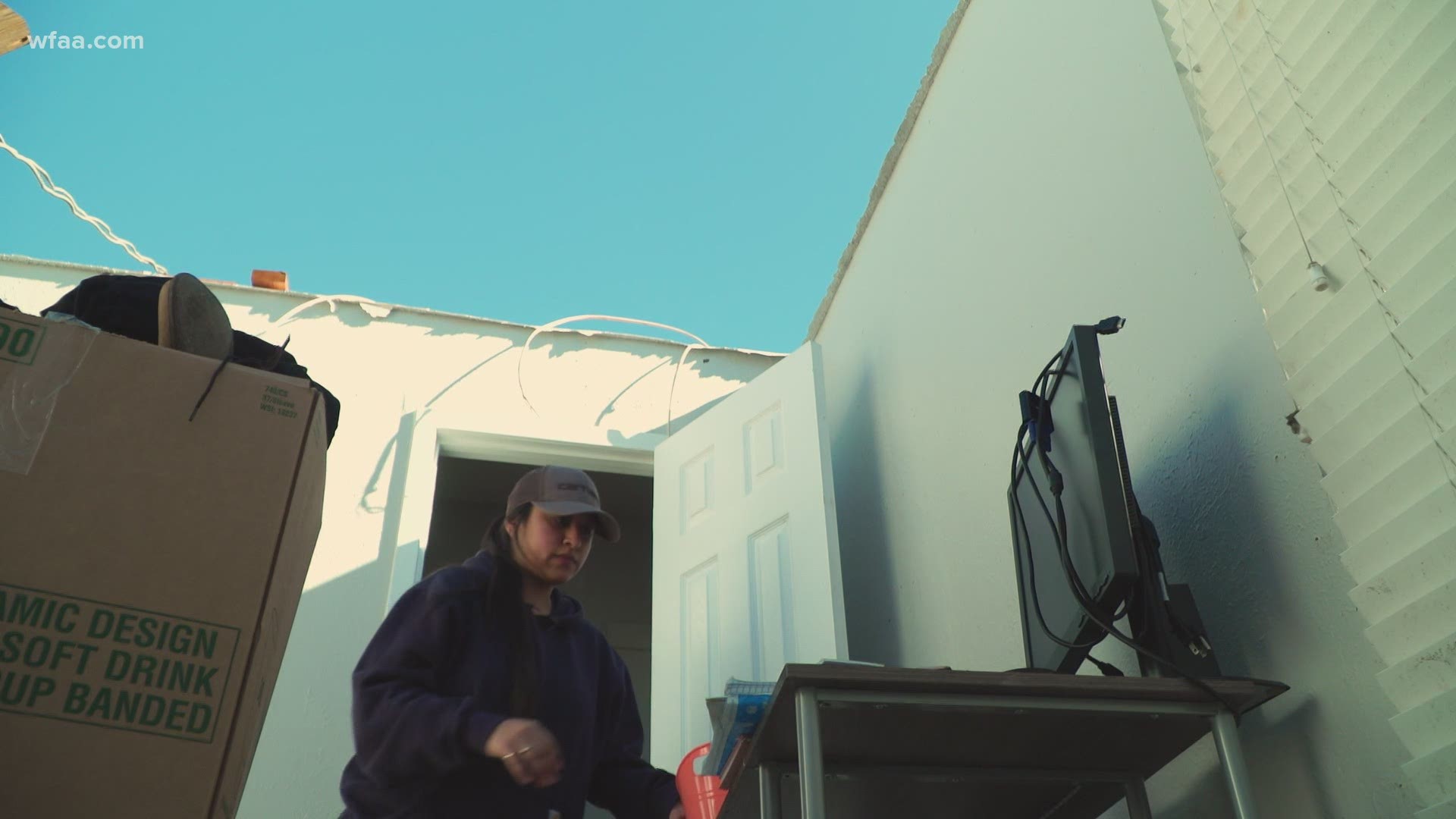 Residents at three Arlington apartment complexes said they had little to no warning before an EF2 tornado ripped the roofs off their buildings Tuesday night.

Jalene Cruz said her lights started flickering and she heard "a loud pounding."

The 18-year-old student at the University of Texas at Arlington had just finished her laundry and was in bed when the tornado hit.

"I looked up and the fan had started to shake and I took cover and I could see everything. It was raining really bad,” Cruz said.

The roof was blown off and Cruz's belongings were scattered. She is now among the 75 families displaced by the tornado.

The National Weather Service confirmed an EF2 tornado with wind speeds of around 115 mph ripped through the Arlington neighborhood around Colorado Lane and South Cooper Street.

The affected apartments are:

A strong lines of storms passed through much of the Dallas-Fort Worth area Tuesday night, producing a tornado a little before 9 p.m. through the city of Arlington, the National Weather Service confirms.

Cruz said she was surprised by the storm

She was surprised by the storm.

"The weather service says it was only a 50% chance of rain from like 7 to 8 p.m. I mean we had no roof. Nothing for like three minutes and then the tornado alarm went off,” Cruz said.

Tamanna Orni says she was asleep.

"When I opened my eyes the roof and the furniture was just falling on my arm,” said Orni.

She says she looked up and could only see the sky. She said she screamed and just tried to get out the door. Orni and her husband lost everything in the storm.

No residents were seriously injured and no one was killed.

Cruz says now that the storm has passed, she can actually laugh about what happened.

"I mean I've always had something for sunroofs and now I have one,” she said. 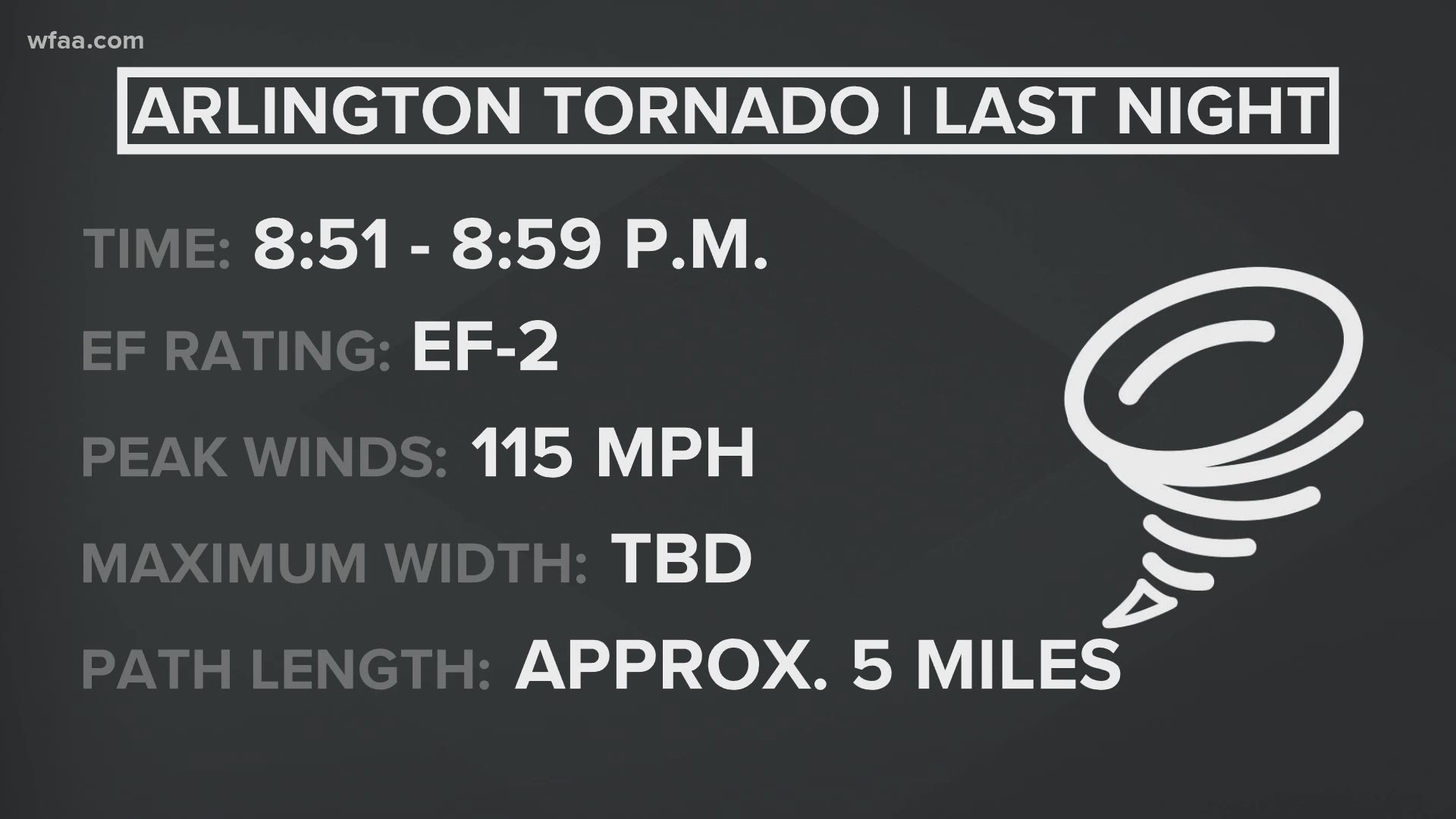