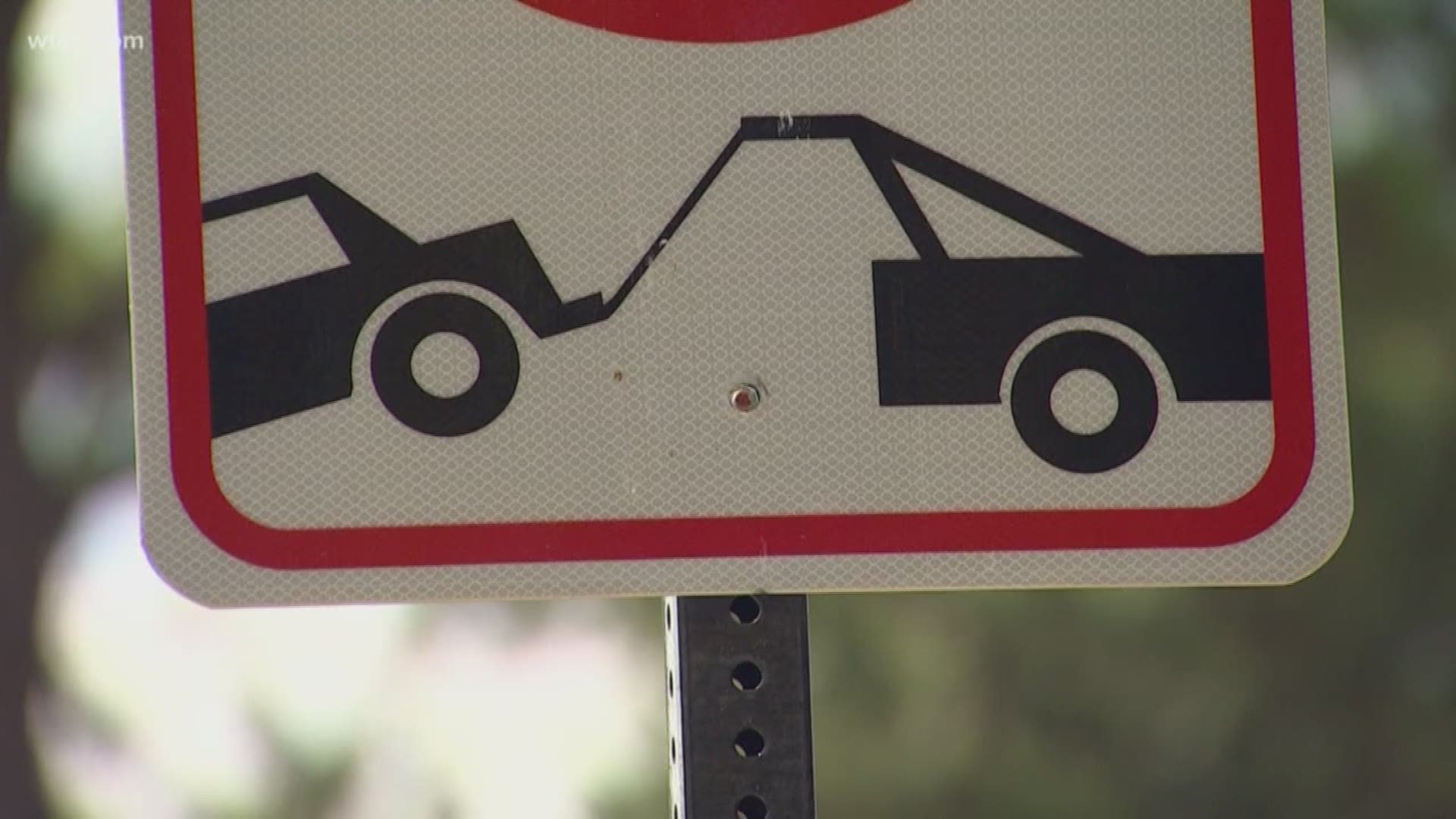 ARLINGTON, Texas — Bob Grice has lived in Arlington for 40 years — and he says for most of that time, his neighborhood just west of AT&T Stadium is pretty quiet.

Except for Cowboys game days, when he says the streets in his neighborhood turn into a parking lot for vehicles for fans from outside the city.

"Friends would come that you hadn't seen in years, and all of a sudden they're your friend again because they want to park in your driveway," Grice said.

So he welcomed what he saw on Sunday, as multiple tow trucks descended on his neighborhood to haul away vehicles parked illegally on the street.

"I saw three flatbeds going by, two cars behind each one," Grice said.

Arlington Police began in earnest this weekend enforcement of an ordinance the city council passed in 2018 to help neighbors reclaim traffic control often overrun by fans heading to Cowboys games.

Lt. Chris Cook said 27 cars were towed on Sunday, the overwhelming majority with registrations from outside the city of Arlington.

"We don't like to tow someone's car but at the end of the day, we've been talking about this for over a year," Cook said. "This whole thing is to assist them [local residents] to really bring order back to their neighborhoods."

Sulma Caballero told WFAA that Sunday did bring less traffic to her neighborhood but that she hopes the city will allow local residents to continue to park their car in front of their homes and not worry about getting towed.

"Maybe a permit system would work," Caballero said. "Especially for Thanksgiving, this is where my family gathers. We know they have a home game, where are we going to park?"