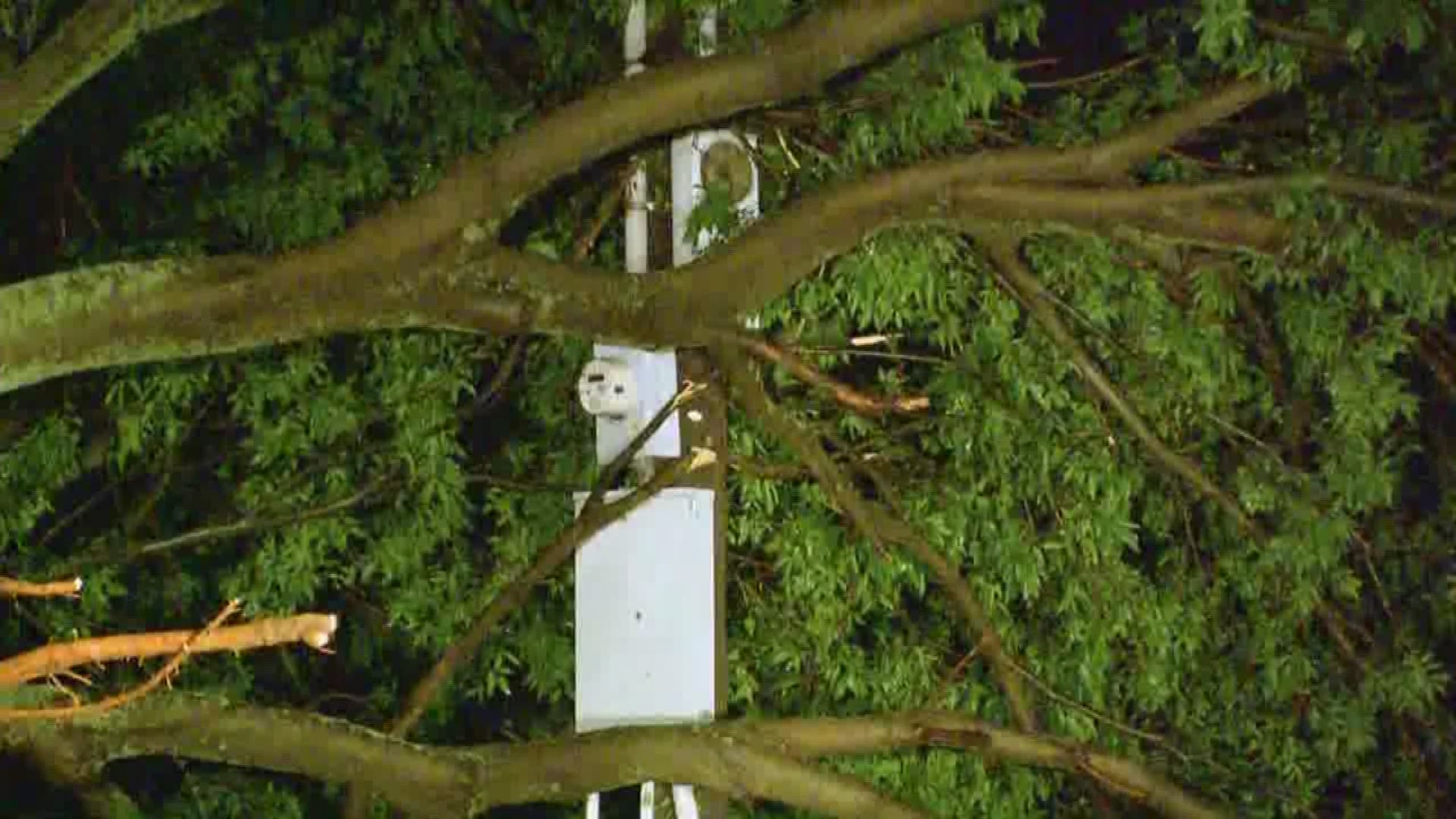 Overnight storms knocked out the power to over 200,000 people, disrupting classes for many school districts. By 11:20 a.m. about 91,000 people were still in the dark, as Oncor crews continue to work to get power restored.

Officials are warning anyone who's walking to work or school to be careful, as many power lines are down across North Texas, and stepping on live wires is dangerous.

Parents; take the time to talk to your kids about avoiding downed power lines as they walk to school this morning. #FWSafe

Glen Rose Independent School District announced that school will be delayed until 10 a.m. Wednesday due to the power being out on campus.

Due to lack of electricity, school will start at 10. Buses will run two hours behind schedule.

Mansfield Independent School District announced Wednesday morning that all schools will be closed for the day due to the outages.

Mountain View College will be delayed until noon.

Tarrant County College's Southeast Campus announced that the school will be closed until further notice due to the outage.

Southeast Campus will be closed until further notice today, March 29th, due to a power outage. Check https://t.co/WL16aJYJHl for updates