Archive: Footage of MLK's Dallas visit that hasn't been seen in 55 years

Dr. King was not welcomed in Dallas, even by black pastors, who did not allow him to preach in their churches, so he spoke at Fair Park. 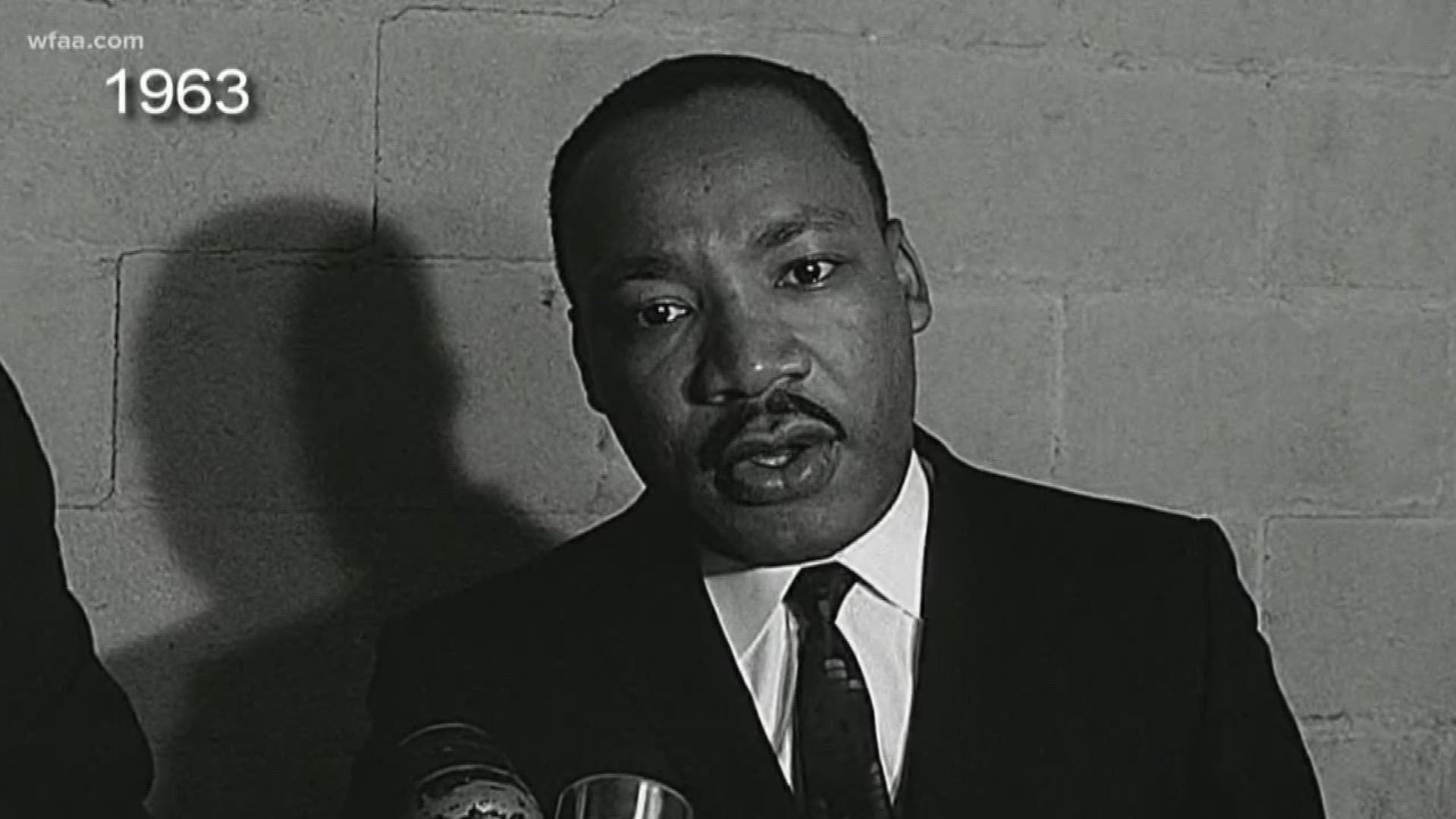 DALLAS – As we approach the 50th anniversary of of Dr. Martin Luther King Jr.’s assassination in Memphis next week, WFAA has uncovered footage from his visit to Dallas in 1963.

It’s never been seen since it first aired 55 years ago.

"I think Dallas has made a start and I think there is a challenge to keep moving,” Dr. King says in a black-and-white video interview.

He talked about school integration.

"However, one had to be honest and realistically admit that there is much to be desired and much to be done,” he said.

When Dr. King visited Dallas, it was considered one of the most racist cities in the country. The Ku Klux Klan had the largest chapter in the nation.

Dr. King was not welcomed in Dallas, even by black pastors, who did not allow him to preach in their churches, so he spoke at Fair Park.

Peter Johnson, who was friends with Dr. King, said the pastors didn't want to upset the white establishment.

Now, more than five decades later, there is a statue of Dr. King at Fair Park.

"It was made easier because there were people inspired by Dr. King,” said Kirk.

Kirk said that, while there have been great accomplishments in the fight for civil rights, Dr. King would be disappointed by where the city is today.

"We are still a city that is too widely divided by opportunities and quality of life north and south of the Trinity River,” he said.

Johnson plans on traveling to Memphis for Dr. King’s ceremony next week. He said he and others, like Kirk, need to continue to carry the torch and Dr. King's vision of equality.