The company is using various resources to help reach its goal to reduce workplace injuries 50% by 2025. 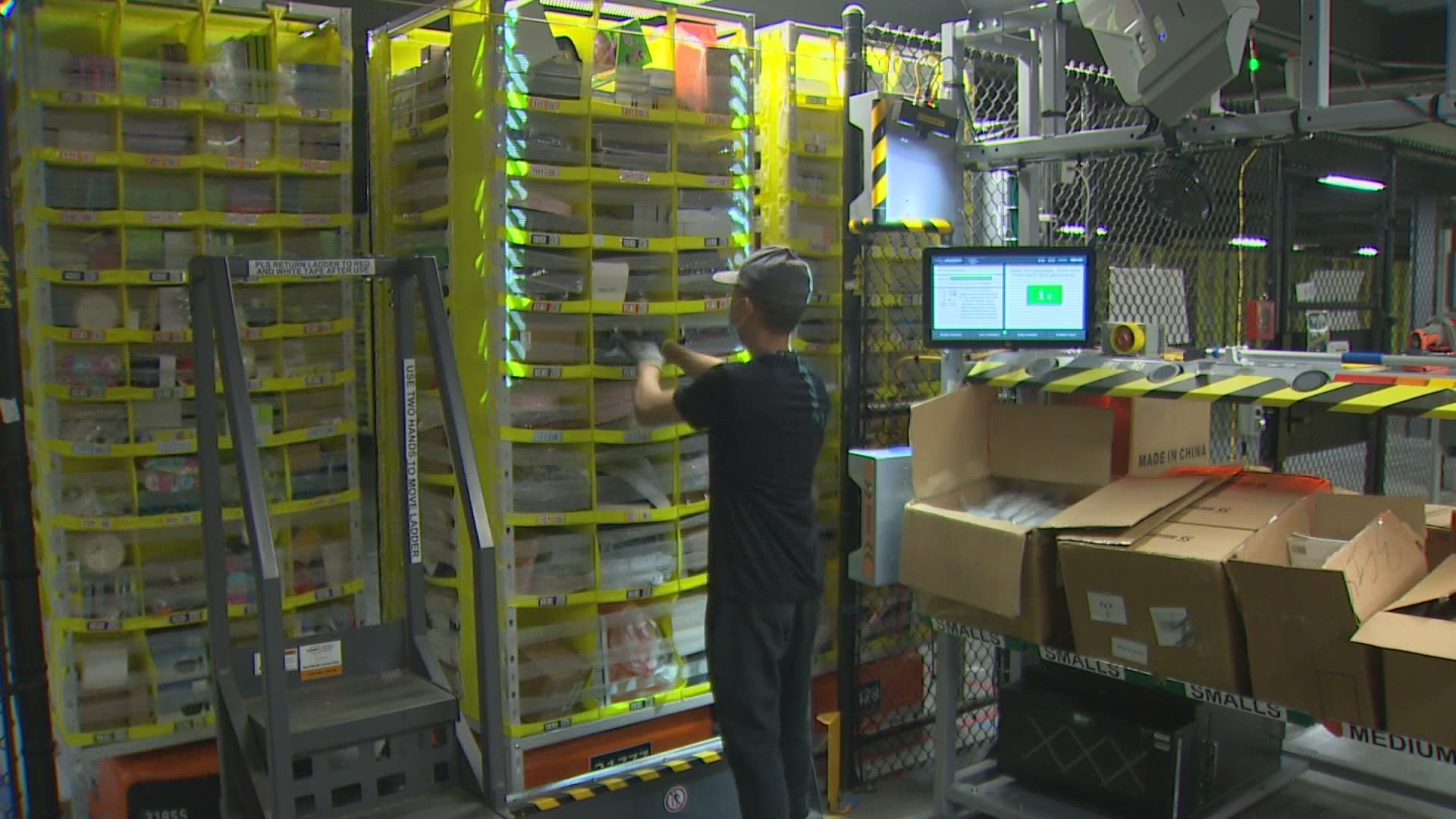 SEATTLE — Amazon announced Sunday that in order to combat worker injuries in places like its warehouses and fulfillment centers, the company is testing out some new tools called “Bert” and “Ernie.”

No, Amazon is not tapping Sesame Street characters to help with workplace safety. Bert and Ernie are the latest developments from the company’s Seattle-area Robotics and Advanced Technology lab.

This lab, along with two others like it in Boston and northern Italy, works to develop new tools and technology to help employees move items through Amazon facilities more safely and quickly.

Bert, for instance, is one of the company’s first Autonomous Mobile Robots (AMRs) and is currently being tested to independently navigate through facilities. According to an Amazon release, these kinds of robots are difficult to use in areas where machines and humans are working, which makes it necessary to have many of its robots confined to areas where worker access is restricted.

Bert could change that, the company says. With Bert, employees could summon it to carry items, eventually large and heavy products across warehouses and fulfillment centers, lessening the strain on workers.

Credit: Amazon
Amazon is testing out "Bert," a new robotic cart to help lift the strain on employees.

Ernie is a new workstation being tested at Amazon facilities that gets items onto and off of mobile shelves instead of having workers do it themselves and potentially strain their bodies.

Using a robotic arm, Ernie can take those sometimes heavy items off of the mobile shelves and deliver them to an employee.

Credit: Amazon
Amazon is testing out "Ernie," a new robotic arm to help lift the strain on employees.

“We’re known for being passionate about innovating for customers but being able to innovate with robotics for our employees is something that gives me an extra kick of motivation each day,” said Kevin Keck, director of Amazon’s Advanced Technology department.

Keck admits that a tool like Ernie doesn’t make the workflow any faster but will hopefully reduce the number of workplace incidents and injuries.

The announcement that Amazon is testing these new robots comes amid a new initiative called “WorkingWell,” which aims to cut the number of workplace injuries in the next four years.

The initiative was a direct response to a September 2020 study showing the rates of serious injuries at two Amazon facilities were higher than the national average. Amazon was also fined $7,000 by the Washington State Department of Labor and Industries after it found the company was working its employees too hard.

“The health and safety of our employees is our number one priority. By listening to them, innovating on their behalf, and driving new technologies into our facilities over the coming months and years, I’m confident we’ll make a big contribution to our goal of reducing recordable incidents by 50% by 2025,” Keck said.