After 24 years, beloved roller rink in Grapevine skates into the sunset this weekend

SkateTown opened in June of 1997. The owners, Mike and Kathy Vouklizas are former roller speed skaters and are retiring on top. 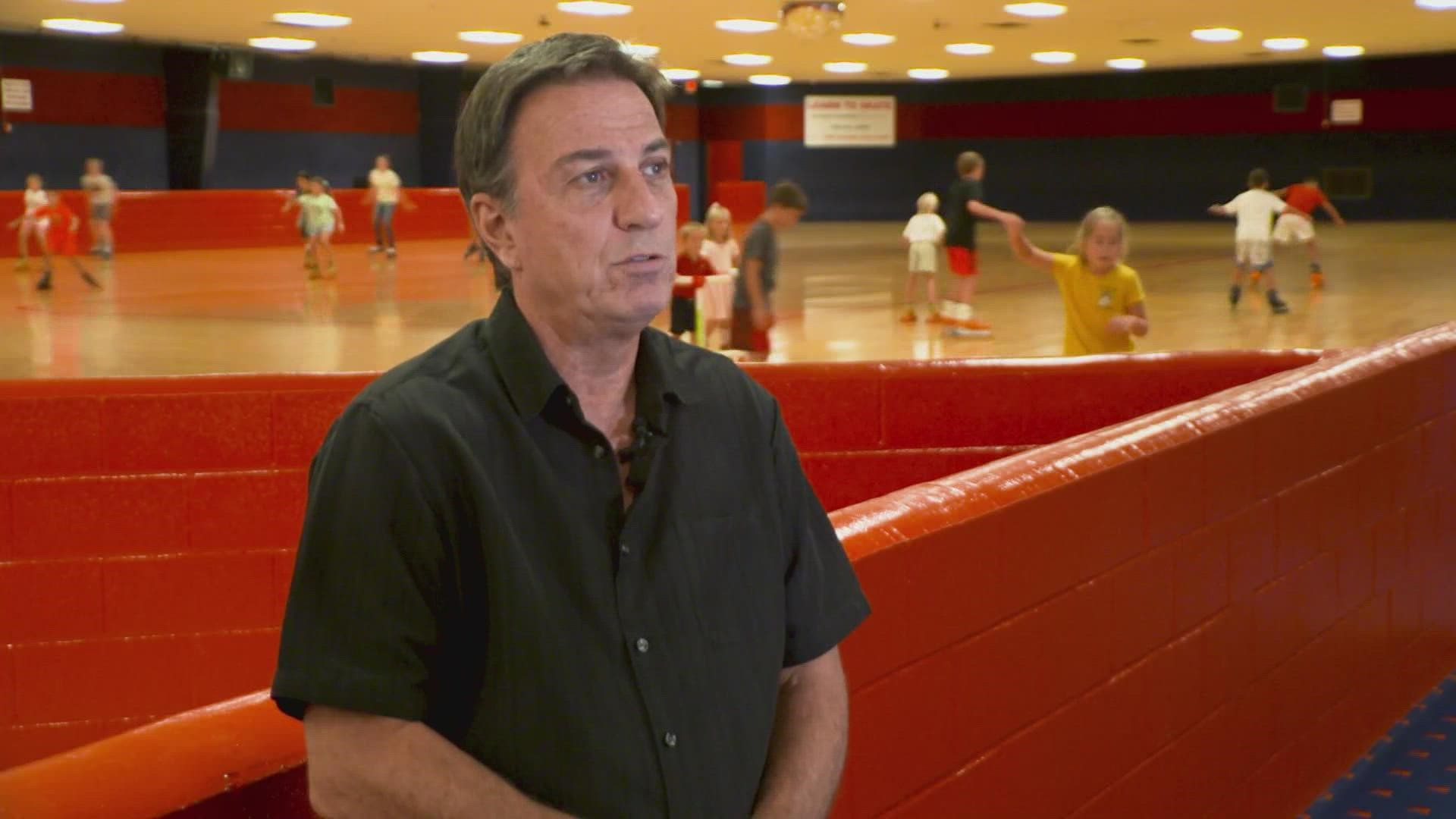 GRAPEVINE, Texas — It's been a wheeling escape weekend after weekend for many in Grapevine, but after 24 years, SkateTown roller rink finishes its final chapter Saturday night.

The owners, Mike and Kathy Vouklizas, are simply retiring and have already sold the building.

With no one in the family wanting to take over and continue the business, Mike Vouklizas told WFAA that it was time to say goodbye.

"We always wanted to retire at age 60," Vouklizas said. "Roller skating is really popular right now, and our business actually came back after the height of the pandemic, so we wanted to retire on top."

Thanks primarily to TikTok, roller skating is having a revival.

Vouklizas saw it coming right before the pandemic began.

"We had our best year in 2019 since 1999," Vouklizas said. "So we knew it was coming back. Usually, all it takes is for someone or something popular to make it boom."

Vouklizas and his wife are former roller speed skaters, skating professionally through most of the 80s.

The pair began manufacturing skates for said events until they decided to settle down and open SkateTown to be closer to family.

The doors opened in June of 1997, and it has been a staple in the community ever since.

American inline skater and ice speed skater Chad Hedrick even worked for Vouklizas at one time.

Hedrick won a gold medal in the 5,000m in the 2006 Winter Olympics and added four others during that competition and the Vancouver 2010 Winter Olympics.

Memories are hard to escape, Vouklizas added. He told WFAA he's exhausted trying to get everything ready to move out of his rink.

A lot of the equipment inside has been purchased by similar rink vendors.

When everything's gone, Vouklizas said the building would likely be offices per discussions he's had.

"It took so much effort to get this place open," Vouklizas said. "We couldn't even get the music working for a bit on opening night. I'm just as tired as I was before we opened," he chuckled.

Vouklizas named off regular customers, people he said were sad and or mad that the rink is closing.

And he couldn't help but name off a few people who had met at the rink and later got married, too.

"There's a guy named Bruce, he met his wife here, and he proposed to her on this skating floor," Vouklizas said. "A lot of people meet here and then get married."

If any of those memories include yourself, SkateTown is open for one more night on Saturday if you want to take one more lap.

"We're taking all those memories with us," Vouklizas said. "We've got a lot of them. This has been a special place for us."