Macario De Leon's mother and victims' rights activists want answers as to why Louis Ybarbo was released from custody before he is accused of killing the 18-year-old. 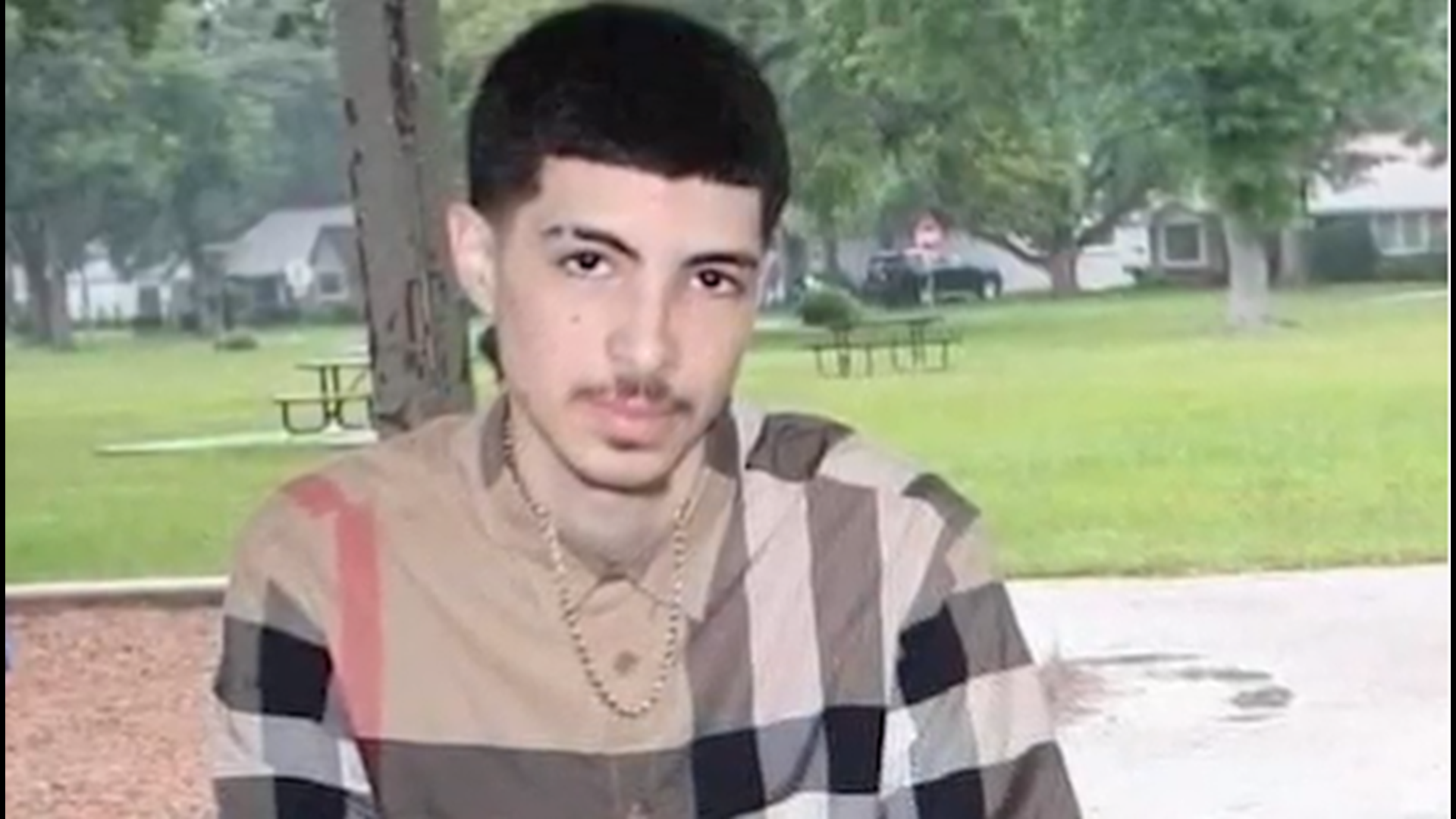 HOUSTON — A teenager was murdered earlier this month and Houston police said they need the public's help to find his accused killer, Louis Ybarbo.

On Dec. 6, Macario De Leon was shot in the parking lot of a shopping center in the 400 block of North Sam Houston Parkway East.

“He was a loving son," said Monica De Leon, his mother.

She said Macario graduated high school earlier this year, loved his family and was a hard worker who held down two jobs.

“I do believe that if this suspect had not been released that my son would be able to celebrate his birthday this coming Sunday with us," she said.

“I’m just scratching my head going, 'You had him,'" said Andy Kahan, Director of Victim's Services for Crime Stoppers.

Kahan believes it’s a tragedy that could have been prevented. Ybarbo, 21, was on probation for aggravated robbery with a deadly weapon when the Harris County District Attorney's Office asked a judge to take away his bond in July because he picked up new charges. The request was granted, but then in October a judge set his bond again and he was released.

“Now you have an 18-year-old young man who paid the ultimate price for felony bond reform, that’s his life," said Kahan.

“People do want to look at recidivism rates and they do want to give people second chances and I understand all that," said State Senator Paul Bettencourt, who represents Texas' District 7.

He plans to introduce a bill next year that would tackle felony bond reform.

“When I see almost 80 Houstonians die because a judge gave them a third, fourth or fifth chance in situations that just shouldn’t occur by common sense ... it’s got to stop," said Bettencourt.

Monica De Leon says she wants judges to see it from her shoes.

“When you are in their position, you are supposed to be able to see it from the parent’s perspective, so it doesn’t keep happening again and again and again," said De Leon.

We called the 338th District Court, but their offices are closed for the week. Houston police are asking anyone with information on Ybarbo to call Crime Stoppers at 713-222-TIPS. Including the murder charge, he has four open felony warrants.