The boy and his stepfather had been watching the Perseid meteor shower from a remote area in Nome near Highway 90 and Highway 326 when the shooting happened. 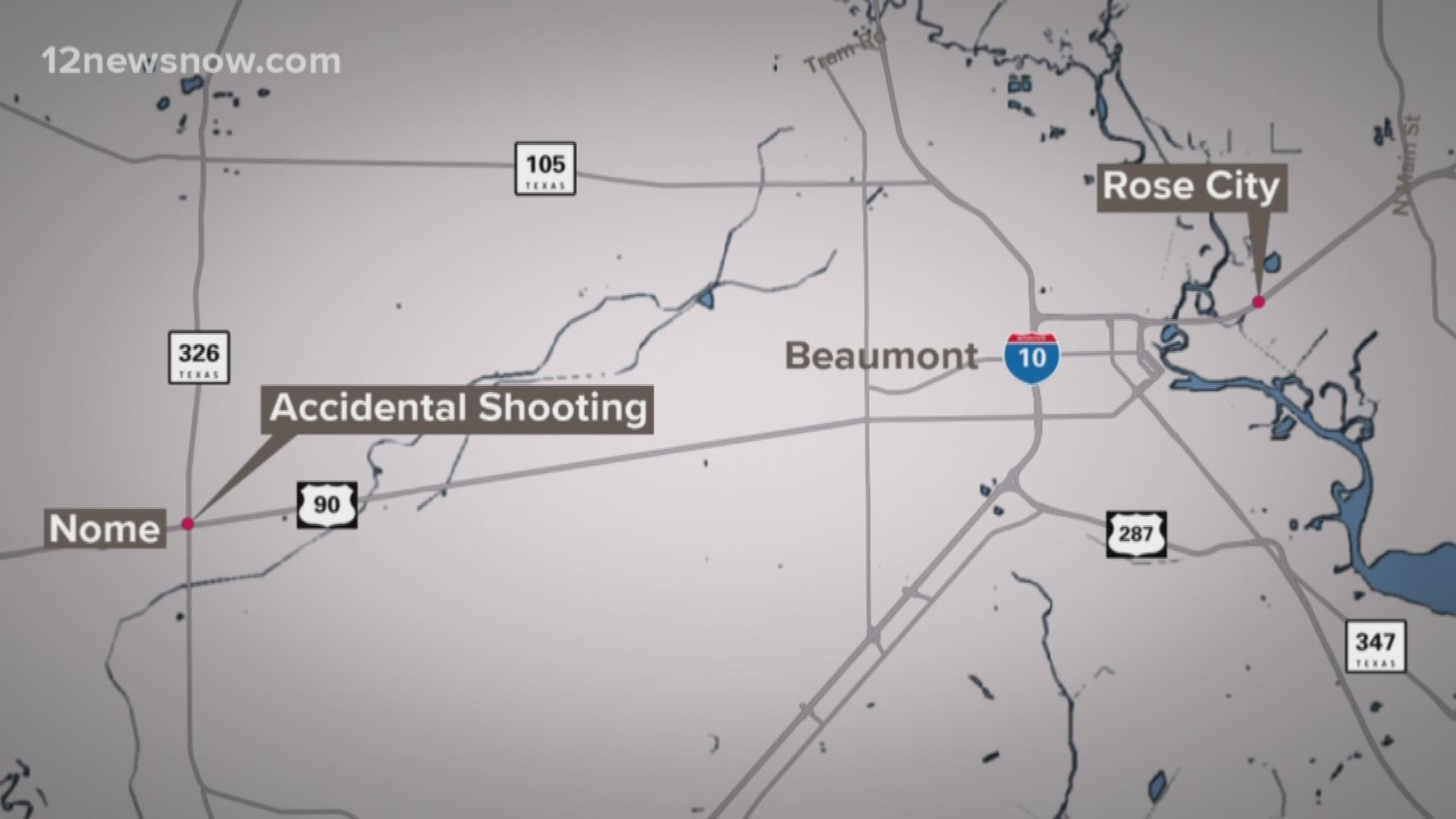 JEFFERSON COUNTY — Deputies are investigating after a 12-year-old boy was shot by his stepfather in what was described as an accidental shooting Monday night.

The boy and his stepfather had been watching the Perseid meteor shower from a remote area in Nome near Highway 90 and Highway 326 when the shooting happened according to a release from the Jefferson County Sheriff''s Office.

While the two were walking back to their vehicle the stepfather told deputies that he heard something, which he though might be a animal, running up behind him according to the release.

The stepfather, who was carrying a pistol, pulled it and fired and immediately realized he had shot his stepson the release said.

Deputies met the man and his stepson, who was shot in the right forearm, at a convenience store on Highway 90 in China the release said.

A deputy placed a trauma bandage on the boy, who was bleeding heavily, and when they called for EMS they were informed that the nearest ambulance was in Rose City.

The deputies then requested permission to transport the boy to the hospital in their patrol car because they felt the delay in an ambulance arriving could put the boy in further jeopardy according to the release.

After the boy was taken to Christus St. Elizabeth Hospital in the deputy's patrol car he was later transferred to Texas Children's Medical Center in Houston the release said.

The shooting is also being investigated by child protective services.

Reverend Mark Edwards said he experienced the fear of needing an ambulance when none was around when his wife needed one.

"Usually when you call the ambulances or the medical officials you expect them to be there maybe in 10-15 minutes," said Edwards.

He said with Chinas older population, it's a real problem. Edwards received EMT training himself, he said every minute is crucial when it comes to life-threatening illnesses.

"Certain instances, the brain can only go without oxygen for so long and 15-20 minutes, that's getting in the danger zone," explained Edwards.

He went on to explain that the boy was lucky deputies were able to safely transport him to the hospital, but that's not always the case. He said it's sometimes worse to move someone that's been injured, specifically in the case of spinal injuries.

According to Chief Doug Saunders with Emergency Services District 3, they're typically able to get on the scene first because China has no EMS station. They assess injuries and begin treating and stabilizing the patient until EMS arrives.

Saunders said Acadian is their primary EMS provider and Jefferson County EMS is secondary. When they arrive on scene, they request a response time from the nearest EMS location. The commander on scene decides if they should wait for Acadian or move on to Jefferson County depending on their estimated time of arrival.

Saunders said China had an EMS station about 15 years ago. He explained it costs about $750,000 a year to operate an ambulance, and they had to get rid of it to cut costs.

He went on to explain that Acadian provides the ambulance service to rural Jefferson county without any tax based subsidy or contract with ESD. It's strictly an agreement between Acadian and the ESDs.