A growing number of DFW Hispanics are converting to Islam. Here's why

There are a good number of converts to Islam in the DFW and Houston areas. The majority of those converts are Hispanic. 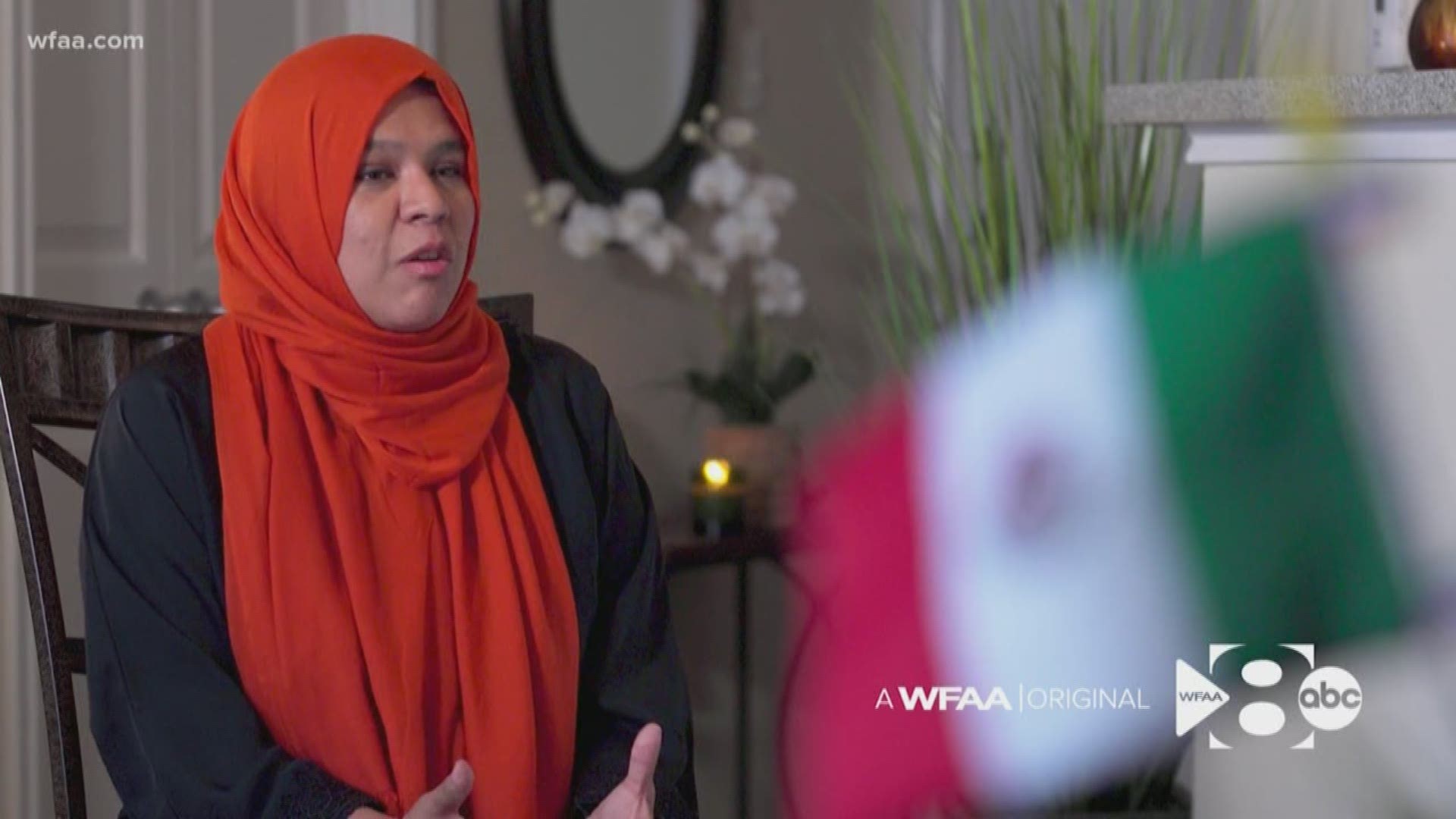 DALLAS — Nahela Morales was born in Mexico City and came to the United States at the age of 4. Raised Catholic by her devout grandparents, she had very little spiritual introduction to anything else. That is, until 9/11 happened — while Morales was in her 20s in New York City.

She said the tragedy is what forced her to open the Quran for the first time. As a Mexican-American, she understood she was venturing into territory that very few before her had.

"You don't need to compromise. I can be just as Mexican and just as Muslim," she said.

Morales is one of many Hispanics who have converted to Islam. Morales tells WFAA that there are "several thousand" converts residing in the DFW area; the strong majority are Hispanic.

Everyone has a different conversion story.

Some people have married into Islam and some, like Morales, have converted on her own. But the biggest impetus to convert was the birth of her son Andrew, who is now 14 years old.

"He was my leap of faith," Morales said. "I said I want something better for him that will be better for us."

Omar Hernandez of Dallas has a slightly different conversion story. Raised in the Northeast, his family has always been "very spiritual."

His parents were from Guatemala and raised Catholic, but he credits the African influences in his life that led to his conversion to Islam more than 26 years ago.

"When I became Muslim, I didn't feel like I was abandoning Jesus. I just feel like I had a clearer understanding of him now," Hernandez said.

These are just two stories where conversion to Islam was successful. Morales told WFAA that seven of out 10 converts end up leaving Islam. She said it's because the converts are not nurtured through the process. That statistic is the reason she's part of a group called EMBRACE: Morales is dedicated to retaining converts.

"They rush into the process, they're eager and then they fizzle out," Hernandez said.

Embrace is a group that meets to discuss issues that only converts will understand, internal and external pressures that can only be talked through with other converts instead of those born Muslim.

"To empower, embrace, integrate, nourish, and serve our Muslim reverts by providing safe social spaces that encourage growth, shape their Islamic identity, and equip them with the knowledge they need for their lifetime journey," reads an online description of the group.

Morales said at first there was some pushback from her own family about her conversion. Now, she proudly says her mom has since converted.

But, like born-Muslims, converts still have to face the misconceptions from the outside world of their religion.

"It's really our responsibility as Muslims to engage and educate, and we are still falling short," Morales said.