When you have a chance to sit down with six black teenagers you get a glimpse into their world. We asked them about race and police brutality and solutions. 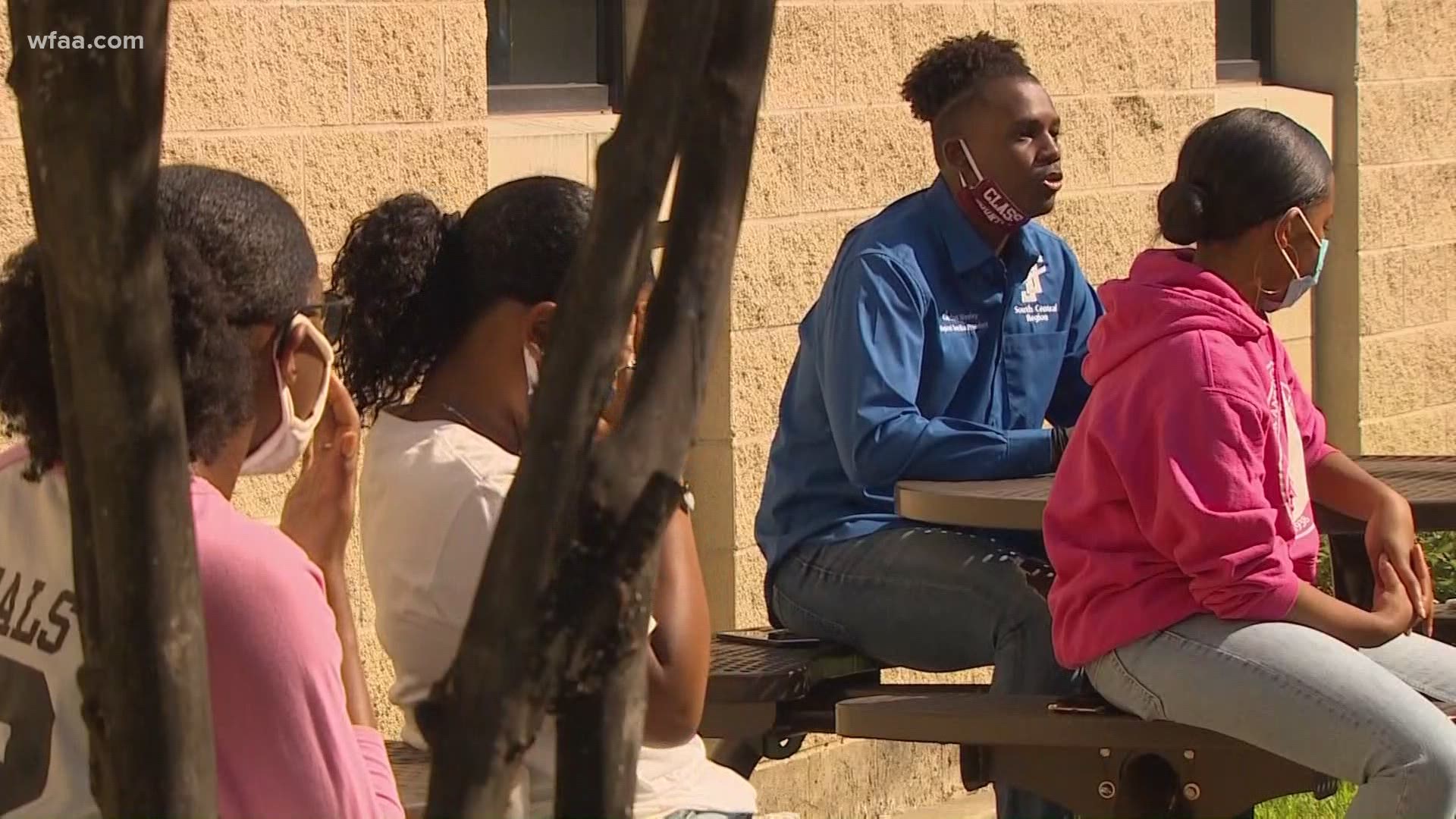 It is amazing what we all can learn when we just listen.

On Tuesday WFAA met with six black teenagers at Concord Church in Dallas. These bright 17- and 18-year-olds did not hold back as they talked through everything they are feeling about police brutality cases, and especially the arrest and death of George Floyd.

"It shakes me to the bone, it makes my blood boil," said Courtland Wesley.

All six of the teenagers have seen the nearly nine-minute video of Floyd on the ground with an officer's knee to his neck. One teenager, Kaitlyn Carter, said she could not bring herself to watch the whole video.

They have seen the images of the protests and riots in Dallas. They are clued into what is being shown on social media and what their friends are saying about these latest developments. They are critical of a media that they feel cherry-picks images to make things look worse than they are.

We asked for their opinion of the protests that have turned destructive at times.

Of the six teenagers we spoke with on Tuesday, only Joshua Waters went to protests on Saturday and Monday. He said there was a "sense of euphoria" when he realized all the people who came in support at the rallies.

"They used tear gas and rubber bullets and flash bangs. It creates this crazy scene like you're under attack and in a war zone," said Waters.

RELATED: Fort Worth officer who knelt, was hugged during protest says people 'want to be heard'

All of them were taught at a very young age about how to interact with police.

"Our faith teaches us you're valuable. God has a plan for your life despite what the world says," said senior pastor Bryan Carter of Concord Church.

They feel like solutions have not been discussed enough. The protests and riots have received considerable attention and they feel it's time to find answers to the questions plaguing our society.