The problem for Albert Bigler is that he was born in a house, not a hospital, in what is now Stephens County in 1924 and has never had an official birth certificate. 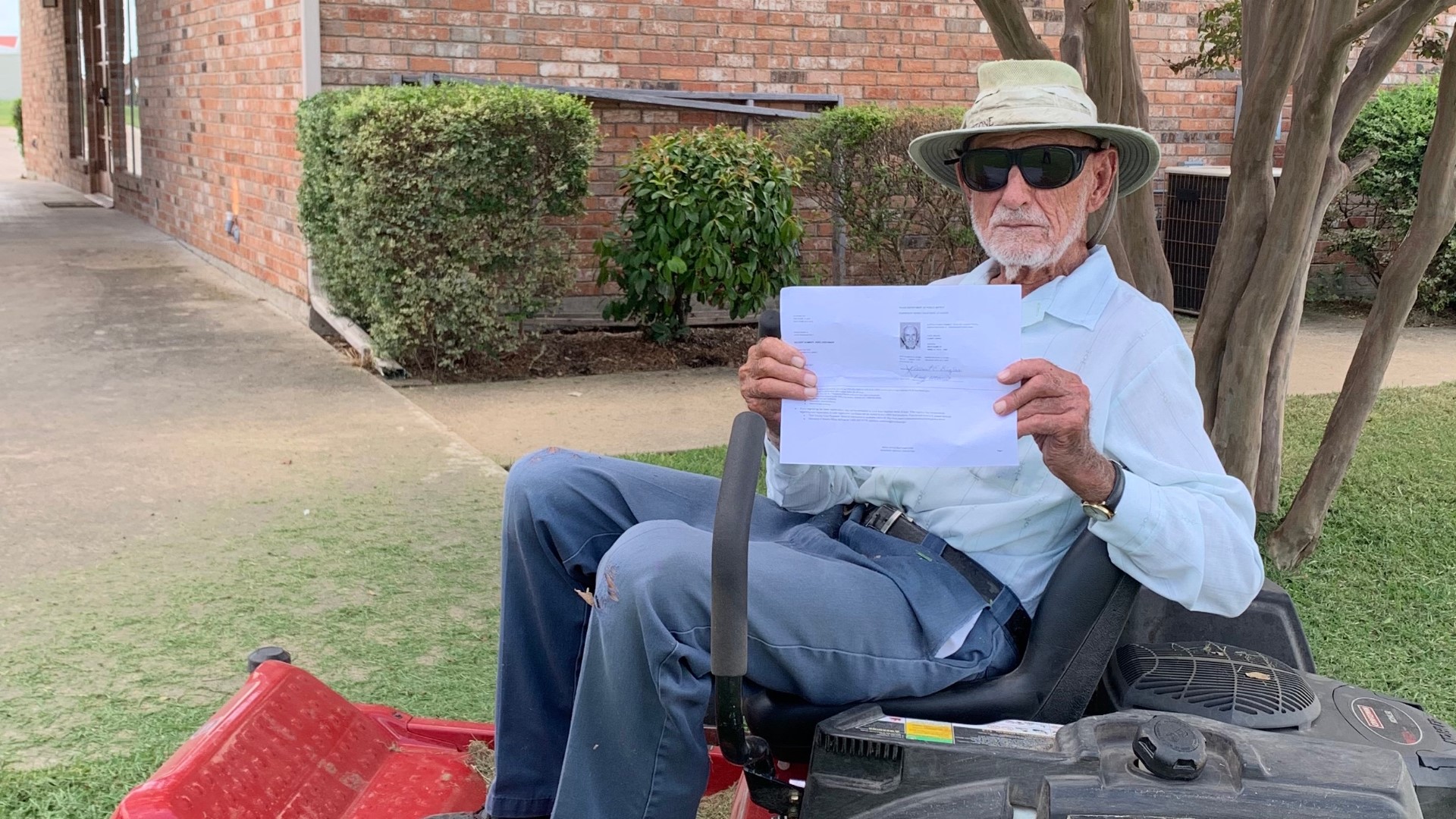 ENNIS, Texas — Two days after 95-year-old Albert Bigler asked for help getting his driver's license renewed, he has his new temporary license in hand thanks to the work of friends, advice from WFAA viewers, and the assistance of the Texas Department of Public Safety.

We told you about Albert on Monday. Workers at the DPS office in Corsicana wouldn't renew his Texas driver's license unless he could produce a birth certificate to prove his identity.

The problem for Albert is that he was born in a house, not a hospital, in what is now Stephens County in 1924, and has never had an official birth certificate.

Since his license expired in July he and fellow members of Grace Lutheran Church in Ennis have been trying to get the correct state-approved paperwork to renew his license.

He submitted baptism records and his draft notice from the three years he served in the Army in World War II. But he says the DPS workers were insistent that under current rules that he be able to produce a legal birth certificate in order to renew his license.

But on Wednesday, a final trip to the local Social Security office with a church friend yielded additional paperwork, and representatives from the Department of Public safety contacted him to help. And, shortly before noon, Albert had his temporary renewed license in hand. The permanent license, with a new smiling photo, should arrive in the mail in a few days.

So, what did Albert do after getting that license renewed? He drove back to Grace Lutheran, legally, so that he could resume the job we interrupted for his first interview on Monday. He volunteers to mow the lawn at the church. And he had 3 acres to finish.

RELATED: 95-year-old can't renew his driver's license unless he can prove he was born