In the wake of the July 7, 2016 tragedy in downtown Dallas, the city showed great strength. Here are some of the most powerful moments of unity in the aftermath of the attack. 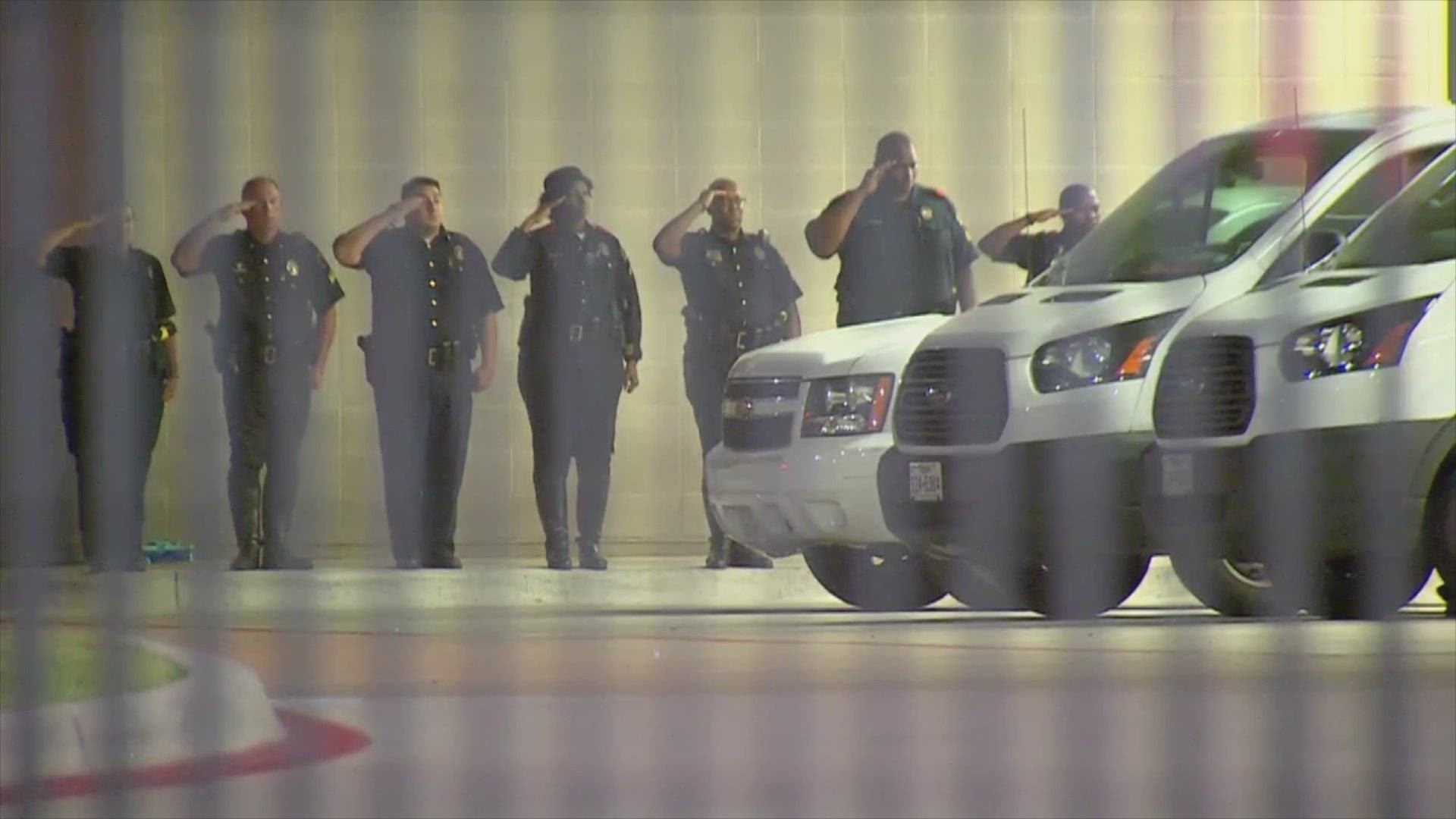 One year ago, tragedy struck the city of Dallas.

Five officers were killed when a lone gunman ambushed a march against police brutality on July 7, 2016. It was the deadliest attack for law enforcement since September 11, 2001.

But in the wake of tragedy, the city showed great strength. We collected seven powerful moments from the aftermath of the attack that showed Dallas' unity and healing:

Seven of 10 injured officers were treated at Parkland Hospital in Dallas. Three officers died there that night. In the early morning hours of July 8, as news began to spread of the lives lost, Dallas police officers saluted their fallen comrades. It’s become one of the most iconic images from that tragic night.

John Matthew Kennedy spent his day consoling those in mourning at a vigil for the fallen officers. Wearing a “free hugs” shirt that also read “pray for Dallas” on the back, he hugged any stranger who needed it -- including teary-eyed officers.

A song of peace at DPD headquarters

Davide Martello, a globe-trotting piano man also known as “Klavierkunst,” visited Dallas Police Headquarters to play a song of peace. With a grand piano in tow, he rode his bike up to the headquarters building on Lamar Street, played John Lennon’s “Imagine” and left.

Martello has also played his piano to heal heartbreak in several cities across the globe in recent years as part of a global mission “to promote peace.”

The turnout for the funerals for each fallen officer was breathtaking. Officers from police departments nationwide attended the services and patrolled the streets of Dallas so its department could attend the funerals.

What was even more amazing than the thousands who attended the funerals, were the crowds that lined streets and bridges to pay their respects as miles-long funeral processions made their way through North Texas.

A shared bond over tragedy

At a memorial for their fathers, the daughter of Sgt. Michael Smith gave a special bracelet to the daughter of Patrick Zamarripa. The gesture not only shed light on the children and families affected by the events of July 7, but was a microcosm for tragedy bringing strangers together in healing.

Cowboys back the blue

Before their first training camp practice in Oxnard, Calif., the Dallas Cowboys locked arms with then-police chief David Brown as they walked onto the field to the cheers of attendees.

The Cowboys wore “Arm in Arm” decals on their helmets during practice, but the NFL wouldn’t allow them to display them during preseason or regular season games.

At an interfaith ceremony on July 12, five seats remained empty for the five officers who couldn’t attend. American flags and police hats rested on the seats as Mayor Mike Rawlings, Presidents George W. Bush and Barack Obama and others addressed the crowd.

In a non-partisan moment, the Obamas and the Bushes stand together to unite a grieving city and nation at an interfaith ceremony following the July 7, 2016 attack on Dallas police. (Photo: MANDEL NGAN/AFP/Getty Images)

During what was a heated campaign season at the time, Bush and Obama sharing the stage to bring a city and country together was a powerful non-partisan moment.