A small group gathered in downtown Dallas at 7:07 p.m. to release balloons and pray for all who serve. 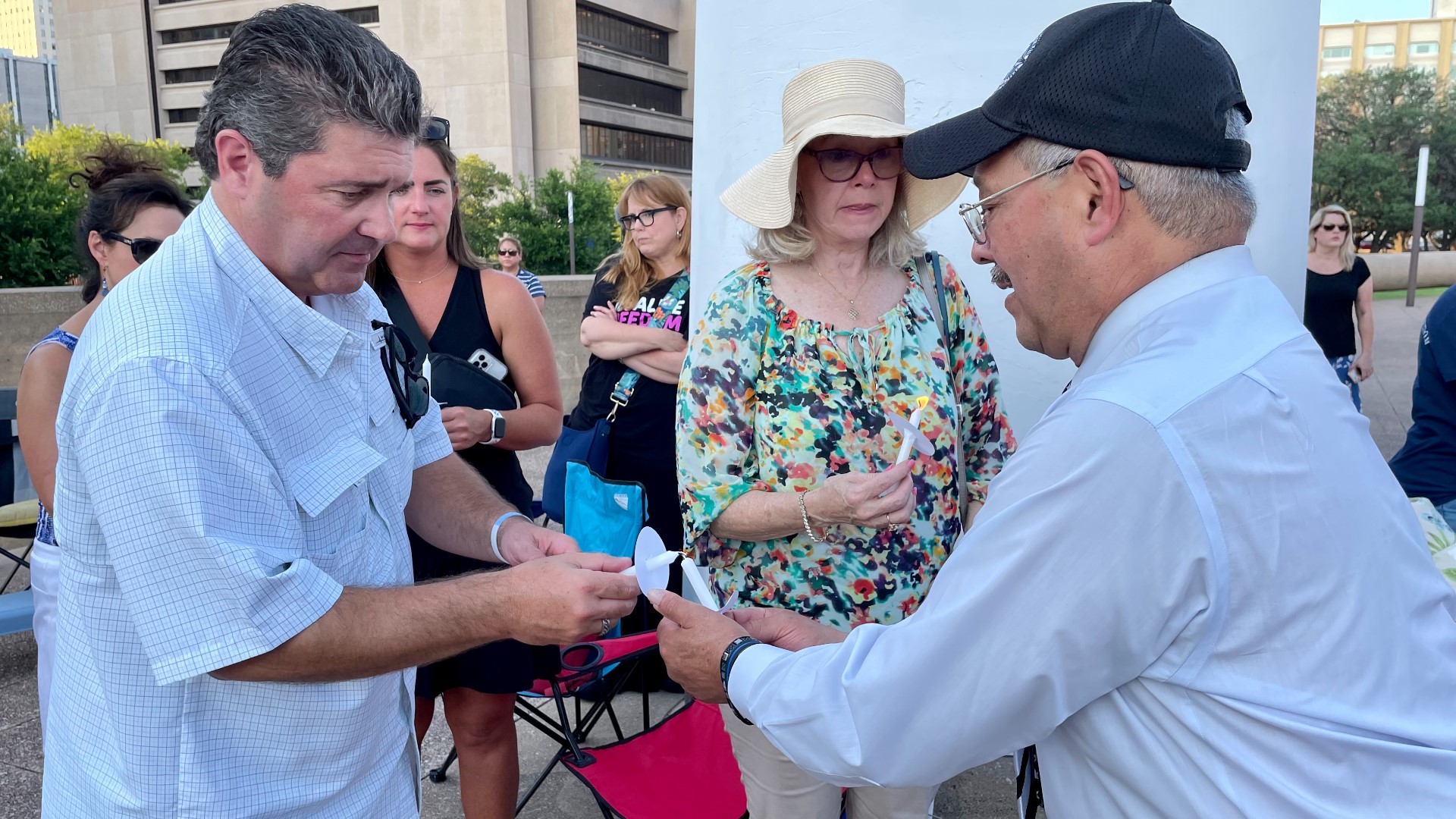 DALLAS — The night a sniper's bullets interrupted a peaceful protest against police violence forever changed Dallas and the law enforcement officers who serve the city.

Thompson, Zamarripa, Krol, Smith, and Ahrens were killed in the ambush.

On the fifth anniversary of the violence, Dallas resident Dwayne Horner organized a vigil outside Dallas City Hall to honor those victims and pay tribute to every officers' sacrifice.

“On that night we saw wickedness,” Horner told the small group that was gathered. “But we also saw righteousness.”

“They came to the tragedy, to the trauma. They walked into it,” he said of the fallen officers.

Rick Zamarripa, Patrick’s father, told the crowd time has not eased his grief.

RELATED: 'They were all heroes that night' | Families of officers killed in July 7 ambush reflect 5 years later

“People will say in time you’ll get over it. No, you’ll never get over this,” Zamarripa said. “It’s five years. Just feels like five seconds ago.”

He recalled the last time he saw his son, two days before his death.

“And that day when I was leaving, I grabbed him and said, ‘Patrick, I love you.’ And I hugged him like I wasn’t going to see him no more. He hugged me and said, ‘Dad, I love you too.’”