$625M in hail damage assessed at the speed of 'flight,' thanks to lax FAA guidelines

After the hail stopped falling, the drones started rising. Insurers came out in force, processing damage claims from the air. 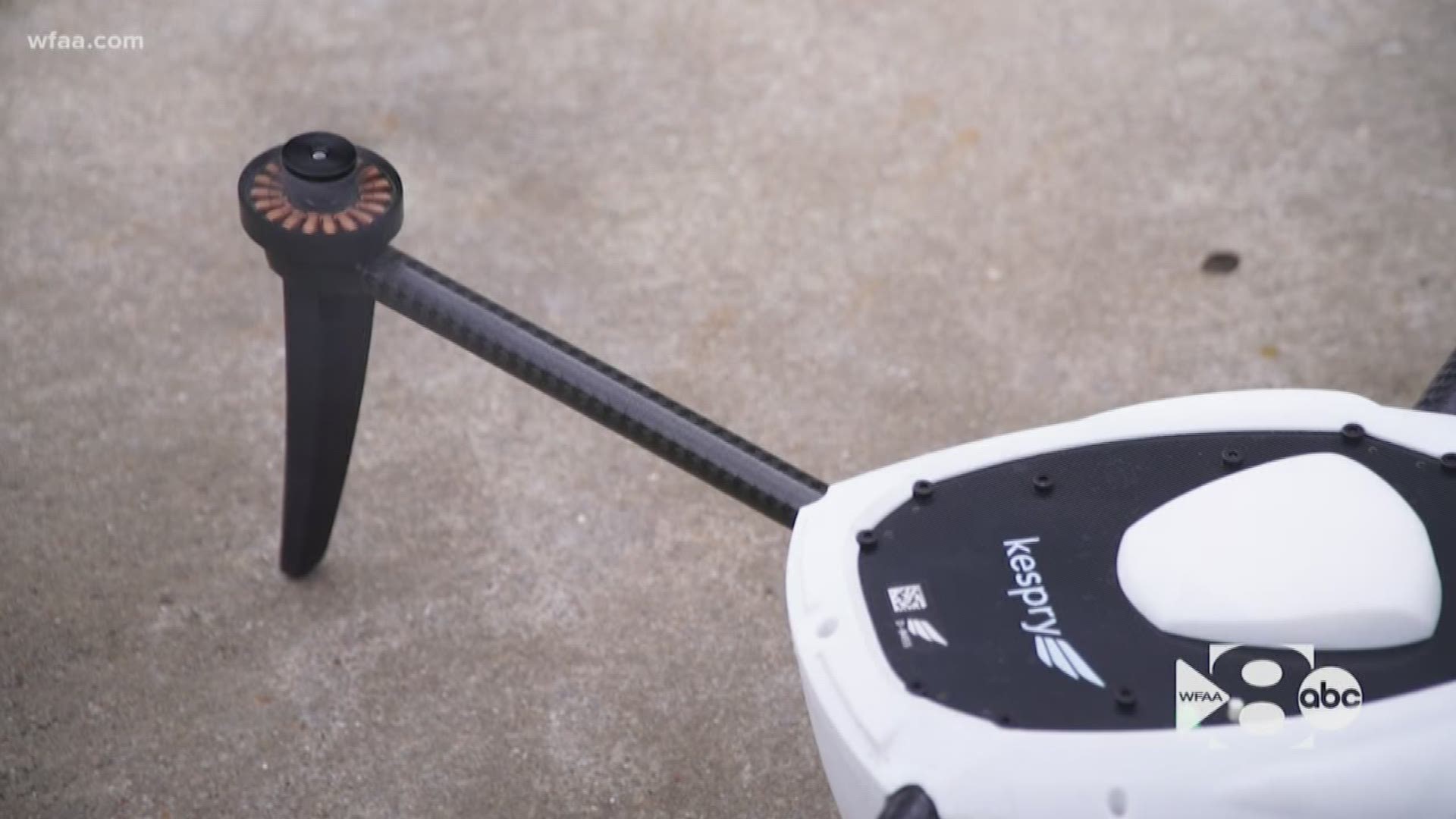 In the wee hours of the morning on June 6, 2018 – especially in the area in and around Carrollton – a barrage of ice balls banged out a whopping $625 million in damage, according to insurance estimates. And it all happened in the span of about an hour.

“I have never ever seen hail like that,” said Rebecca Schatzle of Carrollton. We spoke to her next to a smashed solar panel in her backyard.

“The hail was huge, it just went straight through it,” she said. “It was literally like someone was shooting at the house.”

The rest of her property was similarly pummeled.

Then, after the stones stopped falling, the drones started rising. Insurers came out in force, processing damage claims from the air. Insurance companies have been doing drone assessments for several years, but now the practice is really taking off.

That’s because about a month before the June hailstorm, insurers were given sweeping permission by the FAA to fly almost anywhere in Texas.

“The DFW area was in the first wave of regions that opened up,” said Dan Burton, co-founder of DroneBase, a nationwide network of drone pilots. He told us over Skype that aerial assessments are making teams of adjusters exponentially more efficient. “They can make, instead of five adjustments a day, more like 50 or 100.”

It’s pretty novel to Rebecca Schatzle. “It’s the first time I have ever seen a drone. I just took a picture of it. That is the coolest thing ever!”

But expect it to become less cool, and more commonplace. “I think this is going to become standard operating procedure,” said State Farm Claims Specialist Jerrell Campbell, who now routinely works with a drone. “This can do it much faster than I can.”

After a brief flight over Schatzle’s house, photos shot by his airborne sidekick were downloaded into his van computer. Looking at the photos, he could immediately gauge the damage. “This looks like golf ball—golf ball or larger,” he said of Schatzle’s battered roof. “We have some really good hits.”

With the help of this technology, Campbell is able to complete this claim in about an hour — roughly the same amount of time it took that fast-moving hailstorm to do the damage around Carrollton.

How streamlined is that compared to years past? “There’s no comparison,” Campbell said.

It didn’t replace him. But it may have helped speed up some roof replacements. Schatzle marvels at how quickly State Farm was able to make the assessment, and then pay the claim. “You want that turned around as quickly as possible and they did,” she said. “It was an incredibly easy process.”

As drones make the whole process fly, Burton says he has seen insurance payouts happen several days faster than the process might normally take. That’s a huge help for the property owner, he says, especially in the cases, where he has seen people dealing with homes that are no longer habitable.

“For someone who just lost their house in an emergency that really matters,” he said. “It is really important.”