On Dec. 16, the city and its recruitment firm held a public candidate forum. Here are five things we learned about Eddie Garcia from that conversation. 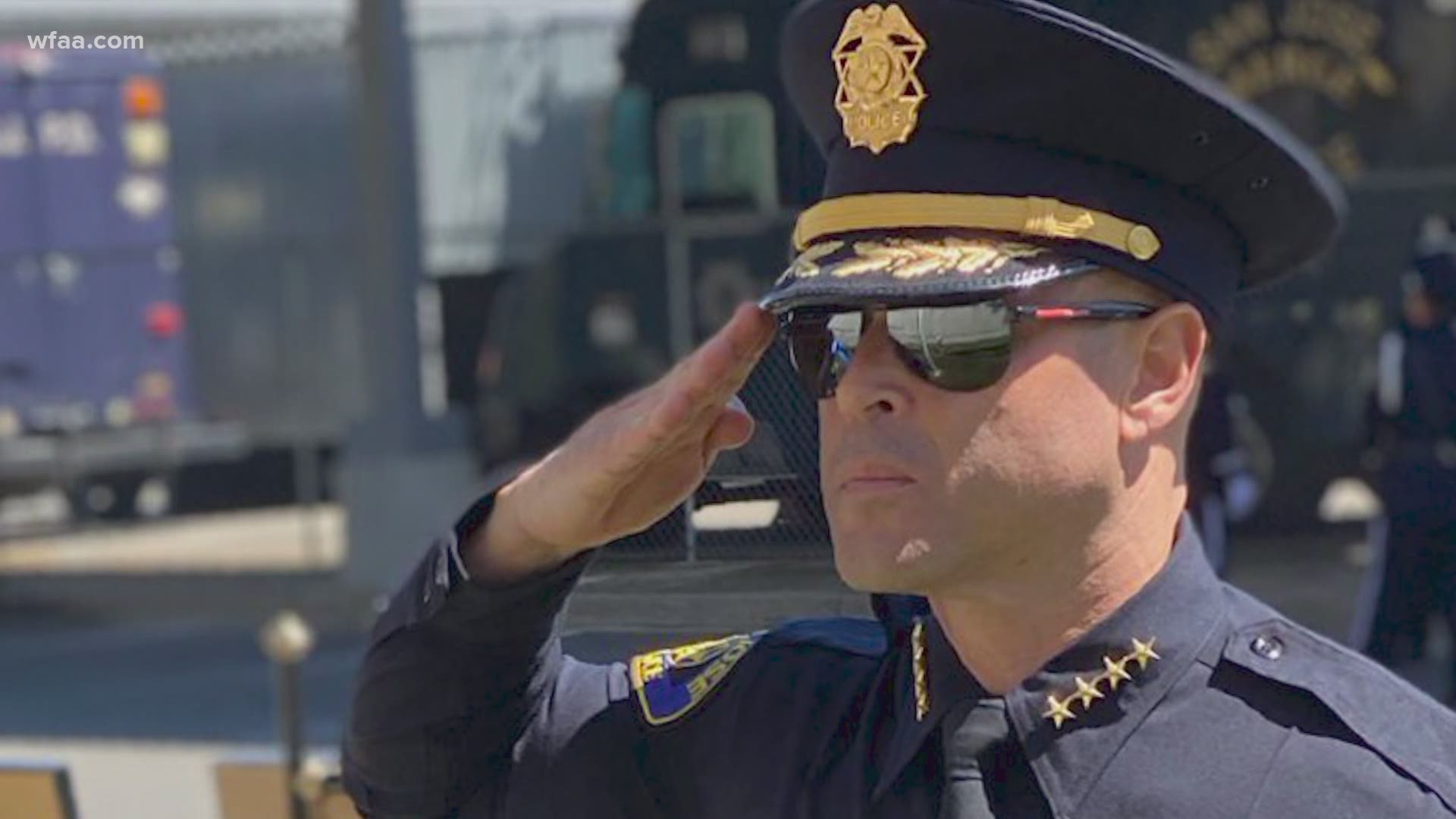 Eddie Garcia was named Wednesday as the Dallas Police Department's new chief, and is expected to begin the role on Feb. 3, 2021.

Garcia retired earlier this month as the chief of police in San Jose, California. He was with the department for nearly 30 years and became chief there in 2016.

On Dec. 16, the city and its recruitment firm held a public candidate forum. Here are five things we learned about Garcia from that conversation.

1. He's bilingual and is the city's first Latino chief

Garcia was born in Puerto Rico and said he can connect across all communities. In the forum, he mentioned the importance of building trust with communities, including the LGBTQ community, homeless community and communities of color. The San Jose Police Department established an LGBTQ committee.

He says often the immigrant population is overlooked, but the department needs that community to help report crimes and be witnesses to crimes.

He led the San Jose Police Department to help listen to those communities. He said he’s not a “stay in the office” type of chief. “I want people around the table that have different points of view, that’s important also,” he said.

2. He has experience fighting a high crime rate

As chief at the San Jose Police Department, Garcia worked with experts and looked at programs from other departments to see what would work for them. He wants the Dallas Police Department to focus efforts on visibility, investigations and to apprehend individuals using proven strategies and data.

He says part of the long-term solution for the city’s high-crime is to bring in the district attorney, federal and state partners, and the community to embrace the message that “we are not going to tolerate violence in our communities.”

The department’s goals would be fewer victims, fewer perpetrators and an increased sense of public safety in the community because “perceptions are reality,” he said.

3. The community is important to him

The department needs real change and buy-in from the community to help the department reach its goals, Garcia said. Working with community-based and faith-based organizations, city resources, education and the job sector in Dallas is key for fighting crime, he said.

“We have the third-largest concentration of Fortune 500 companies” in Dallas. The department needs them to step up to the plate and offer jobs to the people, “because we are not going to arrest our way out. We need to give people hope,” Garcia said.

He said through doing that, it will show there is an avenue outside of criminal networks.

He saw a recent story about pastors in southern Dallas talking about the need for good policing.

"That is a precious gift that does not exist in every city," Garcia said. "We have it in Dallas and we need to build on that."

Congrats to these awesome kids,for graduating from our 12 week Challenges and Choices program:Dealing with drugs, bullying, and just making good choices in life. We gotta work just as hard at positive interactions with our community, as we do taking the criminals off our streets! pic.twitter.com/FxFZKRZ7tL

“We embrace that, I embrace that because it gives the public a window into what the police department is doing," he said. "Because if we truly believe how noble our profession is, we have nothing to hide and we will show our community that.”

5. He wants to help develop the next chief after him

He grew up as a huge Dallas Cowboys fan!

"As a young child growing up in the '70s there were only three football teams on TV and the 49ers weren’t very good, the Raiders were OK and then you had the Cowboys," he said in his closing remarks during the forum. "So I became a huge Dallas Cowboys fan. I’m probably the biggest Dallas Cowboy fan in the Bay Area. My kids are Cowboys fans and every once in a while they curse me for it these days, but we get over that. One way or another I’ve been to the city dozens of times."