There will be several new faces on the next Dallas City Council after one person defeated an incumbent and three others filled seats that were open. 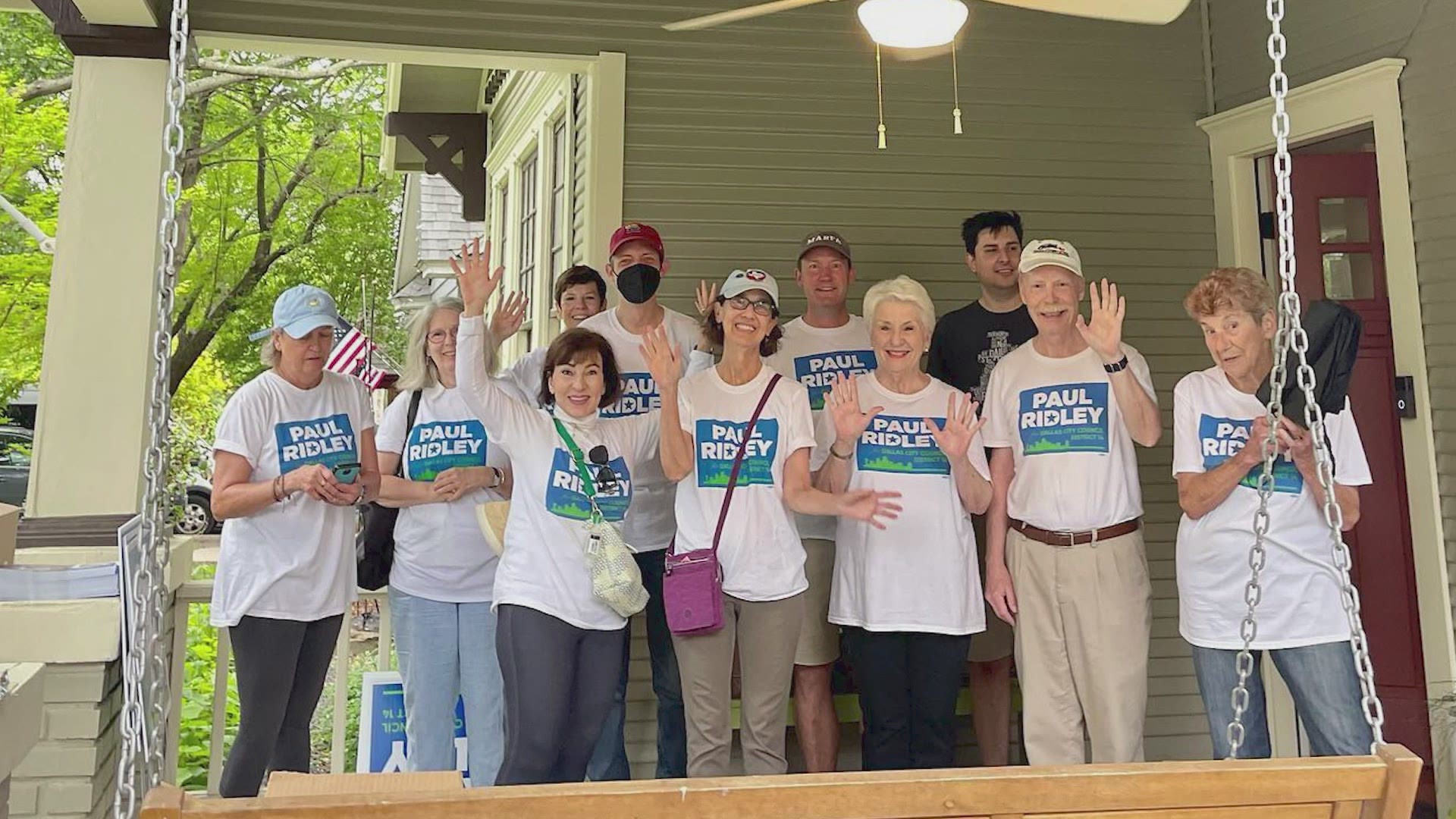 DALLAS — There will be several new faces on the next Dallas City Council after one person defeated an incumbent and three others filled seats that were open.

“The election was a great experience,” said Paul Ridley who beat incumbent David Blewett in District 14.

“What the results of the election told me, and I think tell the city, is that big money lost big and didn’t sway the voters,” Ridley said. “Nor did negative campaigning. They were looking for a message of positivity, of action, of what I was going to do, what my plans were for District 14.”

“The voters really decided this election on the issues,” Ridley said. “I think you can expect decisions (from the next council) that are more neighborhood friendly, decisions that are friendly to the environment, conservation of resources, that are friendly to our neighborhood parks. Preserving them from any inroads that have been sought to commercialize them and privatize them.”

“Probably six or seven to one and so again I think it goes back to what people are really looking for at the city level,” Donnell Willis said. “They want to feel safe in their homes, have good streets, alleys, and sidewalks, and so it’s kind of basic and I think some people kind of felt like they really wanted to be sure that was happening in our city.”

Southern Methodist University Political Science Professor Cal Jillson doesn’t expect a dramatic change with this new council, but he does think the job is tougher for Mayor Eric Johnson who endorsed two opponents of incumbents and both of the incumbents won.

“Mayor Johnson is going to have an even more difficult time creating a governing coalition on the new council than he had on the old council, he had a lot of trouble there,” Jillson said.

Big decisions are ahead, including budgeting and spending nearly 400 million dollars in federal COVID funds.

The election’s over, now the real work begins.

“The past was a prelude to the real job,” Ridley said. “I’m looking forward to serving on the council.”