Latinos accounted for 51% of the nation's growth last decade. 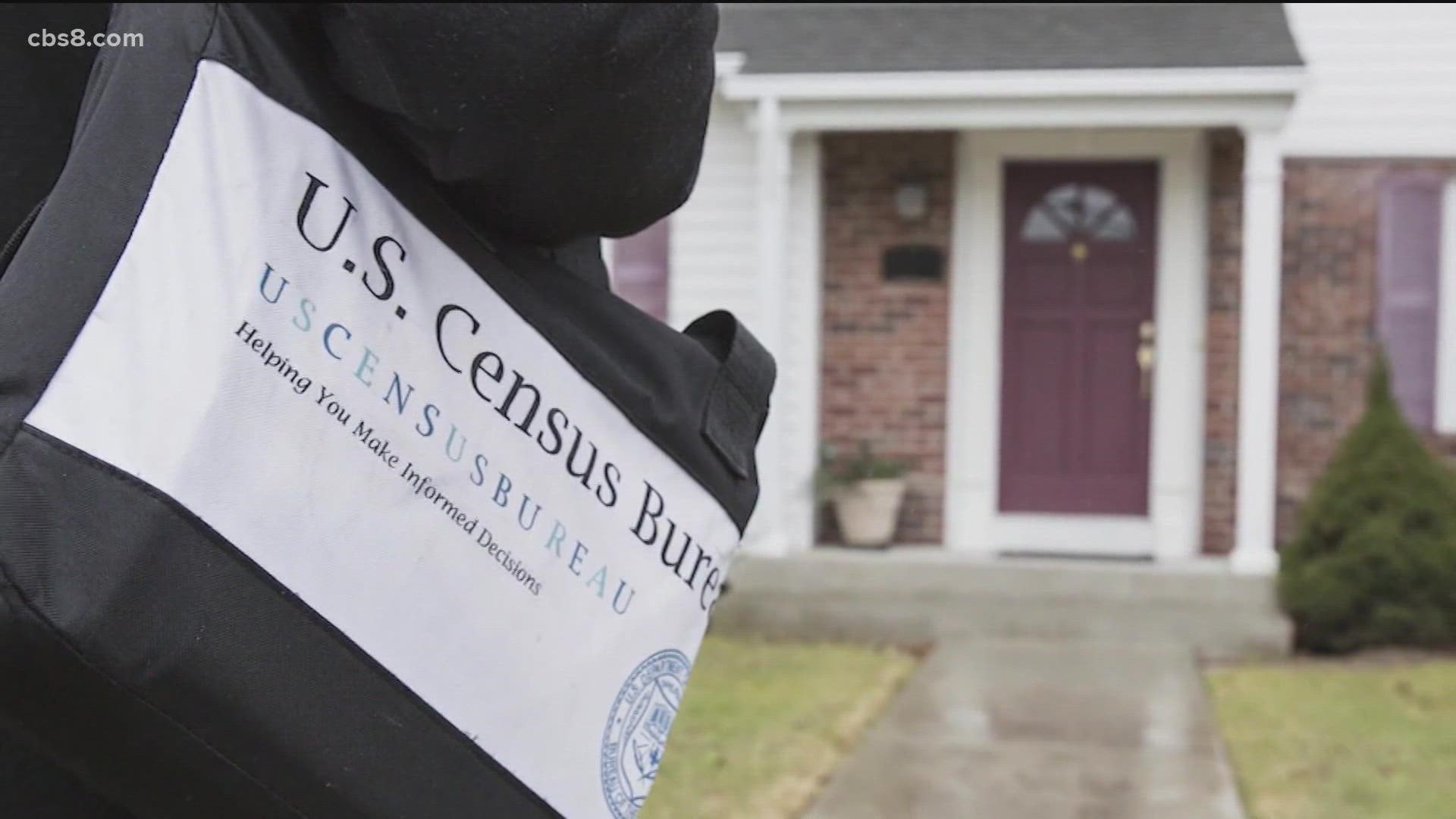 SAN DIEGO COUNTY, Calif. — The numbers of long awaited 2020 U.S. Census is out. The national survey on population, housing, education and racial make-up of the U.S. population shows we are more diverse than ever.

Nearly 25 million people nationally reported they identified with two or more races, that’s a 275% increase from 2010.

"The Latino population, Hispanic population and census terminology is the largest ethnic minority group in the nation," said Thad Kousser, a political science professor at UCSD. "Now, in some ways, the United States is starting to look more and more like California has looked for the past few decades."

San Diego's number mirrored that of the national picture. San Diego County gained 242,981 people, 128,281 of them identified as Latino or Hispanic. With a larger population, more work will need to be done locally to identify what areas grew and to allocate resources accordingly.

"We've always known that there that we've always felt that there was an undercount of Latinos in not just in San Diego County, but in the entire country," said Nancy Maldonado of the Chicano Federation.

While the organization did what they could during a pandemic to get communities to fill out the census last year, she says the number is higher than what was reported.

"You throw in kind of all the confusion and the misinformation around the the citizenship question and how that really increased the doubt for a lot of people as to whether or not they wanted to complete the census," she said.

Because the data was released so late due to the pandemic, California’s Independent Redistricting Committee will have until Dec. 31 to finalize the maps, meaning the areas around San Diego that showed the biggest growth will see more representation.

"In areas where you see more and more diverse groups, they're going to have a louder and louder voice in politics that reflects their population," said Kousser.

WATCH RELATED: San Diego's population up 6% according to latest census