The SUV crashed into a white Ford Mustang and the two suspects fled on foot, police say 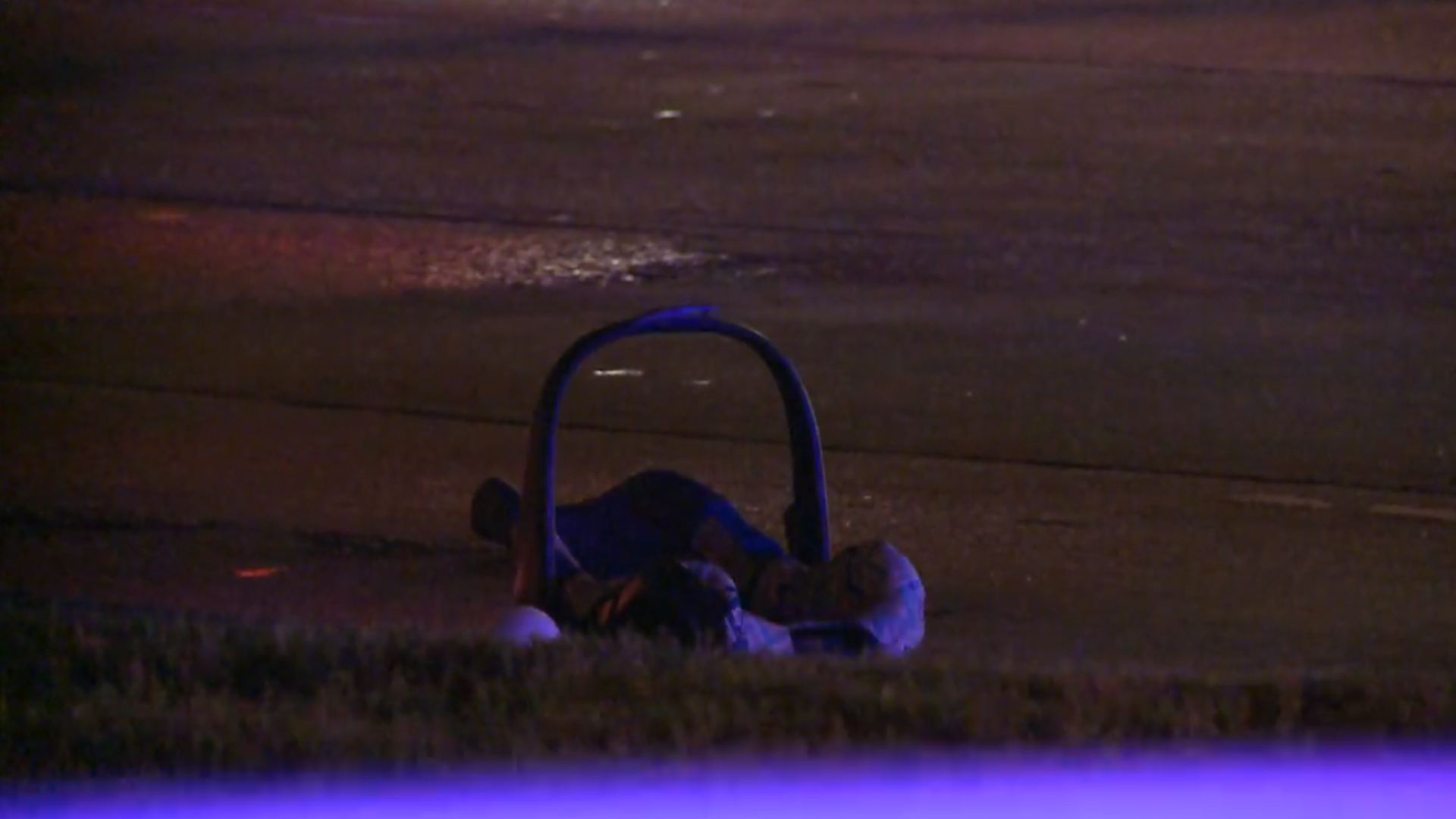 Two suspects who were involved in a chase with Garland police Saturday night ran a red light and crashed into another person’s vehicle which was carrying two children, police said. One of the children, a 2-year-old girl, was ejected from the Ford Mustang and died.

A man, woman and a 3-year-old boy, who were also in the Mustang, were seriously injured and taken to local hospitals, police said.

The pursuit of the suspect vehicle, a black Nissan SUV, started at about 10:30 p.m. when Garland police attempted to stop the vehicle on suspicion of drunken driving.

An officer tried to catch up to the SUV after it ran a red light at a high rate of speed at Broadway Boulevard at Oates Road, police said. The SUV ran a second red light "without regard to safety," police said. The officer had overhead lights and sirens on, but Maldonado refused to stop or acknowledge the officer's presence, police said.

When they thought the pursuit was too dangerous, they backed off.

"Our officers decided to create some space, slow down, hoping by creating a situation where the suspect no longer saw the police vehicle he would slow down," Barineau said.

But they say he kept going.

The officer requested a Department of Public Safety helicopter for assistance due to the dangerous driving, police said. The helicopter tracked the SUV from a distance. At one point the SUV exceeded 100 mph and Maldonado turned off the SUV's headlights as he drove on Interstate 635, police said.

"Despite the fact that officers were no longer behind the Nissan, the driver did not slow down or change his driving habits," the Garland Police Department said in a statement.

Maldonado exited I-635 and ran another red light while turning westbound on Northwest Highway. As he approached Shiloh Road, a white Ford Mustang was traveling through the intersection. Maldonado ran through the red light and struck the Mustang, police said.

The DPS helicopter informed Garland police of where the SUV was traveling and told them it was involved in a crash.

Maldonado and Vivas fled the scene on foot. Garland officers arrived on scene and were able to locate and arrest the suspects.

A man, woman and a 3-year-old boy who were in the Mustang were taken to local hospitals with serious injuries, police said. The 2-year-old girl was ejected from the vehicle and later pronounced dead.

The suspects are currently in the Garland Detention Center. In addition to these charges, Maldonado also had a probation violation warrant out of Dallas County for burglary of a habitation.

"It’s just a prime example of what alcohol or drugs can do to one who has over indulged and get behind the wheel of the car,” said Ron Sylvan, the vice president of marketing for Mothers Against Drunk Driving.

“Because they put the weapon in the hands of the offender,” Sylvan said.

MADD says Memoria Day weekend is one of the deadliest weekends of the year when it comes to drunk driving deaths.

They say, sadly all of the deaths are preventable if people stop driving drunk.

NBA to discuss restarting season at Disney complex in Orlando