2 dead, 18 injured in shootings across the City of St. Louis over the weekend

In addition to the shootings in the City of St. Louis, about 5 miles away, in Venice, Illinois – 14-year-old Jaylon McKenzie, was shot and killed late Saturday night at a house party following prom. 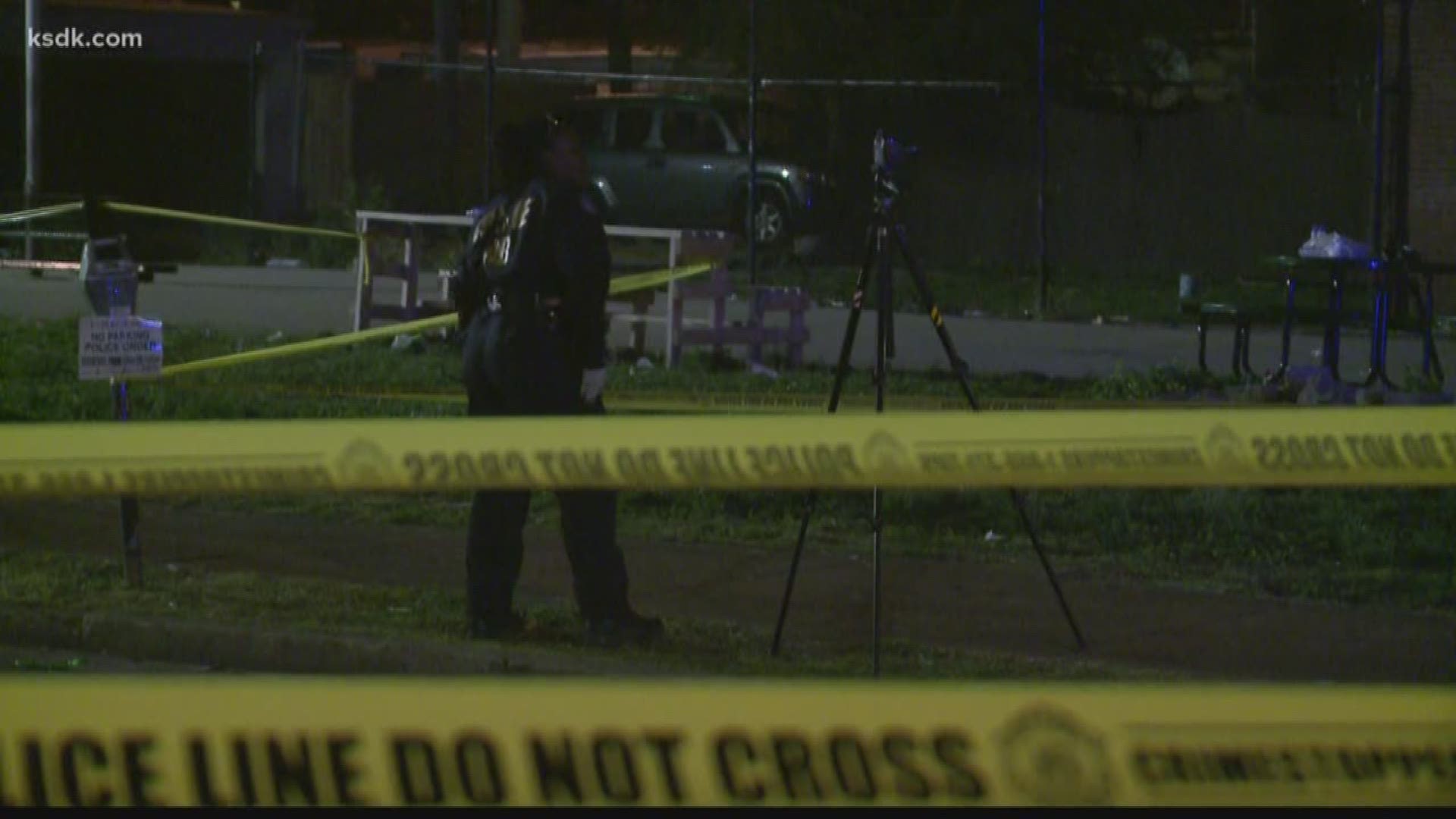 ST. LOUIS – It was a violent weekend in the City of St. Louis. Two people were killed and 18 were injured during shootings.

As of May 6, there have been 46 homicides – at this same time last year, there were 58 homicides.

5 On Your Side reached out to Mayor Lyda Krewson and St. Louis Metropolitan Police Chief John Hayden, both said they were not available for interviews on Monday.

On Monday afternoon, police said of the 10 shootings that occurred over the weekend – two are possibly drug-related, five are possibly related to an argument or personal vendetta and the others remain uncertain due to the lack of cooperation from victims and witnesses.

“While these possible motives are not necessarily mutually exclusive, the department believes that not one of these shootings was random. As several summaries indicated, there were multiple victims who were uncooperative and refused to provide truthful information to officers. As you can imagine, this creates great difficulty during the investigation,” A police spokesperson said in an email.

Anyone with information on any of the shootings should contact CrimeStoppers at 866-371-8477.

Earlier this month, St. Louis alderman Brandon Bosley, asked the governor to bring in Missouri National Guard to fight crime. "This is not normal. We are not in Afghanistan," said Bosley on April 9.

After this weekend, his tone was much the same.

We hear gunshots and don't even get on the ground anymore. That's not OK."

In addition to the shootings in the City of St. Louis, about 5 miles away, in Venice, Illinois – 14-year-old Jaylon McKenzie, was shot and killed late Saturday night at a house party following prom. McKenzie was a standout football star in East St. Louis. A 15-year-old girl was also injured at the same party, she remains in critical condition.

Around 1 a.m., a 34-year-old man told police a dark vehicle drove by and fired shots at him in the 4100 block of Pleasant Street. He was transported to a hospital where he’s in critical condition.

About 10 minutes later, police heard multiple gunshots fired just south of their location – in the 5900 block of Delmar. When officers arrived, they saw multiple people leaving the scene on foot and in vehicles. Police were notified that a 21-year-old man was taken to a hospital by someone he knew.

Around 1:35 a.m., police responded to the Salama Market on St. Louis Avenue where two people told said they were shot. Police said the victims became uncooperative and refused to provide any other information, so it’s unclear where the shooting exactly occurred. Both were transported to hospitals

A 32-year-old man was shot outside of his Dutchtown home around 2:30 a.m. and was transported to a hospital by someone he knew. He had a gunshot wound to his arm and leg.

Around 3:15 a.m., in the 2600 block of Union, police found five people in and around a minivan suffering from gunshot wounds. Investigation revealed the victims were inside the minivan when someone pulled alongside them and started firing shots.

Bobby Carter, 28, was pronounced dead at the scene and the four others were transported to a hospital where they’re in critical condition.

Around 10:40 a.m., police responded to the 5300 block of Vernon in the Visitation Park neighborhood where 31-year-old Jessica Vinson was found shot to death.

Three people were hurt after shots were fired near the Delmar Loop around 8:40 p.m. Police responded to the 700 block of Des Peres Avenue where a 23-year-old woman and a 21-year-old man said they were walking when two cars pulled up behind them, the people got out and started shooting at them. During the investigation, police were notified another 21-year-old man was taken to the hospital with a gunshot wound to his leg. He said he saw large group of people arguing, followed by several gunshots and he felt pain to his leg and had a friend bring him to the hospital.

Around 9 p.m., a 17-year-old was playing basketball in Fox Park when a car drove by and fired shots at him. He suffered from a gunshot wound to his leg. The next day, a 20-year-old told police he was also struck during the incident. He was transported to a hospital.

Early Sunday morning, police responded to the 100 block of Morgan Street, which is near The Landing, where a teen was shot. An 18-year-old man told police he and the two other victims got into an argument with several people near 2nd Street and Morgan Street – when they went to their car, they heard gunshots from a dark SUV. The two other victims took the 18-year-old to the hospital, once they left the hospital, the same dark SUV fired shots at them near Grand and St. Louis Avenue and then they were involved in an accident. They were transported to a hospital.

A 21-year-old woman was injured when a car drove by her and fired shots in the Benton Park West neighborhood around 8 p.m. She was transported to a hospital.

Around 11:30 p.m., police heard several gunshots near the 1400 block of St. Charles. An officer saw a 24-year-old man carrying a large gun. When officers told him to stop – he ran to a red car and left the scene. Another officer stopped the car in the 2900 block of Dr. Martin Luther King and took two people into custody. They also seized an AR-15 from the car. No one was injured in this shooting, but a car was damaged by gunfire.