The City of Fort Worth’s Code Compliance Department said it issued four citations to bars, including one bar that temporarily lost its license. 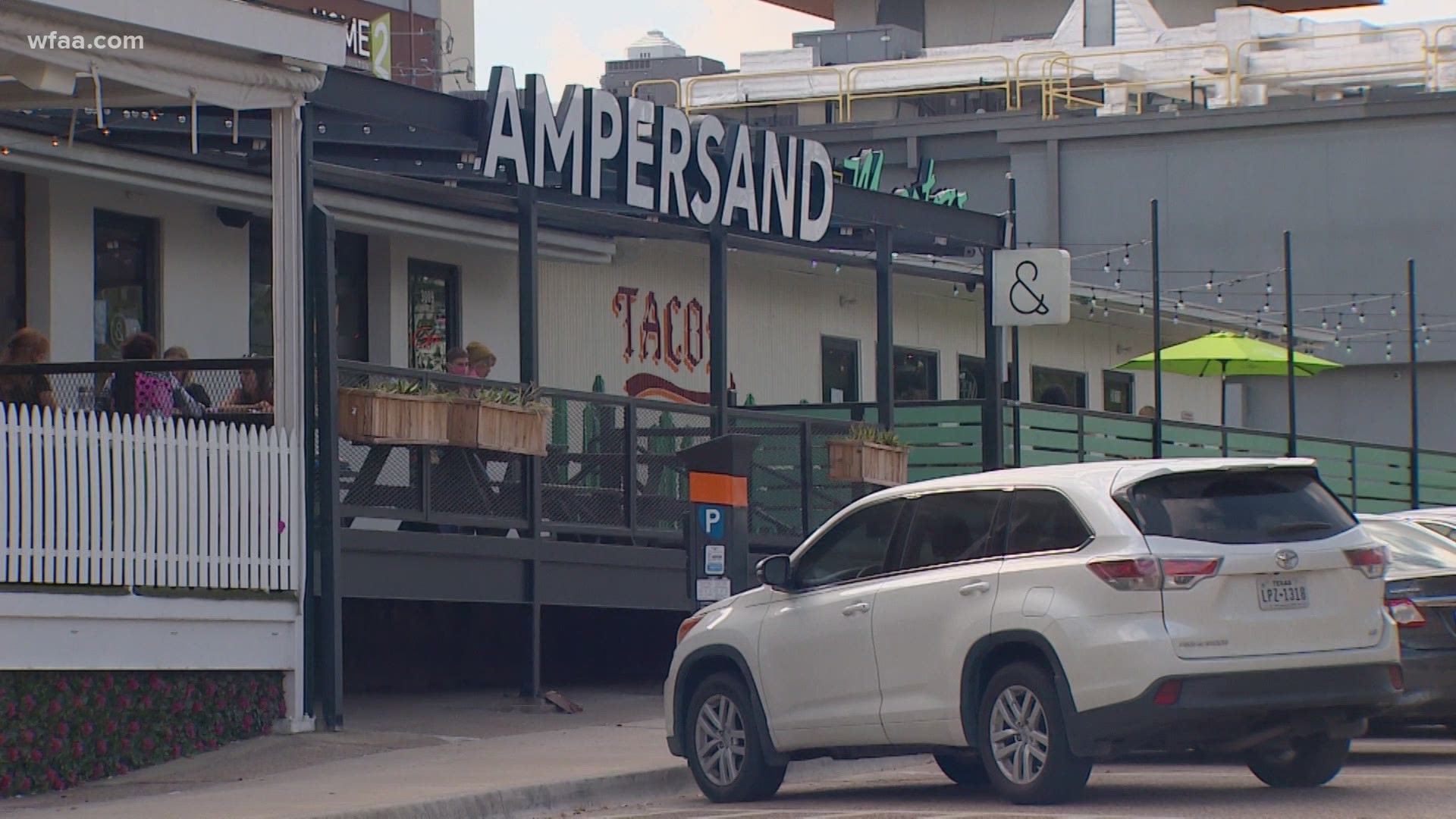 The Ampersand on Bledsoe Street in Fort Worth and The Whippersnapper in Dallas are two of the six bars that lost their licenses for 30 days after inspections to enforce the state’s COVID-19 health and safety protocols.

Those protocols include limiting indoor customer capacity to 50% for bars and 75% for restaurants along with 6-foot social distancing between groups of customers.

Agents conducted 1,344 inspections over the last week, according to the TABC.

In Fort Worth, the code compliance department issued four citations to bars after last weekend. Under Gov. Greg Abbott’s order, bars were allowed to reopen at 50% capacity on Oct. 14.

Bars in Tarrant County could reopen but not in Dallas County.

The Fort Worth code compliance director, Brandon Bennett, went out Friday and Saturday night in the West 7th area.

Bennett said many bars did follow the rules. But there were some that didn’t.

Ampersand was cited twice by Fort Worth code compliance. The bar's license was suspended for 30 days.

“They had people with drinks in their hand, walking about without masks on their face, so it was a double violation: You can only eat and drink at the table. And you can't walk about with drinks in your hand,” Bennett said.

According to the statewide orders, "All customers must be seated while eating or drinking at the bar or similar establishment."

Employees must wear masks covering their noses and mouths. Customers must also wear face masks except when seated to eat or drink.

Ampersand issued the below statement in part to WFAA following the suspension.

"The health and safety of our guests is truly important to us. Our current protocol includes required temperature checks and masks for all employees and guests. Our tables are spaced 6 feet apart and we have multiple sanitizing stations. Social distancing is enforced. We have a professional cleaning crew that provides deep cleaning daily."

When masks are required

Bennett said many bars are following the rules.

“You have your neighborhood bars, your smaller bars. They have not been a problem through this whole ordeal," the code compliance director said.

During his checks of bars over the weekend, Bennett said he saw some establishments with lines out the door as late as 1:30 a.m.

That means a lot of people were standing close together and not wearing masks, something Bennett clarified is “not something that we can enforce, but is a very risky behavior.”

City officials are looking at options to hand out masks "and get some of our medical people out there and actually work with the people standing in line to wear a mask,” Bennett said.

There are some gray areas in the rules for bars, particularly regarding dancing.

"As recommended by the bar and nightclub industry, keep dance floors closed," according to Abbott's order,

“Recommended by the industry does not make it a violation of law,” Bennett said.

The code enforcement director said the City will hand out a brochure to hand out to bars about what is safe and recommended.

People can dance if they aren't holding a drink, are wearing a mask, there are fewer than 10 people in the group and there's at least 6 feet of space between their group and another.

"How we're going to police that will be another challenge," Bennett said.

He said code enforcement will educate bar owners on what's allowed and leave it to them to make it work.

It’s impossible for Bennett and his team to be at every bar, every weekend. So they do rely on videos posted to social media.

“At times, this is really good credible information, where people are helping be the eyes and ears for the city, and we're responding to that, no matter what the intent was. We investigate it and take appropriate action,” Bennett said.

But sometimes the videos posted to social media are dated.

Bennett said city employees look at the videos and check the signs in the background to determine when the images were taken.

He suspects some people don't think bars should be allowed to reopen and are "they're putting stuff out that's negative towards the bars." 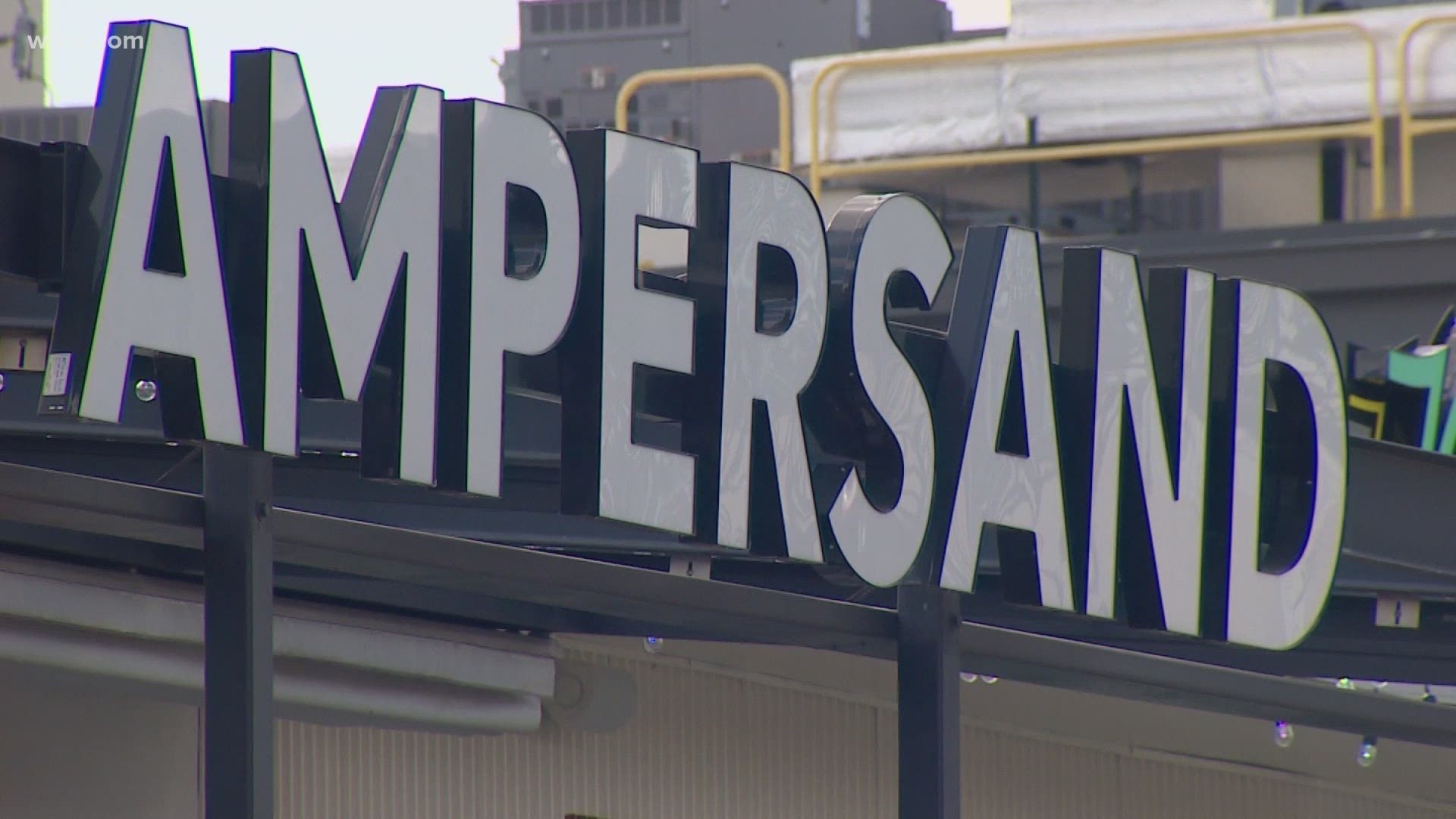