"I've told him I'm very proud of him, because if it wasn't for him, I wouldn't be here," Camille Allen said. "He's done it not once, he's done it twice for me." 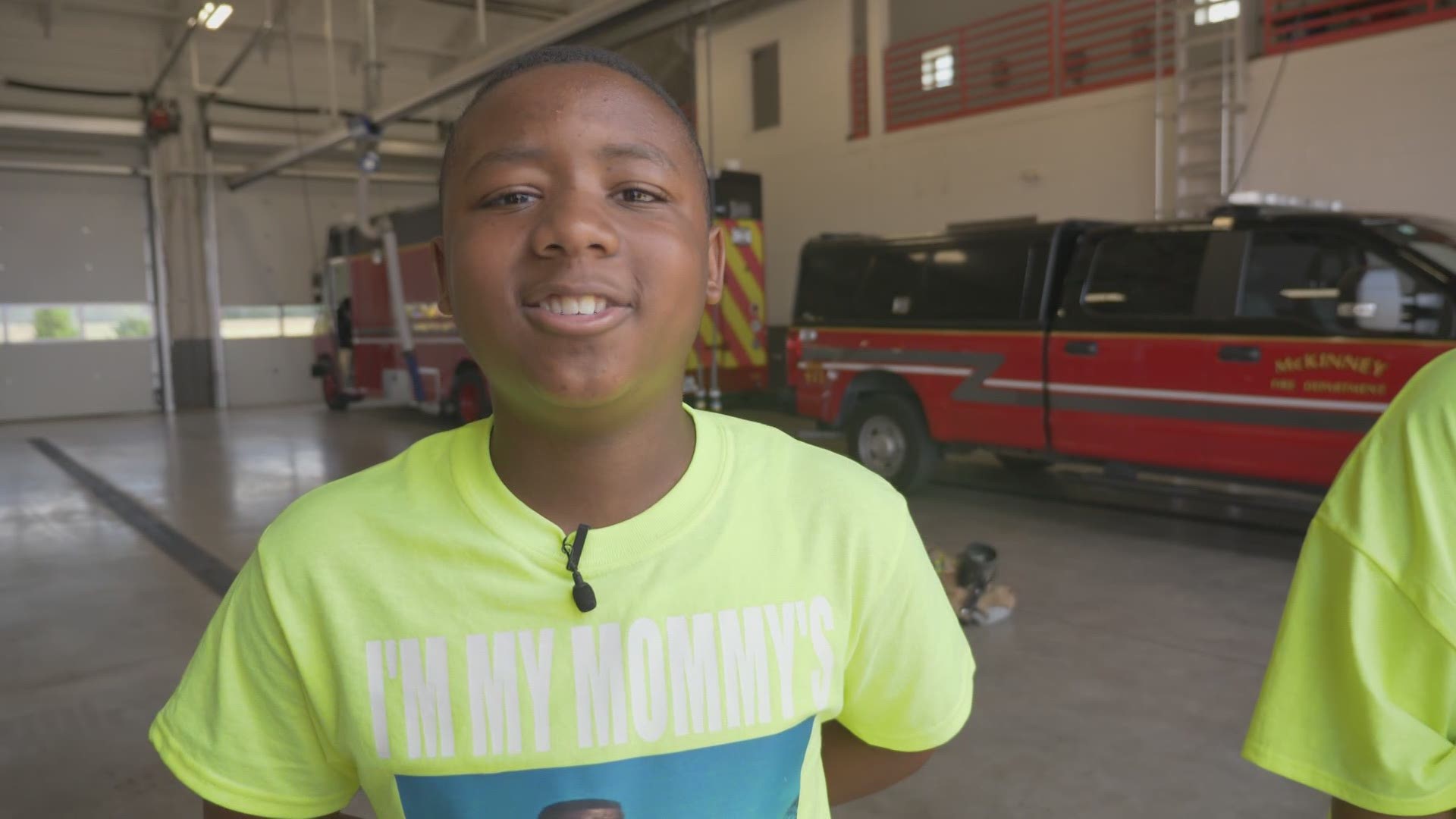 The Allen family arrived at the fire station in matching bright yellow T-shirts. Xavier had "I'm my mommy's hero" silk-screened on the front of his shirt.

And nervously, standing in front of a plethora of news media microphones and cameras, the 13-year-old agreed to read the letter he wrote to thank the assembled medical personnel.

"My mom was doing better but she couldn't talk," he said, remembering the day when his mom began to act confused as they got into their car.

"I really wish I could have given the medics something for my appreciation for them saving my mom's life," he said, with tears streaming down his face.

In 2015, when Xavier was just 7 years old, and then again in April of this year, he was the one who called 911. He was the one who calmly told paramedics and doctors his mom's symptoms, and got her the help she needed, so that clot-busting drugs could do their work in time.

While at Baylor Scott & White in Plano, Camille Allen underwent a successful mechanical thrombectomy procedure to restore blood flow to her brain.

"The son recognizing these symptoms, calling for help and then coming with his mom to the hospital to provide all of that information to me, was the most important part of what it took to take care of her," said Baylor Scott & White emergency room physician Sam Ritter.

So, Xavier was honored at McKinney Fire Station 9 with certificates to make his "hero" status official. Then, he and his siblings were given a tour of the fire station to maybe cement the idea that a hero's life might just be the right fit for him.

Either way, he'll always be "mommy's little hero." It says so on his mom's matching T-shirt.

Xavier, meanwhile, despite his lengthy letter, is a young man of few words. But he did offer his advice for the rest of us when faced with stressful situations.

"To stay calm and think positive," he said.

Good advice no matter how old, or whose hero, one might happen to be.