Officials believe speed was a factor in the crash. 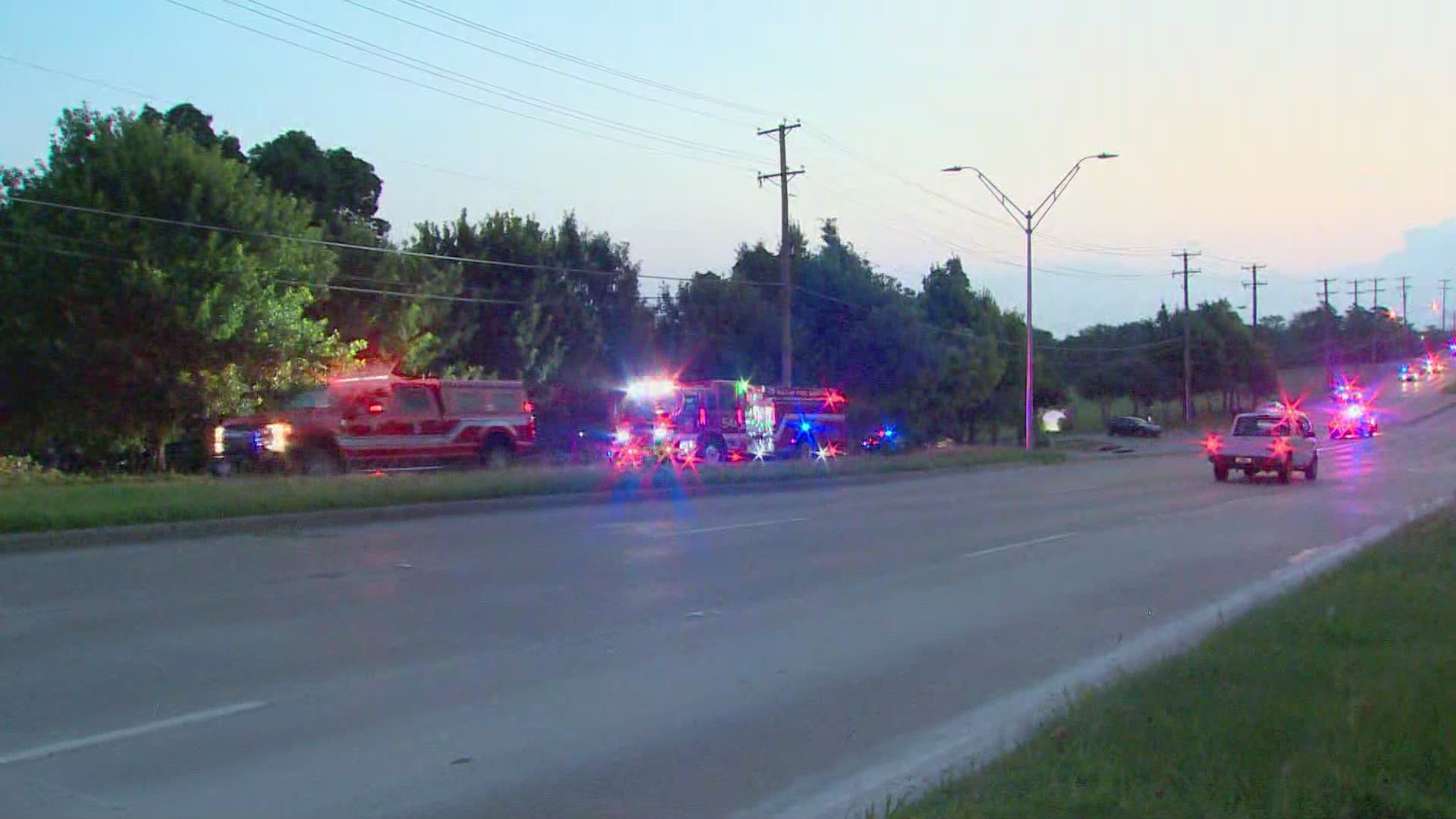 DALLAS — One person was killed and two other people were hurt in a crash Monday morning in Dallas, police said.

Three vehicles were involved in the crash, according to police.

A sergeant at the scene told WFAA that one vehicle rear-ended another before it rolled down an embankment, clipping some trees. The driver in that vehicle died.

The two people who were inside the car that was rear-ended were taken to a local hospital, the sergeant said. They are expected to survive.

Officials believe speed was a factor in the crash, but have not released any additional details.

The roadway was shut down for some time as a result of the crash but has since reopened.