1 person dead after car flipped into Dallas creek during storms

As of Friday night, authorities have not released the victim's name. 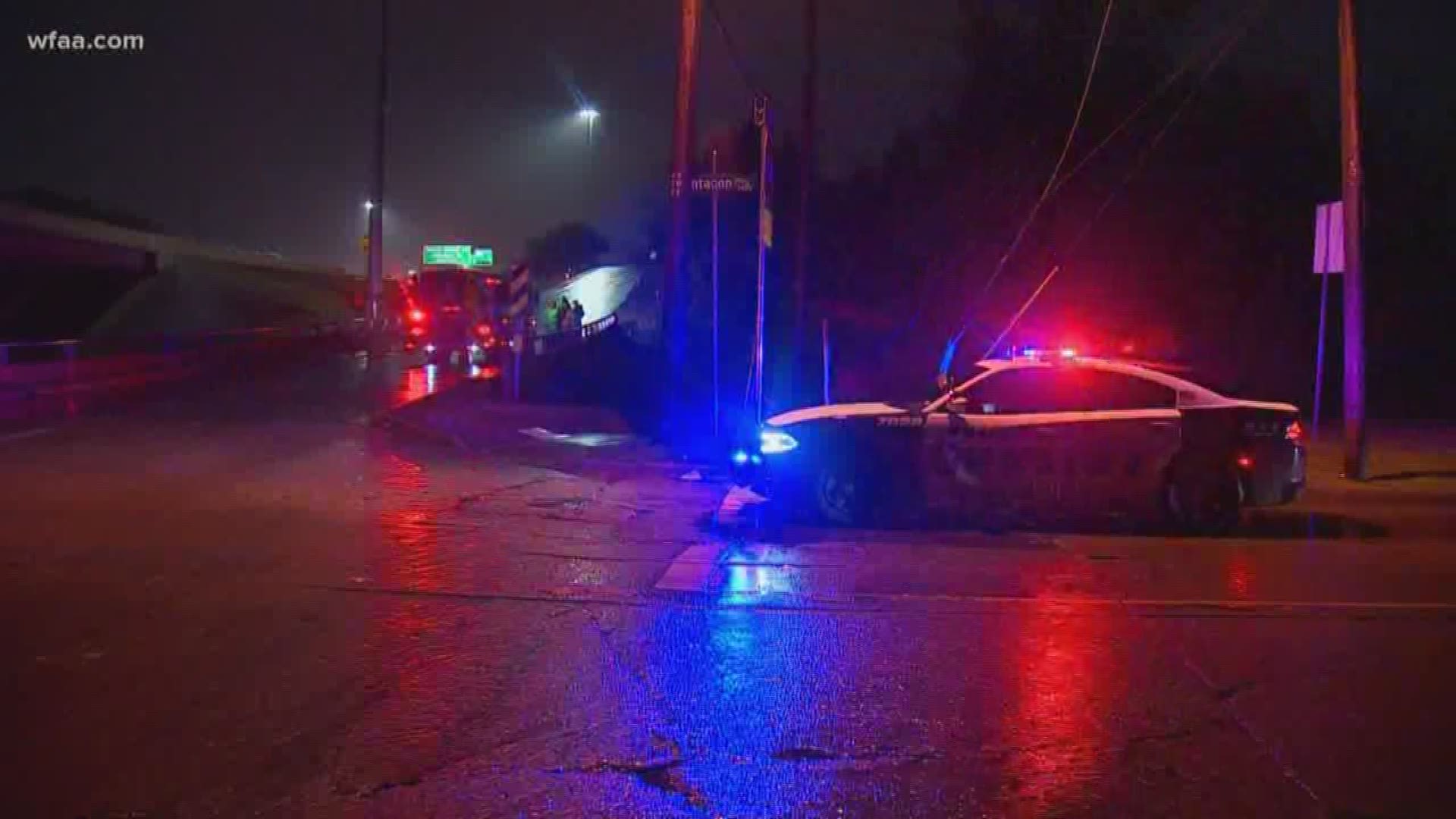 DALLAS — This story has been updated with additional information from police.

Dallas police say the crash occurred around 7 p.m. near the 1500 block of West Pentagon Parkway in Oak Cliff.

A vehicle flipped over into a creek due to the severe weather conditions, authorities said.

A person called police after they heard someone screaming, "Help, help!"

Storms moved across the Dallas-Fort Worth area, triggering tornado warnings, including one in Dallas. The area remained under a tornado watch.

Dallas Fire-Rescue crews performed a high-water rescue and extracted the victims from the vehicle.

Two people were transported to the hospital, but one of the victims was later pronounced dead, officials say.

Authorities have not publicly released the victim’s name.

Tow truck drivers said they were unable to recover the vehicle Friday night due to the water rising so fast.