No officers were hurt, police said. 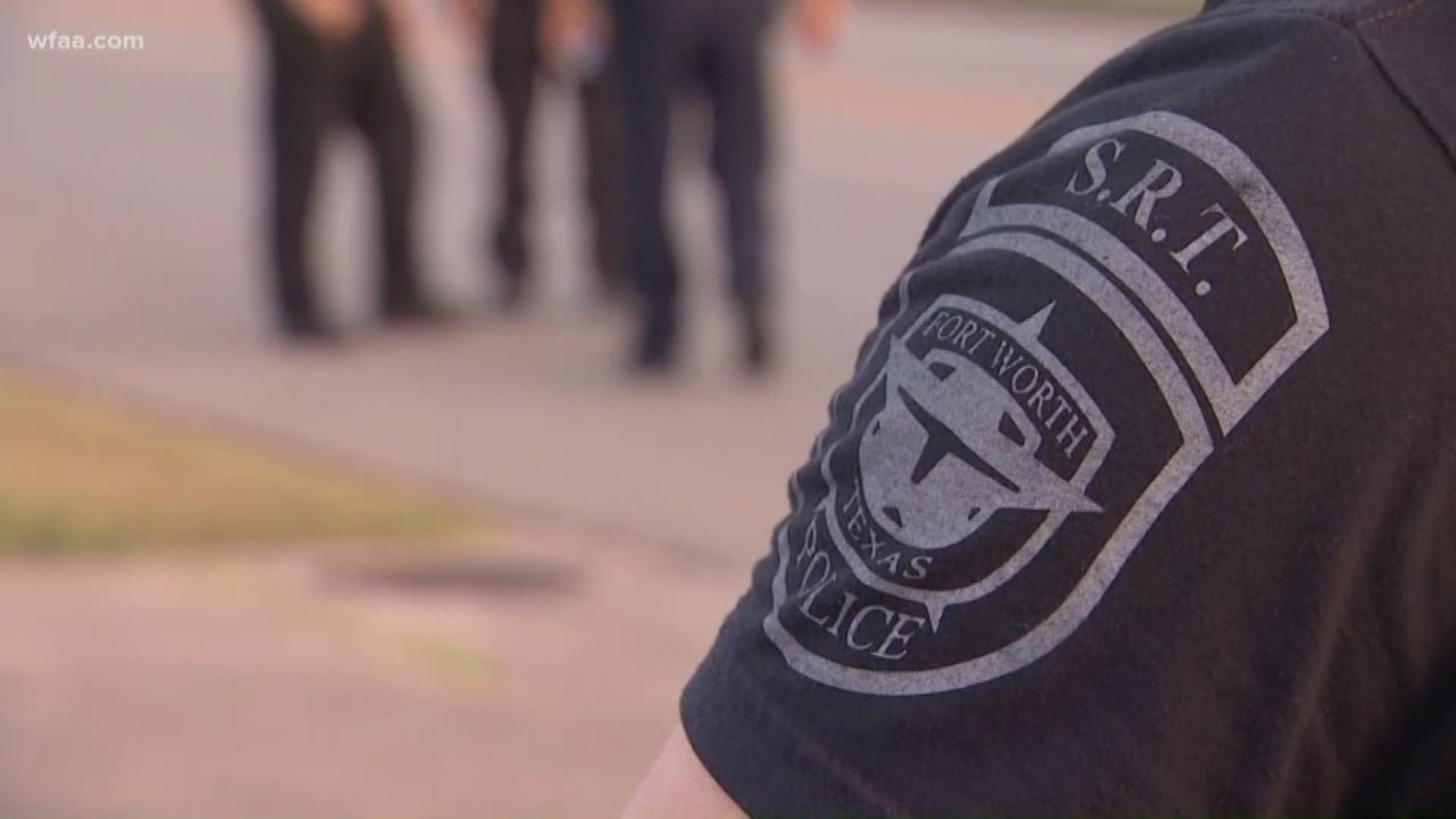 An 18-year-old man is dead after a shooting involving Fort Worth police Wednesday night in the 5900 block of Boca Raton Boulevard in east Fort Worth near I-30 and 820.

No officers were hurt, police said.

Sgt. Chris Daniels, a spokesperson for Fort Worth Police, told WFAA that officers came to the area before 5:45 p.m. to talk with an adult male who was a person of interest in a recent unsolved homicide.

That man, later identified as Amari Malone, 18, ran from several uniformed officers when they approached him, Daniels said.

Then, Daniels said Malone, "turned and displayed the gun at the officers."

At least one officer fired and hit the man, Daniels said. Malone later died after being transported to a local hospital.

Daniels said that officers collected a gun at the scene, but didn't confirm if body camera footage of the shooting had been secured yet.

He also couldn't say how many officers opened fire.

A city pole camera, which is used to monitor areas with high crime, was directly over the scene and likely recorded the shooting.

This is the second officer-involved shooting Fort Worth Police has had in a month, and the 9th since May, Police Policy Advisory Board member Rev. Kyev Tatum said at the scene.

Per Tatum, he and other community members want any and all video of the shooting released immediately.

It's the third fatal shooting for the department this year.