Like a cross between Spider-Man and a Taser: Watch Fort Worth PD's 'BolaWrap' in action 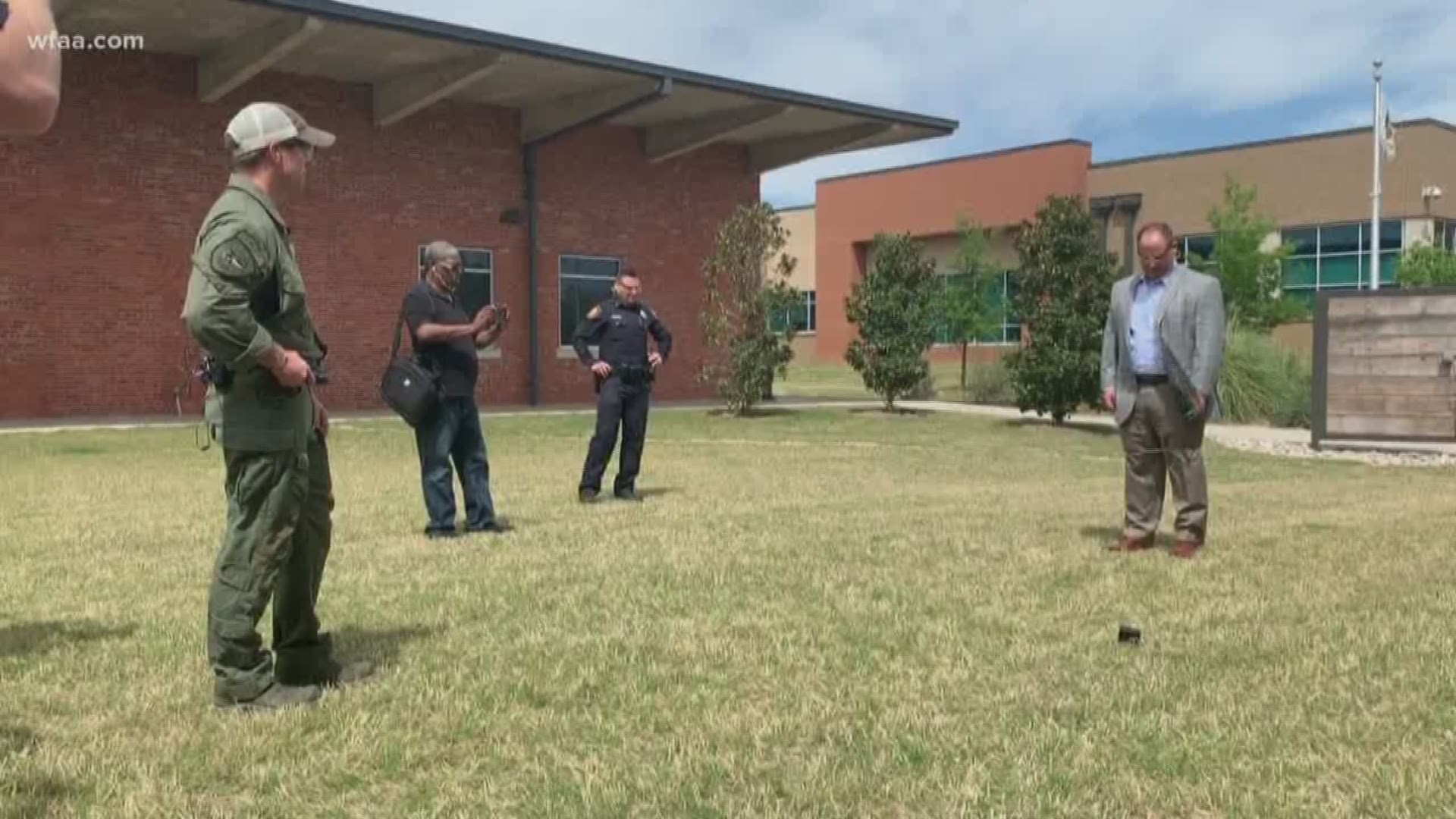 FORT WORTH, Texas — It looks like something out of a movie: a small device that shoots a cord around a person’s legs, restricting any movement.

It’s called BolaWrap. And it’s the newest device in the Fort Worth Police Department’s arsenal.

“It looked a little too good to be true,” said Lt. Todd Plowman, commander of the SWAT Section of the Fort Worth Police Department. “This technology’s brand new.”

Plowman said the department was looking for something non-lethal with a low risk of injury that they could use to help arrest suspects. After doing some research, they found BolaWrap.

Watch slo-mo footage of how the BolaWrap works: 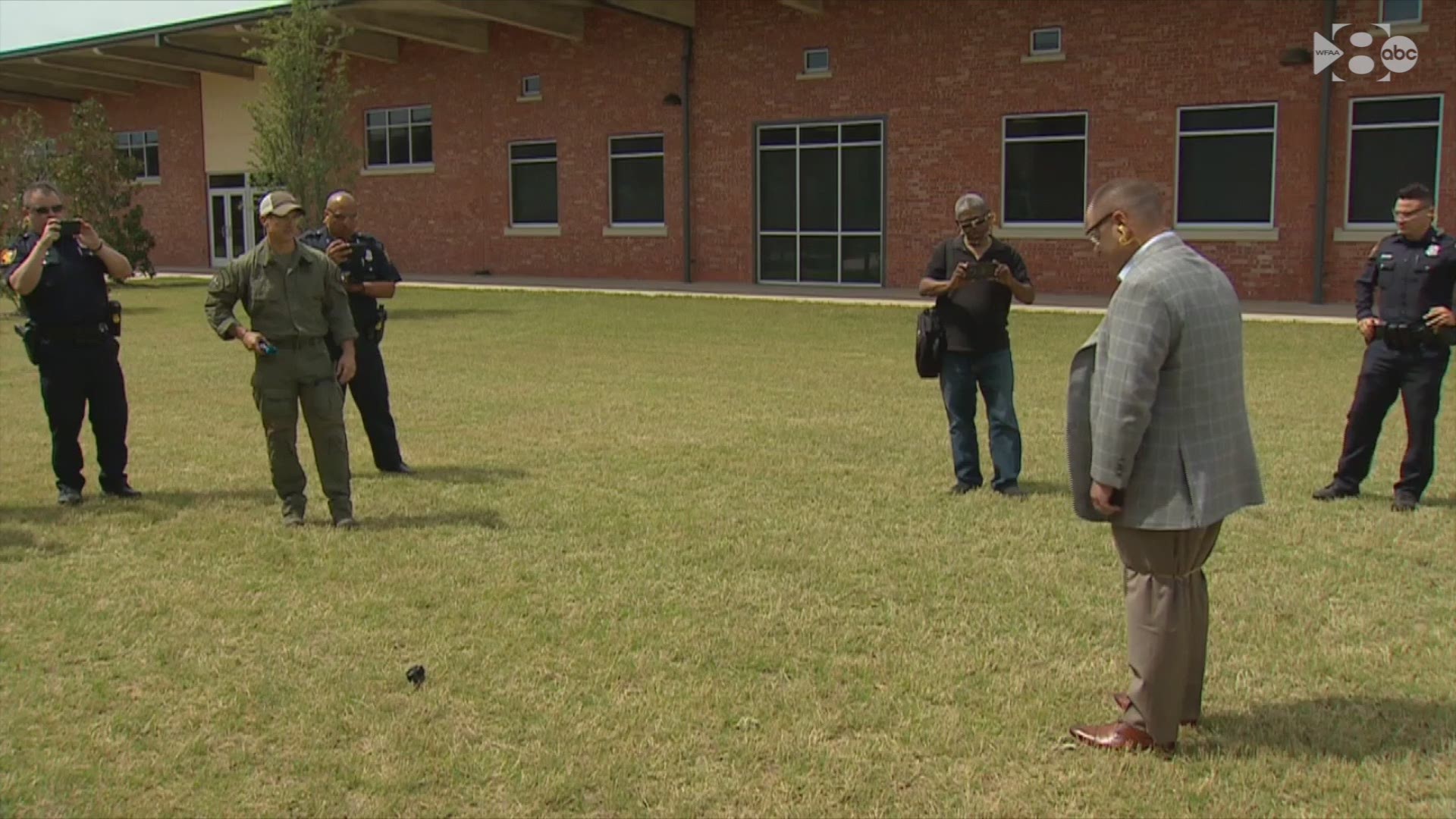 The device itself weighs less than a pound. Inside, it contains eight feet of Kevlar cord. And when the cord is deployed, it sounds like a gunshot.

Today, SWAT officers in Fort Worth are making history.

“We are the first department that has actually deployed the BolaWrap on an operation,” Plowman said.

A man facing felony charges barricaded himself inside a home recently. Fort Worth SWAT officers used gas canisters to force him outside – that’s when they used BolaWrap for the first time.

“When it goes off, it’s pretty loud,” said SWAT Officer Daniel McCreery. “Which is good for us because when I deployed it, the noise startled [the suspect]. He stopped what he was doing.”

According to BolaWrap’s website, more than 16 U.S. police departments are testing this device in the field. Three international countries are also testing the device.

“When we’re on a SWAT situation, we’re thinking about every tool that we have to end the situation safely. And so the BolaWrap will be a big part of that,” Plowman said.