68 people were arrested after protesting near UofL for justice in the Breonna Taylor case. 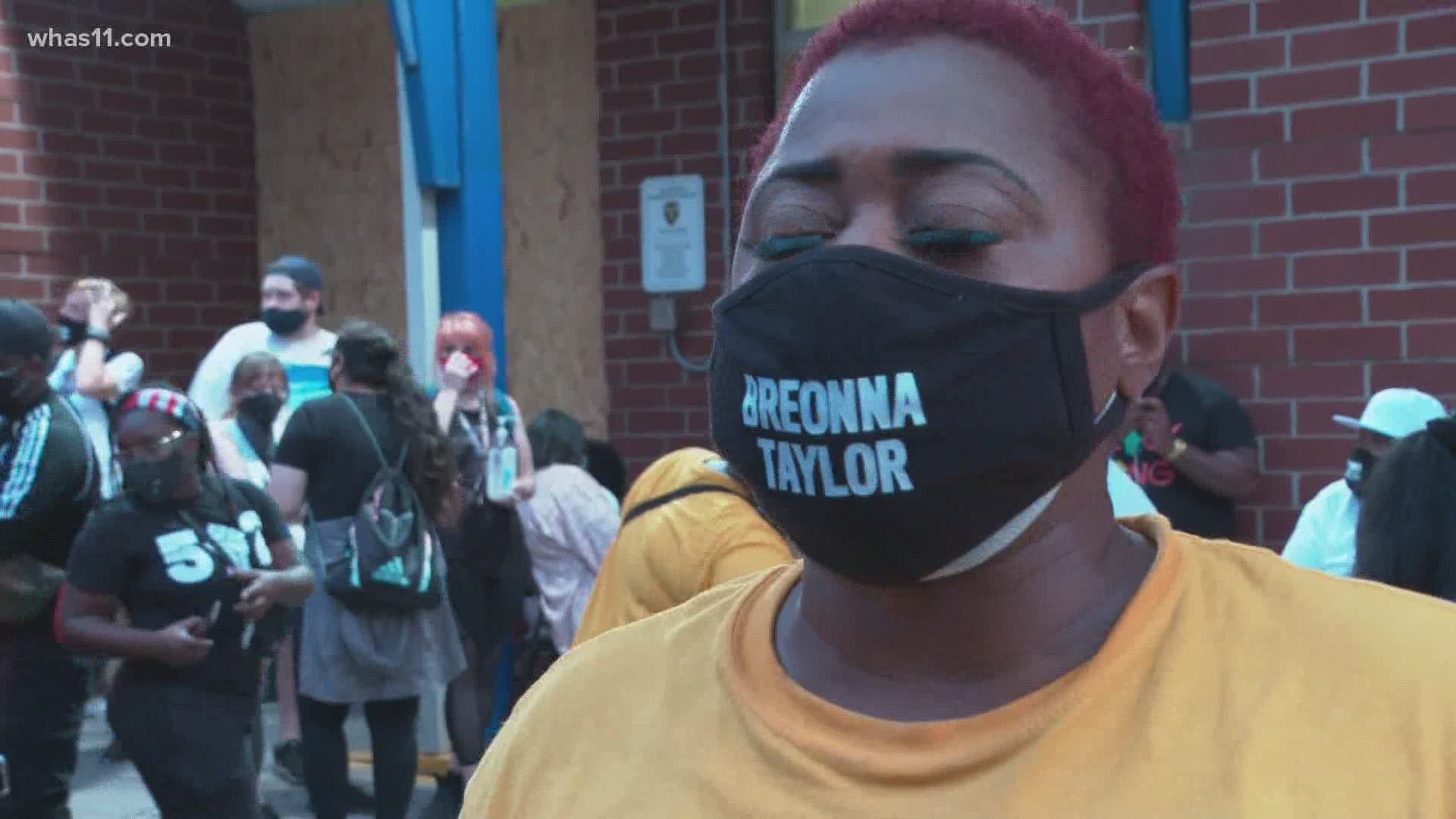 LOUISVILLE, Ky. — As the garage door opened on the side of Metro Corrections, prisoner transport vans toting protesters were met with cheers of support. The chants came from those arrested earlier.

Portia Miller was one of the 68 people arrested. She described the protesters were "locked in cages" but said, "we just kept going, we just kept protesting no matter what they were doing to us."

There were at least six vans of protesters unloaded at the jail. The protesters were charged with disorderly conduct and obstructing a roadway, which are both Class B Misdemeanors.

But not everyone at the protest was arrested, some were stopped after police blocked streets.

Jasiri X, a protester who traveled from Portland, said, "By the time we caught up to everybody  the police had already set up their cars and a flank of officers and they would not allow us to go up onto the bridge and they were only allowing people to walk back down from the bridge and anybody on the bridge would get arrested."

He and others changed routes, and headed toward downtown after the arrests started. They gathered outside the jail booking doors, and waited, as more vans brought protesters in.

"We're out here supporting them and letting them know we're waiting on them," Tyra Walker, President of Kentucky Alliance Against Racism and Political Oppression, said.

Outside the jail, the group chanted and sang with the protesters on the inside. The supporters promised to wait until everyone got out.

From inside the booking area at Metro Corrections- we can hear “This little light of mine”. Protesters joining in from the other side of the garage door. pic.twitter.com/DJXGPKNjcQ

"Some of us will be here until they get out," Walker said.

The first releases came around 8:30 p.m. Miller was one of the first to be released. She said it was the outcome she expected.

"Anytime I come into these protests I come in knowing something is going to happen and I have to be ready for it but I'm coming in on the right side of the law," Miller said.

It's the second time something like this has happened in Louisville... the first was after 87 people were arrested at Attorney General Daniel Cameron's house.

Williams said he's worried this won't end until the city has answers.

"Until there's some indictments or at the very least some arrests, all of this is going to blow up in the city's face," Williams said.