One Lonoke County 6-year-old wished to learn about a world he may not get the chance to experience. 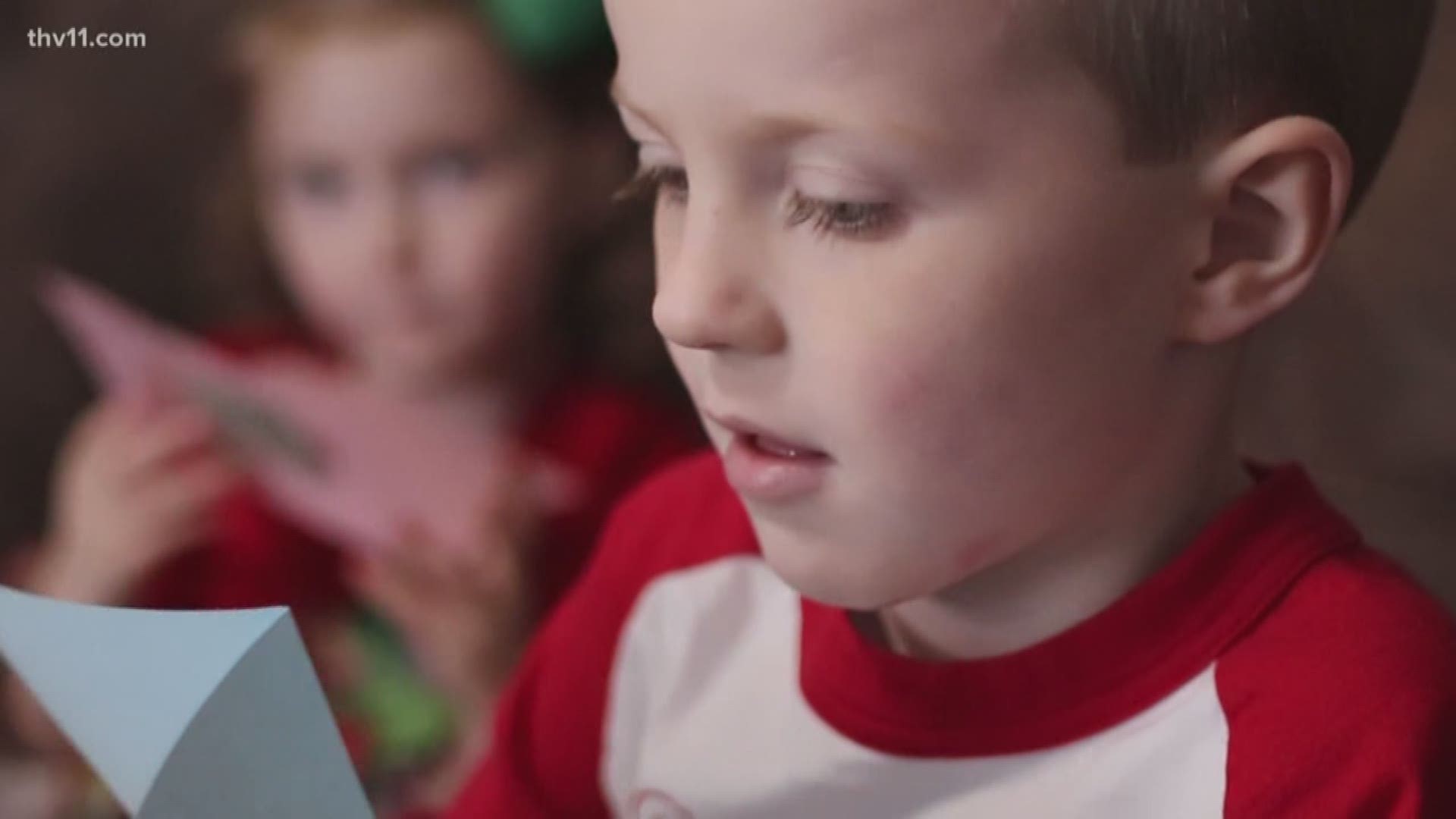 AUSTIN, Ark. — Think back to when you were six-years-old making your Christmas list. Maybe you asked for a new Hot Wheels Car or a limited edition Barbie.

Well, this year, a 6-year-old boy in Lonoke County has a gift unlike any other.

Jackson Barnes from Austin, Arkansas, wished to learn about a world he may not get the chance to experience.

Stevie Barnes, Jackson's mother, said it all started with a trip to Wal-Mart when Jackson saw a North Pole mailbox.

"He started talking about Santa sending him cards and gifts through the mailbox, so that’s when I went back and got the mailbox," she said.

Stevie said on Jackson's Christmas gift he asked if Santa could send him Christmas cards from people all over the world.

"He’s very interested in just everything, he wants to experience a lot of things," she said.

Stevie posted her son's wish on Facebook and in a matter of no time the cards starting rushing in.

Jacksons Journey With Batten
🎄🎄 FRIENDS & FAMILY 🎄🎄 Jackson was diagnosed May 7th, 2019 with Batten Disease CLN3. CLN3 disease is an inherited fatal disorder that primarily affects the nervous system. After 4 to 6 years of...

"I never would've imagined," she said.

Stevie said now more than 300 letters from people all around the world take over her family's coffee table.

"I never would've thought that we would've gotten some from like overseas and that would be so far away," she said.

Stevie said people from as far away as the UK and as close as the junior high down the street are sending Jackson love, reminding him he is not alone.

"So we found out May 7th of this year that he had Battens disease. I, of course, had no idea what anything about it was," she said.

Stevie said it's a rare, fatal disorder that mainly affects the nervous system.

"He'll have seizures, he'll lose his cognitive skills around 9 or 10, wheelchair-bound eventually," she said.

Stevie said over the past year it has already caused Jackson to lose his sight, but she said that hasn't trumped his one-of-a-kind spirit.

"He is just happy and that makes me be stronger whenever he's happy and knowing that he's going through that and I can only imagine how he feels," she said.

A simple request to Santa about a 6-year-old's Christmas wish to get letters from around the world reminds all of us the true meaning of the season.

"No matter what you're going through there's always something to be thankful for and positive about," Stevie said.

If you want to help make Jackson's Christmas wish come true, you can send your cards to: