'It was a mistake': Marijuana-'Moana' cake mix-up costs designer her job

Some people can't stop laughing after a mix-up at a Milledgeville Dairy Queen, but the woman who decorated that cake is not laughing. 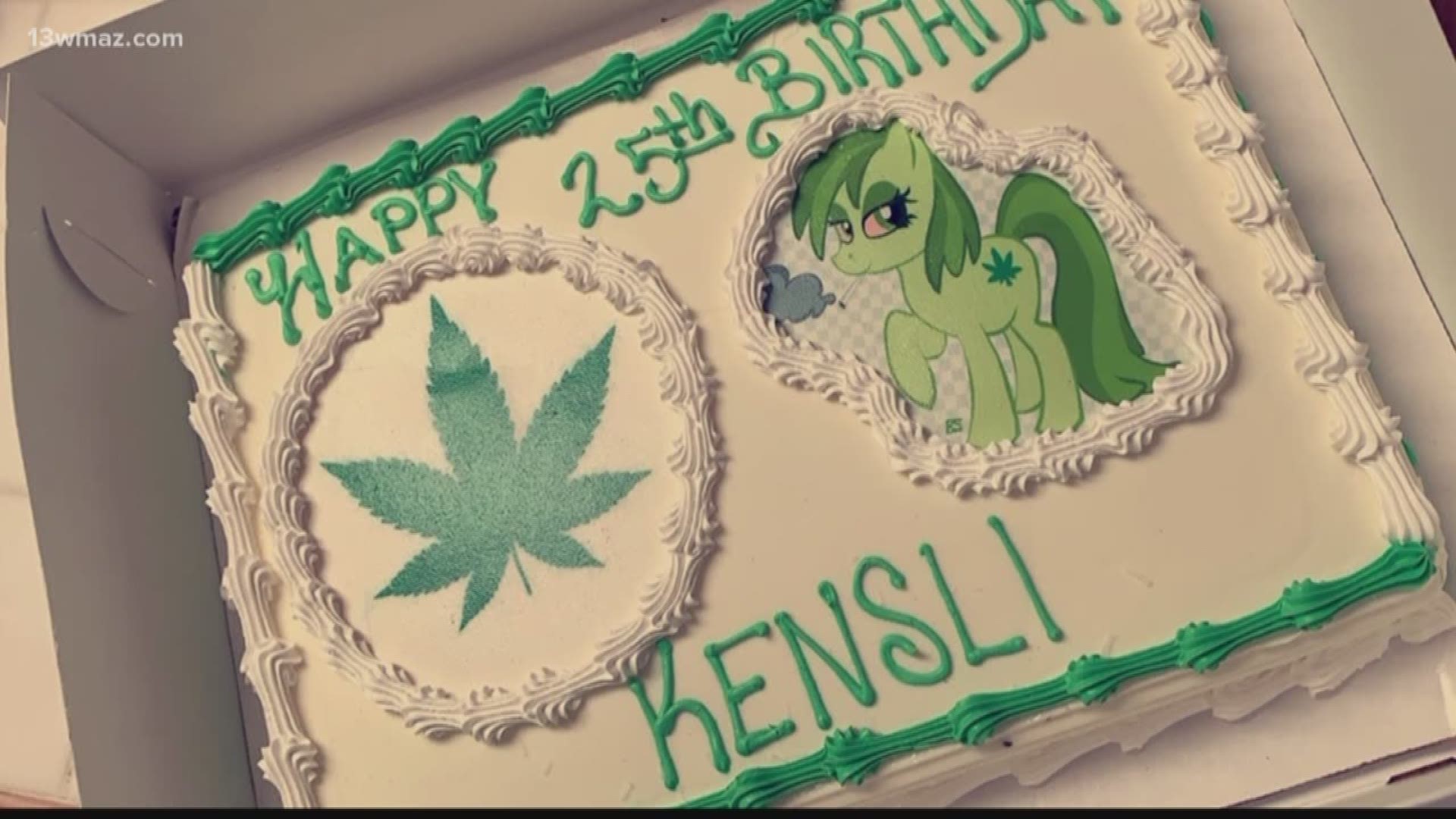 Some people can't stop laughing after a mix-up at a Milledgeville Dairy Queen, but the woman who decorated that cake is not laughing.

Cassandra Walker designed the infamous cake, thinking she was filling an order for a marijuana-themed ice cream cake.

"Once I boxed up the cake, she walked it up for me and I kind of scurried up behind her. I wanted to see the customers reaction to the cake," said Walker.

Kensli Davis says her mom asked for a cake with Moana, her favorite Disney character.

"It was hilarious to me," said Davis.

"I can see where they get it, that it's a funny mix-up, but at the same time, they do not know I lost my job behind it," said Walker.

Walker got the news on her birthday.

She was given separation papers from Dairy Queen that state she was at fault for designing the cake. They called it unacceptable.

"I've never had anyone tell me I couldn't make this kind of cake," said Walker.

Walker says now, she's out of work, spending time with her daughters. Her youngest, Jameia Hurt, says it's given them time to bake treats together.

"I like the cakes we do and I'm sad because my mommy just lost her job," said Jameia.

"It was a mistake -- it was a cake! I thought they would have said, 'It's a learning lesson and we'll keep you.' No, just a boot out the door," said Walker.

Walker says she'd been decorating cakes since 2002. It's her passion. She's already sad she doesn't have an outlet to show off her creativity.

Walker says one of the managers contacted her Thursday and invited her to come back to work. She says she turned them down because it took them too long to do the right thing.

"This was a simple misunderstanding from the beginning. Our cake decorator designed a cake based on what she thought she heard the customer order. When the customer picked it up and said it was not what she ordered, we immediately apologized for the error and offered to redesign it the way she originally intended. The customer said it was fine, paid for the cake and left."

RELATED: Woman accused of eating half a cake at Walmart then demanding she only pay half price at checkout